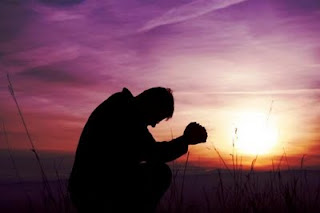 Upon the completion of the Jerusalem temple—the center of Jewish worship—Solomon reminded the Israelites that God is worthy of adoration and praise simply because of who He is and because of all that He has done (1 Kings 8:56-60). Then the king declared: "Let your heart therefore be loyal to the LORD our God, to walk in His statutes and keep His commandments, as at this day" (v. 61 NKJV). Solomon’s plain yet solemn admonition highlights what is reiterated throughout scripture, namely the two fundamental requirements for acceptably approaching the throne of God: (1) a heart wholly devoted to Him, and (2) humble obedience to His revealed will.
Disruptions and Deviations
At the death of Solomon, his son Rehoboam took the throne and attempted to rule with an iron fist, inciting a rebellion that led to the eventual division of the nation. Nebat’s son, Jeroboam, took control of the northern kingdom and did not want his people worshiping in Jerusalem and potentially being influenced to turn against him. He thus devised more convenient and innovative forms of worship in their own land, including new sacrifices, feasts, images, shrines, and priests (1 Kings 12:1-33).
The years that followed witnessed nineteen consecutive evil kings and a sustained digression in the North. Consequently the LORD allowed the Assyrians to conquer and exile the northern Israelites, and their land was repopulated with pagans from various Gentile nations (2 Kings 17:5-24). The chief complaint of these new inhabitants was that they did not know "the rituals of the God of the land" (v. 26), so an Israelite priest was repatriated to teach them how to worship the God of Israel (vv. 27-28). The intermingling of these new settlers with a remnant of the former populace resulted in what came to be known as the Samaritan race, whose worship was a mixture of God-revealed worship and man-made worship (vv. 29-41; cf. Ezra 4:2).
Revelation and Restoration
A few centuries later, as Jesus of Nazareth passed through this land, He encountered a Samaritan woman (John 4:1-18). After a brief discussion about "living water" and morality, the conversation turned to the topic of worship (the term is used eight times in vv. 20-24). As the woman enquired about the rightful place of worship (Mt. Gerazim or Jerusalem?), Jesus informs her that the place of worship is not as important as how one worships. As a matter of fact, the Samaritans were essentially worshiping in ignorance, while the Jews at least worshiped according to God’s revelation (v. 22).
The mention of "true" worship (v. 23) naturally implies the converse reality of false worship. Yet the Samaritans were not the only ones who had it wrong. When Jesus said that true worshipers "will" worship the Father, the subtle indication is that neither the Samaritans nor the Jews, for the most part, were currently doing it correctly. In fact, when Jesus later applied the words of Isaiah 29:13 to Jewish scribes and Pharisees, He exposed their absence of the fundamental requisites for acceptably worshiping God. Neither their hearts nor their teachings were in line with the divine will (Matthew 15:1-9).
Alternatively, Jesus goes on to explain to the Samaritan woman that the two essential elements of faithful worship are "spirit and truth" (John 4:23). The human spirit is elsewhere described as the inner person or the heart, including one’s thoughts, intentions, attitudes, and motives (cf. Romans 1:9). The truth is equated with God’s revealed word (John 8:31-32; 17:17). Jesus was simply restoring worship to what it was originally intended to be. The importance of this is shown further by His repetition of these directives in v. 24, stating that one "must" worship accordingly to be regarded as a true worshiper.
Respecting Revelation and Continuing Restoration
Today we still need to be concerned about restoring worship according to God’s design. Many, like Jeroboam of old, are discontent with the simple worship of days gone by and call for a more convenient, exciting, or even entertaining style of worship. In a misguided attempt to generate deeper spirituality, certain ones naively think that changing the outward forms of worship is the answer. While some changes might be good and necessary (in line with biblical teaching), many are not. Genuine spirituality is just not developed from the outside in.
There are others, however, like the early Samaritans, who seem to be chiefly concerned about "the rituals of the God of the land." They are satisfied as long as the correct externals are in place. But simply going through the motions—even the right ones—is meaningless without dedicated, reverent, worshipful hearts.
The Bible presents a balanced approach: worship that is pleasing to God both internally and externally. True Christian worship involves observing the Lord’s supper with the proper focus, praying and singing with the right spirit, reflectively hearing the word of God, and giving with purposeful and cheerful hearts (1 Corinthians 11:23-29; 14:15; Romans 10:8; 2 Corinthians 9:7).
Conclusion
If one is truly seeking the Lord and sincerely desiring to please Him, the simple forms of worship revealed in the New Testament will not only be sufficient, they will be all that one wants to bring to the heavenly throne as worship is offered in spirit and truth. Let us avoid the mistake of the ancient Samaritans of only caring about external "rituals" without having hearts dedicated solely and completely to the Almighty. Let us avoid the error of Jeroboam and his successors of changing the forms of worship which God has revealed, sanctioned, and authorized. May we approach our Creator only as He desires, with genuinely devoted hearts and uncompromising allegiance to His immutable word.
–Kevin L. Moore

Originally appearing in The Voice of Truth International (49:92-94) and republished in The Summit Chronicle 5:1 (December 2007): 1-2, http://www.churchofchrist.org.nz/assets/summitchronicle/Summit_Chronicle_Issue5.pdf

Related Posts: Musicals, Football, & Folks Leaving the Church; What Are You Getting Out of Worship?; Musical Praise & Biblical Silence