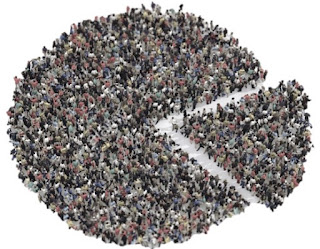 The prophet Zechariah prophesied around 520 BC, the second year of Darius, king of Persia. Like his contemporary Haggai, Zechariah was commissioned to motivate the post-exilic Jews, but unlike the fiery speeches of Haggai, Zechariah encouraged with positive glimpses of Jerusalem’s future. He pleaded with his fellow-Jews to learn from and not repeat the sins of their forefathers, while he issued warnings to the enemies of God’s people. He also shared visions of Jerusalem’s glorious future, along with a number of messianic allusions (e.g. 9:9; 12:10; 13:7; 14:9).

In the midst of these prophecies the Lord declared: “‘And it shall come to pass in all the land,’ Says the Lord, ‘That two-thirds in it shall be cut off and die, But one-third shall be left in it: I will bring the one-third through the fire, Will refine them as silver is refined, And test them as gold is tested. They will call on My name, And I will answer them. I will say, ‘This is My people’; And each one will say, ‘The Lord is my God’” (Zech. 13:8-9 NKJV).

In Judaism the firstborn not only had special status but greater responsibility and was therefore granted a double portion of the family’s inheritance (Ex. 4:22; Deut. 21:17). This, it seems, is the significance of “two-thirds” in Zechariah 13:8. The majority of the original flock, having been granted a double portion – a covenant with God, the law, the land, special favor (Rom. 3:1-2; 9:4-5; etc.) – rejected Christ and would then suffer the consequences (Matt. 23:37-38; Rom. 2:5).

Posted by amerikiwi at 09:18 No comments:

The Priesthood of Melchizedek 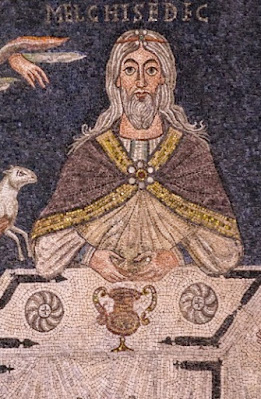 Melchizedek was “priest of the Most High God,” long before the Levitical priesthood of the Israelites. Some form of mediatorial priesthood seems to have existed from the earliest times, the duties of which were discharged by those who occupied positions of leadership.1 Abraham gave Melchizedek “a tenth of all [the spoils of his victory],” following the rescue of Lot and after Melchizedek had blessed him (Heb. 7:1-2a; cf. Gen. 14:14-20).

Melchizedek is said to have been without father, mother, genealogy, beginning or end (Heb. 7:3a), which must be understood with respect to his priesthood. Under the Law of Moses the office of priest was determined by ancestry (cf. Deut. 18:1-8). Melchizedek’s priesthood was conferred directly from God, perhaps based on personal credentials, but was not inherited from his parents or according to genealogical descent. The Levitical priesthood (through Aaron’s family) was passed on from generation to generation, so there was a beginning and an end in conjunction with the lifespan of each priest (cf. Heb. 7:23; Num. 20:24-29). Melchizedek’s priesthood was not inherited by a predecessor or passed on to a successor, thus there was no beginning or end in the sense of succession.

Melchizedek was “made like the Son of God” in that his priesthood abides “continually” (NKJ) or “perpetually” (NAS) or “forever” (NIV) (Heb. 7:3b). The Melchizedek order of priesthood is superior to the Levitical order of priesthood (Heb. 7:4-10) for the following reasons. First, Melchizedek received tithes from Abraham (vv. 4-6) – the acknowledged father of all Jews. Second, Melchizedek (the greater) blessed Abraham (the lesser) (v. 7). Third, mortal (lit. “dying”) men (i.e., Levitical priests) receive tithes “here” (presently–at the time of writing), but they eventually die and are succeeded, whereas Melchizedek received tithes “there” (in the past) but he “lives on” (v. 8); as far as historical documentation, his death is unrecorded and he lives on in scripture, and he lives on in the sense that his priesthood has no end (cf. v. 3). Finally, Levi himself, in proxy through his great-grandfather Abraham, paid ties to Melchizedek (vv. 9-10).

The rest of the chapter addresses the importance of the new priesthood (Heb. 7:11-28), and the main point is that Jesus is now our great High Priest and therefore superior to the old-covenant system of the Jews (Heb. 8:1–10:23). As a descendent of Judah rather than Levi he could not serve as high priest under the old system. But since his priesthood is according to a different order, viz. the order of Melchizedek, his role is divinely authorized and scripturally justified for the reasons just given.

Posted by amerikiwi at 17:30 No comments: 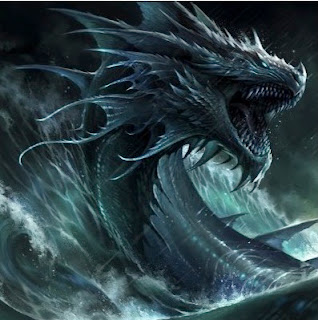 “In that day the LORD will punish Leviathan the fleeing serpent, With His fierce and great and mighty sword, Even Leviathan the twisted serpent; And He will kill the dragon who lives in the sea” (Isaiah 27:1, NSAB 1995).

This is a warning of approaching judgment against sinful nations, as in previous chapters of Isaiah’s 8th-century-BC prophecies, the Lord’s “sword” symbolizing death and destruction. Egypt and Assyria are specifically named (vv. 12-13).

The term “Leviathan” is typically a poetic expression, a serpentine sea creature emblematic of evil forces (cp. Psa. 74:13-14), similar to the metaphoric depictions of the Roman Empire as a seven-headed sea beast and Satan as a seven-headed dragon (Rev. 13:1-8; 12:3-9).

Isaiah was prophesying about the Lord’s punishment of evil nations, using symbolic imagery. While fulfilled many times over, in particular the mighty empire of Egypt succumbed to the invasions and control of the Assyrians (671 BC), the Persians (525 BC), the Greeks (332 BC), and the Romans (30 BC). The Assyrian empire fell, after prolonged civil wars and uprisings, to the Babylonians, with the help of the Scythians, Cimmerians, Medes and Persians, by 609 BC. All of this was God's judgment for the wickedness of these nations.