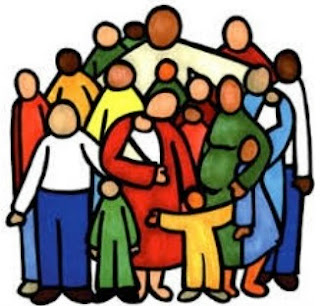 *Prepared for the 2016 SEIBS lectureship.

Related articles: Steve Higgenbotham's Why Christianity is So Offensive 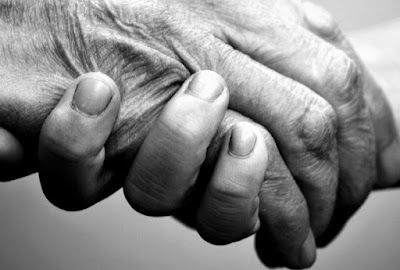 Titus1 first appears in the biblical record in connection with the Antioch church in the province of Syria. He was included among the “certain others” who accompanied Paul and Barnabas to Jerusalem to address the circumcision controversy in a meeting with the apostles and elders (Acts 15:2; Gal. 2:1). As an uncircumcised Greek, Titus was not compelled to submit to the Jewish rite of circumcision (Gal. 2:3), thus serving as a test case impacting all other Gentile converts (Acts 15:19-29).
Paul describes Titus as “a true son in [our] common faith” (Tit. 1:4 NKJV), indicative of their close relationship and suggesting that Titus may have been one of his early converts.2 The apostle did not regard him as a subordinate, but as a partner and co-worker (2 Cor. 8:23). Seeing that they labored so closely together during much of Paul’s ministry, it is curious that Titus is unnamed in Luke’s historical record of Acts. It has been suggested that perhaps Luke and Titus were brothers, which, for modesty’s sake, would explain why neither name appears in the Acts narrative.3
Approximately six years after the Jerusalem conference, Paul was deeply concerned that his recent letter to the Corinthians might have been too harsh and ill received. Until he could travel to Corinth himself, he was anxious to hear about their present spiritual state and how they were reacting to his admonitions. He strongly urged Apollos to make a follow-up visit, but Apollos was “quite unwilling” at the time (1 Cor. 16:12).4 However, Titus, “of his own accord,” took the initiative and ventured into this volatile environment to check on the troubled church and offer his assistance (2 Cor. 7:13-15; 8:17).5
The original plan, it seems, was for Paul, on his way from Ephesus to Macedonia, to meet with Titus in the coastal city of Troas. But Paul had “no rest in [his] spirit” when he did not find Titus there (2 Cor. 2:12-13).6 Moving on to Macedonia, the two finally reunited, and the distraught apostle was greatly relieved when Titus delivered a positive report (2 Cor. 7:5-15; 8:16-17). Paul was genuinely grateful to the God of all comfort for the encouragement he received (2 Cor. 1:3-4), acknowledging Titus as the instrument through whom God’s comfort was administered (2 Cor. 7:6).
Titus was then sent back to Corinth with other responsible brothers to deliver the latest letter (from Paul and Timothy) and to help the Corinthians complete their benevolent contribution for the Judean saints (2 Cor. 1:1; 8:6, 16-24; 12:18). Titus was obviously someone in whom Paul had a great deal of confidence. He shared the apostle’s affection for the Corinthian brethren (2 Cor. 7:15; 8:16), having developed a mutual relationship of respect and trust (2 Cor. 7:13; 12:18).
Years later, after Paul’s release from his first internment at Rome, Titus accompanied him to the island of Crete, where he was left to “set in order the things that are lacking, and appoint elders in every city …” (Tit. 1:4-5). Paul then drafted a letter to him (the NT epistle bearing his name) detailing his weighty responsibilities. Titus was not only charged with the difficult task of helping to establish and organize multiple congregations, he also had to stand against (and equip others to stand against) antagonists and false teachers. Eventually another capable evangelist (Artemas or Tychicus) was to arrive in Crete to relieve Titus of his duties so that he could join Paul again at Nicopolis (Tit. 3:12).7
During Paul’s second Roman imprisonment, as he anticipated imminent death, Titus was headed to Dalmatia (2 Tim. 4:10), the southern region of the ancient province of Illyricum (modern-day Croatia). Though the purpose of this mission is not stated, he probably went to follow up on Paul’s previous work there (cf. Rom. 15:19). This is the last mention of Titus in the Bible, and the rest of his story is uncertain. According to tradition, he returned to Crete where he spent the rest of his life in ministry until his death at an advanced age.
Lessons from Titus:
o   Titus was an effective transmitter of divine comfort (2 Cor. 7:6). This could only be possible if he himself was acquainted with suffering and was carried along by the God of all comfort (2 Cor. 1:3-4). Titus was a willing instrument in God’s hand as he ministered to the downtrodden.
o   Titus took initiative (2 Cor. 8:16-17). He saw what needed to be done and acted “of his own accord.” He put the Lord’s work and the interests of others before himself.
o   Titus did not shy away from difficult tasks (2 Cor. 8:17; Tit. 1:5). Even when others were not as willing (e.g. 1 Cor. 16:12), he could be counted on to tackle the more unpleasant realities of church work.8
o   Titus was proactive (Acts 15:2; Gal. 2:3; 2 Cor. 7:6; 8:17; Tit. 1:5; 3:12-14; 2 Tim. 4:10). He was not a spectator. He did not sit around waiting for someone else to render service in God’s kingdom. He was an effectual peacemaker, a thoughtful encourager, a proficient organizer, a courageous missionary, and an uncompromising defender of the faith.
o   Titus was capable, competent, and dependable (2 Cor. 8:16-24; 12:18). He developed his talents and maintained his integrity to the glory of God.
o   Titus earned the confidence and respect of the apostle Paul as a partner and co-worker (2 Cor. 8:23). His valuable contribution to the Lord’s cause should not be overlooked.
Titus is a 1st-century hero of our common faith, and there is much we can learn from his noteworthy example. May we all strive to be more like him.
--Kevin L. Moore

Endnotes:
1 The name Τίτος is of Latin derivation and was a common praenomen among the ancient Romans. One of the more notable figures who wore this name was Titus Flavius Caesar Vespasianus Augustus, the commander of the Roman forces that demolished Jerusalem in 70 and reigned as Roman emperor from 79 to 81.

2 Cf. 1 Cor. 4:14-15; Gal. 4:19; 1 Thess. 2:11; 1 Tim. 1:2; 2 Tim. 1:2; 2:1. If Titus was converted by Paul and was from Syrian Antioch (where he makes his first appearance on the biblical scene), he was probably converted during the year that Barnabas and Saul labored together in Antioch, where the disciples were first called Christians (Acts 11:25-26). But there is not enough explicit information to be certain.
3 In the Fourth Gospel neither John nor his brother James is mentioned by name. According to Eusebius, Luke was born at Antioch (Eccl. Hist. 3.4.6), the city where Titus first appears in scripture.
4 Timothy had been sent to Corinth, but Paul had not heard back from him yet (1 Cor. 4:17; 16:10).
5 The aorist ἐξῆλθεν in 2 Cor. 8:17 conveys completed action (“he went”), as rendered in the ASV, N/KJV, JB; see also ERV, HCSB, ISV, NASB. The most obvious sense is in reference to a previous visit Titus had made to Corinth (as noted above). However, some versions have worded the expression as though it were a present tense verb: “he is coming” (NET, NIV), or “he is going” (ESV), alluding to the visit that Titus is making or getting ready to make. This changes what Paul actually says, which, in my judgment, is without justification. For more chronological details, see K. L. Moore, A Critical Introduction to the NT 42-45.
6 It may have been the case that Paul arrived in Troas earlier than planned because of his premature departure from Ephesus due to civil unrest (Acts 19:23; 20:1).
7 The location of Nicopolis is uncertain, since different cities shared the same name in various places. It is possible that this particular Nicopolis was in Thrace (near the borders of Macedonia) or in Cilicia, but more likely in the province of Epirus in northwestern Greece (see BDAG 673; E. F. Harrison, Introduction to the NT 349).
8 Arthur H. Curtis observes that Titus was “more robust in temperament than Timothy” (The Bible Companion, ed. W. Neil 260); cp. 1 Cor. 16:10; 1 Tim. 5:23; 2 Tim. 1:7-8.

Religious Dialogue 101: For the Lazy and Dishonest (Part 4 of 4)

16. A False Dilemma is created when one offers two extremes as the only alternatives to a position, when there are actually other options. In response to an article I had written on 1 Cor. 14:34-35,1 an anonymous critic accused me and other conservative Christians of inconsistency, because Paul’s admonition for “women to keep silent” in the assemblies and not “to speak” would prohibit them from singing (cf. Eph. 5:19); so if we allow women to sing in our corporate gatherings, we ought to let them preach. These limited choices form a false dichotomy, because it’s really not an either-or option. In context, the silence (sigáō) and the prohibition to speak (laléō) are also enjoined on male tongue-speakers (when there is no interpreter, v. 28) and on male prophets (when someone else is talking, v. 30). That is, they were not to speak as to lead the assembly. The silence here does not forbid singing (v. 15), saying “amen” (v. 16), or public confession (1 Tim. 6:12). The admonitions concern public speaking in leading the corporate assembly.2

17. Making a mountain out of a molehill is an overreaction or an overstatement that makes too much out of a minor issue. It has been alleged that among the surviving New Testament manuscripts there are up to 400,000 variations, leading many to infer that the scriptures have been substantially distorted over the centuries to the point they are no longer trustworthy.3 On the surface this may seem quite alarming until it is reasonably assessed from an informed perspective. The fact of the matter is, the vast majority of these variants are so trivial as to not even be translatable. For example, the most common occurrence is an anomaly known as “the moveable nu,” where a word sometimes ends with the letter nu (the 13th letter of the Greek alphabet) and sometimes it does not. Either way the word’s meaning is exactly the same and the sense of the passage is entirely unaffected. But every time it appears in the multiplied thousands of pages of Greek manuscripts, it is counted as a textual variant. Most other variations involve relatively minor details, such as spelling, reduplication, and word order, but no fundamental doctrine of the Bible is in doubt because of textual uncertainty (see Changes in the Bible Part 1).

18. Ad Hominem is an attack on someone’s character or motives in an attempt to dismiss the person’s stated conviction rather than directly addressing the argument itself. If one objects to female leadership roles in the church, some will accuse him of patriarchal misogyny and oppressing women. To reject gay marriage and to oppose the homosexual lifestyle makes one susceptible to the charge of homophobia and hate speech. If, however, we could discuss these issues sympathetically and fairly, we could see that it’s conceivable to love and respect women while complying with scriptural guidelines on gender roles (cf. Eph. 5:22-23).3 It is also possible to be concerned and genuinely care about homosexuals without compromising biblical morality (cf. 1 Cor. 6:9-11).4 Since only Jesus could legitimately know what was in a person’s heart (Matt. 9:4; 12:25), if a disputant attributes questionable motives instead of addressing the issue at hand, he is guilty of an ad hominem attack and not honest dialogue.
-- Kevin L. Moore