Dispelling Popular Myths about “the Thief on the Cross”

First of all, the two men who were crucified on either side of Jesus were not common thieves. A thief is someone who secretly removes an item from your pocket without your knowledge or approval, or one who sneaks into your house while you’re away on vacation and steals your possessions. The crimes of the men executed with Jesus were much more sinister. They are generically referred to as “criminals” (kakourgōn) in Luke 23:39, but in Mark 15:27 they are more specifically identified as lēstai, i.e. “robbers” or “bandits.” In other words, they had used brute force to carry out their crimes and were therefore violent criminals. In fact, the same word is used to describe Barabbas (John 18:40), who had been arrested “with his fellow rebels; they had committed murder in the rebellion” (Mark 15:7 NKJV). Seeing that Jesus took the place of Barabbas, it is reasonable to suspect that the other two men who were crucified with him were Barabbas’ partners in crime.
While both convicted felons initially participated in the reviling of Jesus (Matthew 27:44), in the course of time one of them seems to have had a change of heart. He said to Jesus, “Lord, remember me when You come into Your kingdom” (Luke 23:42 NKJV). Now simply calling Jesus “Lord” is in itself insufficient (cf. Matthew 7:21; Luke 6:46), but the intriguing thing is that he knew about the Lord’s kingdom. We will consider this further below.
Jesus’ reply to the penitent criminal’s request was as follows: “Assuredly, I say to you, today you will be with Me in Paradise” (Luke 23:43). The record pretty much speaks for itself. Nevertheless, for some curious reason, this account has been completely removed from its context by certain religionists in an attempt to establish a precedent for salvation devoid of obedience, particularly baptism. The argument goes something like this: “The thief on the cross was saved without having been baptized, therefore baptism is not essential to salvation.”
An initial response is the simple fact that the scriptures clearly teach that baptism is a necessary step in the salvation process (see Acts 2:37-41; 22:16; Romans 6:3-5; 1 Peter 3:21; etc.), therefore any interpretation that suggests otherwise must be wrong. Furthermore, is it legitimate to confidently affirm that this man had never been baptized? From the biblical evidence what would be a more reasonable inference?
The man clearly had knowledge of the Lord’s kingdom (Luke 23:42), so how was this knowledge attained? In all four Gospel accounts, of all the words recorded that Jesus spoke from the cross, nothing is said about the kingdom. However, John the baptizer had preached, “Repent, for the kingdom of heaven is at hand!” (Matthew 3:2). In response, “Jerusalem, all Judea, and all the region around the Jordan went out to him and were baptized by him in the Jordan, confessing their sins” (vv. 5-6). Further, Jesus himself had preached, “Repent, for the kingdom of heaven is at hand” (Matthew 4:17). As He proclaimed “the gospel of the kingdom,” his influence reached as far north as Syria and as far south as Idumea, and great “multitudes followed Him – from Galilee, and from Decapolis, Jerusalem, Judea, and beyond the Jordon” (Matt. 4:23-25; cf. Mark 2:7-8). Not only did baptisms result from his preaching, but they exceeded the numbers of those baptized by John (John 3:22-26; 4:1-2). The Lord’s reach had extended even further by sending out multiplied dozens of his disciples throughout the regions of Galilee and Judea, propagating the same gospel message (Matthew 9:35–10:7; Luke 10:1-11).
Considering the evidence, can anyone say with full assurance that the man under consideration was definitely never baptized? An alleged precedent is not a genuine precedent when it is unprovable and even questionable. Admittedly no one can say for sure either way, even though it is certainly within the realm of plausibility that he was baptized. Notwithstanding deceptive claims to the contrary, at the end of the day it really doesn’t matter, especially when we consider this final point.
Baptism is an integral part of the Christian system, which was not inaugurated prior to the Lord’s death and resurrection (Matthew 28:18-20; cf. Romans 6:3-5). The baptisms before the cross were preparatory for the approaching kingdom (Matthew 3:1-6; John 3:1–4:2) but not an established component of the preceding Mosaic system. In fact, Christ’s death on the cross was the transitional point between the old and the new (Colossians 2:14; Hebrews 9:15-17). Since Jesus had the power on earth to forgive sins (Mark 2:10), and the crucified robber was living under the old covenant system of the Jews, and the Lord’s eventual death covered the sins of those living prior to the new covenant (Hebrews 9:15), the account in Luke 23:39-43 is readily explicable and easily harmonizes with the rest of scripture. Any other interpretation creates unresolvable problems.
Seeing that no one on earth today is in the physical presence of Jesus or is living at a time when the new covenant teachings were not in force, the so-called “thief on the cross” argument is irrelevant. There are numerous examples of conversions recorded in the book of Acts (inclusive of baptism) that set the precedent. When anything different is asserted by professed Bible-believers, it sure gives the impression of grasping at straws in order to justify a preconceived idea. “And He said to them, ‘Go into all the world and preach the gospel to every creature. He who believes and is baptized will be saved; but he who does not believe will be condemned’” (Mark 16:15-16).
--Kevin L. Moore

Related Posts: Barabbas, Are You Sure the Thief on the Cross Wasn't Baptized?, Baptism of John, Hypothetical Faith

Saw this on the internet: "I want to be saved like the thief on the cross" said no one in the book of Acts. 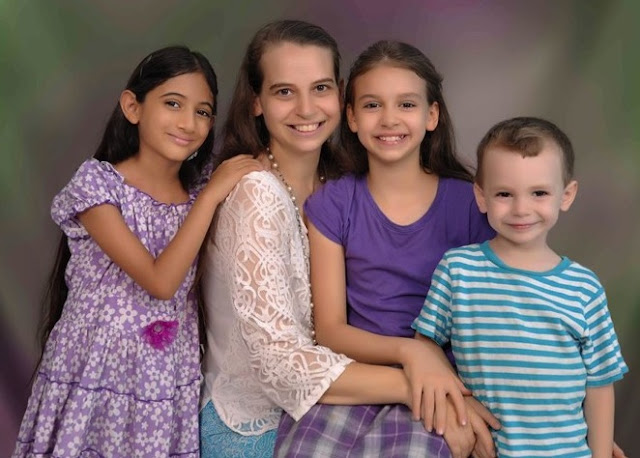 **Since this article was posted, Asha's adoption has been finalized, and the family has moved back to the USA.

The Ancient City of Corinth 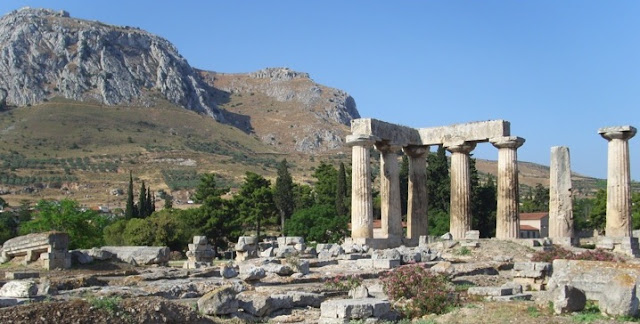 Ancient Corinth was built at the foot of the large hill of Acrocorinth on the narrow isthmus connecting the Peloponnesus peninsula with the mainland of Greece. The city was strategically located, linking the principal land route between East and West, while several sea lanes converged on its two harbors. Its crowning era as a Greek city-state was from the 8th century BC until its destruction by the Romans in 146 BC.
Rome rebuilt and repopulated Corinth in 44 BC, designating it the capital of the Roman province of Achaia and the seat of the Roman proconsul. The city was also a center of industry and commerce, with a socially, economically, religiously, and culturally diverse populace. It appears to have been one of the larger municipalities of Roman Greece, with an estimated 30,000 to 50,000 urban residents and a rural population of approximately 40,000 to 60,000.1
The apostle Paul arrived in Corinth from Athens around autumn of 50. If he traveled by land, he would have approached the capital from the north on the Lechaion road. To the left of the pavement lined with walkways, porticos, and administrative buildings was the public fountain of Peirene, a potential site for baptizing the first converts (Acts 18:8; 1 Cor 1:14-16), and the nearby Jewish synagogue was a good place to start (Acts 18:4, 7).2 Further along was the agora (marketplace), where a prominent space was occupied by the marble-covered bema (elevated platform) upon which Paul would later stand accused before the proconsul Gallio (Acts 18:12-16). The numerous shops in the vicinity would have provided a suitable location for manufacturing and/or selling tents (Acts 18:2-3), while pagan temples and shrines permeated the city’s landscape (1 Cor 8:1-10; 10:14).
The apostle labored diligently with Aquila, Priscilla, Silas and Timothy until spring of 52, leaving behind an established Christian community (Acts 18:1-18). Subsequently Gaius is referenced as the host of “the whole church” (Rom 16:23 ESV), an apparent allusion to the assemblies in his home. A typical upper class Roman-style house was centered around a columned courtyard with an open room (atrium), large enough to accommodate about 30 to 50 people.
Since initiating his second missionary campaign, Paul had encountered violent opposition and expulsion from every Macedonian community he targeted. Venturing south into the province of Achaia, he faced a general lack of receptivity in Athens as his eager attempts were largely met with amusement and disregard. Moving on to Corinth, although dejected and fearful (Acts 18:9-10; 1 Cor 2:3), his resolve remained intact. Eighteen months of sowing the gospel seed with extensive follow up resulted in the Lord of the harvest reaping a bounty of souls (1 Cor 3:6-9). In the most unlikely of places there now existed “the church of God that is at Corinth, with all the saints who are in the whole of Achaia” (2 Cor 1:1).
Nearly two millennia later the commission and the One who gave it remain unchanged. And there is still no scarcity of unlikely places.
-- Kevin L. Moore

Endnotes:
1 Available evidence does not corroborate the inflated estimates of up to half a million or more.
2 In 1898 along the Lechaion road the limestone lintel of the doorway of Corinth’s synagogue was discovered near the entrance to the forum. 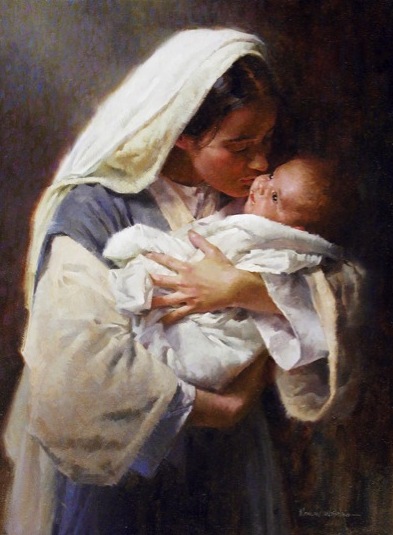 Related Posts: Lineage of Jesus according to Matthew, What do you know about Jesus' birth?, Son of Mary