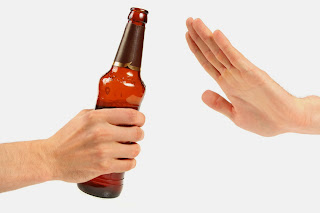 Getting to Know Jesus 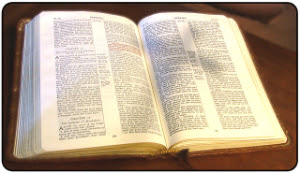 It was the fourth year of an unjust incarceration. The dangerous journey from Palestine to Italy, with multiple near-death incidents along the way, was the only interruption of Paul's prolonged detention. Undoubtedly the torturous experience had afforded him ample opportunity and motivation to pray, to think, and to reflect on what was truly important in his turbulent life (Acts 25:1–28:16). It was in this context, with a surprisingly thankful and joyous tenor, that the letter to his dear friends in Philippi was penned.
Worldly status, achievement and success were no longer of value to the aged apostle, as he regarded these and all other secular pursuits as “loss” and “rubbish” for the sake of Christ (Philippians 3:4-8a NKJV). At this stage in his mortal sojourn, what really mattered to him was what he refers to as “the excellence of the knowledge of Christ Jesus my Lord” (v. 8b), which he further expresses as his desire to “know” Jesus (v. 10). This was the admirable goal of a man, probably in his mid-60s, who had attained such spiritual maturity and stature.
A couple of years later the apostle was back in Rome, and this time his situation was even more serious. Instead of house arrest, he was most likely locked up in the inner prison. Rather than anticipating potential release, he was now faced with imminent death. In this setting the soon-to-be martyr composes what was probably his final apostolic manuscript, addressed to one of his closest human companions, wherein he confidently affirms: “For this reason I also suffer these things; nevertheless I am not ashamed, for I know whom I have believed and am persuaded that he is able to keep what I have committed to him until that day” (2 Timothy 1:12). Notice that Paul’s stated conviction is not with reference to what he knows, although there is no question he was intimately familiar with the inspired message he had dedicated and risked his life to propagate. But here the apostle categorically avows, “I know whom I have believed.” After three decades of proclaiming the gospel of Jesus Christ, it seems that Paul had finally achieved his goal of getting to know Jesus Christ himself.
It ought to be the determined objective of every child of God to genuinely know Jesus. Obviously this will not happen overnight, and the journey cannot begin without first learning about him. When my wife and I were in the early stages of our courtship, we spent a lot of time learning about each other in our mutual quest to eventually know each other. Knowing Jesus involves more than a mere subjective, emotional experience. One will never truly know him without spending a significant amount of time in the scriptures that testify of him (John 5:39) and then living one’s life accordingly.
“Now by this we know that we know Him, if we keep His commandments. He who says, ‘I know Him,’ and does not keep His commandments, is a liar, and the truth is not in him. But whoever keeps His word, truly the love of God is perfected in him. By this we know that we are in Him. He who says he abides in Him ought himself also to walk just as He walked” (1 John 2:3-6).
We must never be completely satisfied with the current state of our spiritual relationship with the great Redeemer. May we all have as our primary purpose in life to truly know him as we “grow in the grace and knowledge of our Lord and Savior Jesus Christ” (2 Peter 3:18).
--Kevin L. Moore

Related posts: The Doctrine of Christ, Preach Jesus, Getting to Know Jesus Better