The Missing Letters of Paul 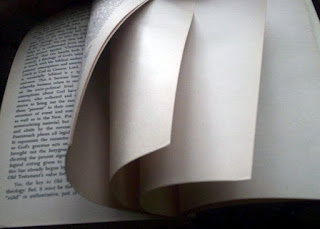 If the total number of letters written by the apostle Paul exceeds the thirteen ascribed to him in the New Testament, should this be a cause of concern for Bible believers? Are the scriptures incomplete without these other writings? Does this legitimize the charges of Bible critics (Mormons and Muslims included) that the Christian canon is therefore corrupted and deficient? Is human negligence to be blamed, and would it then call into question the providential working of God in the preservation of his complete revelation?
These missing letters pose a potential difficulty only if one begins with the following assumptions: (1) everything composed by an inspired author had to be preserved; (2) the absence of any apostolic document from the biblical canon is a mistake; and (3) vital information needed by Christians is unavailable without these writings. But if these assumptions and consequent concerns go beyond what the evidence demands, what other explanations should be considered?


A Lost Letter to the Corinthians:
In 1 Corinthians 5:9 Paul reminds his readers, " I wrote to you in the letter not to associate with [the] sexually immoral" (author's own translation). Taken at face value, this seems to be referring to something written to these believers prior to the composition of what is now called 1 Corinthians. It has been suggested that the use here of egrapsa ("I wrote") may be an epistolary aorist that refers to what had just been stated in the first part of the chapter rather than to a previous writing. However, in v. 11 the employment of egrapsa is preceded by nun de ("but now"), showing an apparent difference between what the apostle is currently writing and what had been communicated in an earlier document. Moreover, the use of the article in the phrase en tē epistolē ("in the letter") indicates that the Corinthians had received a prior written message from Paul.1
Why, then, was this apostolic manuscript not kept and subsequently included with the rest of the Corinthian correspondence? First of all, in view of the fact that the contents of the former letter are summarized in 1 Corinthians, readers implicitly know what it was about. Second, the directives as they were initially conveyed had apparently been misunderstood by the Corinthians. Third, the apostle goes on to give further clarification and explanation. Therefore, nothing is lost and nothing would have been gained by preserving the first letter.


A Lost Letter to the Laodiceans:
Another Pauline document not found in the New Testament is mentioned in Colossians 4:16. "And whenever this letter [Colossians] is read before you, make sure that it is also read in the church of [the] Laodiceans, and that you also read the [one] of Laodicea." Various attempts have been made to explain away this apparent allusion to a missing letter, but for the most part they are less than convincing.2 While it has been suggested that Paul may be referring to correspondence from Laodicea, why would it be considered on the same level as an apostolic transcript and thus necessary for the saints at Colosse to read?
Another proposal is that the letter has in fact been preserved in the form of canonical Philemon or Ephesians. Against the former conjecture is the simple fact that Philemon is a personal letter addressed to an individual rather than to a congregation: "to Philemon the beloved and our fellow worker" (v. 1). Granted, the opening address also includes "Apphia the sister," "Archippus our fellow-soldier," and "the assembly in your house" (v. 2), but the message is written almost entirely in the second person singular ("you") form of address, apparently directed to Philemon alone. Furthermore, Onesimus (Philemon’s slave) was a resident of Colosse, not Laodicea (Colossians 4:9).
Equating the document in question with Ephesians is based on the absence of the phrase "in Ephesus" (1:1) from some manuscripts and the non-personal nature of Ephesians, which, according to some, is indicative of a general circular letter. While these issues will be more fully addressed in future posts <link>, Ephesians is clearly written in letter-form and thus requires the identification of the recipient in the prescript. Note that the participial expression tois ousin ("the ones being . . .") always has an appended place-name in the openings of Paul’s other letters, and no location other than Ephesus is mentioned in any of the surviving manuscripts containing the epistle.
Just as Jesus taught the same lessons to different audiences on different occasions (e.g. Matthew 10:38; 16:24; Luke 14:27), it is reasonable to expect that the apostle Paul wrote similar (or even identical) letters to various congregations who needed the same teaching. If his instructions to the Laodiceans were essentially the same as one of his other letters (e.g. Ephesians), there would have been no reason for both documents to be placed in the New Testament canon. While Paul himself may have preselected which of his writings to include in a published collection (see Collection and Canonization Part 1), the exclusion of the Laodicean letter would have been intentional (not accidental) and for obvious reasons.

Paul’s "Severe" or "Tearful" Letter to Corinth:
In 2 Corinthians, as Paul makes reference to a previous letter he had sent to the Corinth church (2:3-9; 7:8-12), he affirms: "for out of much affliction and anguish of heart I wrote to you through many tears . . ." (2:4a). A number of scholars argue that this "tearful letter" must no longer be extant because 1 Corinthians does not match its description. Others propose that instead of being lost it is to be equated with the 10th and 11th chapters of 2 Corinthians. However, seeing that 1 Corinthians is replete with stern rebukes, solemn warnings, passionate pleas, and corrective instructions, there is no convincing reason to presume that it must have been penned without heartfelt and tearful emotion. Nothing in Paul’s description of this "tearful letter" definitively rules out 1 Corinthians (particularly chapter 5), and even if 2 Corinthians 10–11 is in view, the information still survives.
References in 2 Corinthians 10:10, 2 Thessalonians 2:2, 15, and 2 Peter 3:15-16 have also been submitted as possible allusions to non-extant Pauline epistles, but none of these precludes the canonical writings. Rather than viewing the thirteen New Testament letters of Paul as the sum total of documents ever produced by him, a more realistic perspective is to regard them as a careful selection of his writings that represents the entirety of his inspired teachings needed for future generations. Anything not included in the biblical canon is therefore of no spiritual or eternal consequence.
–Kevin L. Moore

Endnotes:
1 See A. T. Robertson, Grammar 757, 846; D. B. Wallace, Greek Grammar Beyond the Basics 563.
2 Marcion’s canon included a Pauline letter to the Laodiceans, but it is no longer extant. Some later Latin Bibles contained a brief Epistle to the Laodiceans (eventually finding its way into other versions), but there is no Greek manuscript support for it. Rather, it appears to be a collection of various readings from the canonical Pauline letters and is therefore not included in the New Testament (see Jerome, De viris ill. 5).
Posted by amerikiwi at 04:29