Paul the Myth Versus the Real Paul 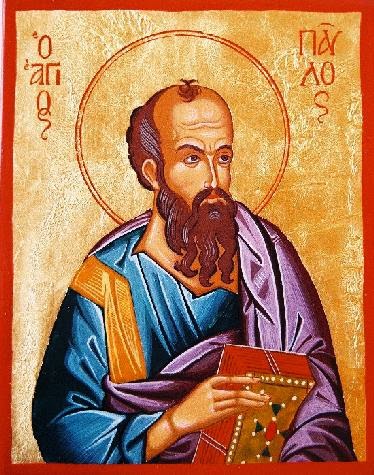 The Church of the New Testament

In the English Bible the word “church”1 is translated from the Greek ekklēsia, a combination of the preposition ek (“out of”) and a derivative of the verb kaleō (to “call”). In secular Greek the term was used to describe an assembly of persons who had been called out (of their homes) or summoned together by a public herald (cf. Acts 19:39; Josephus, Ant. 12.164; 19.332). Many dispute the “called out” connotation of ekklēsia in the New Testament and insist that “assembly” or “gathering” is the sole meaning.2 But let us not be too hasty to climb aboard the scholarly bandwagon. While etymology does not necessarily determine a word’s practical sense, to exclude it from the conversation is to miss out on helpful information about language development and usage.
We acknowledge that the term ekklēsia is not inherently endowed with spiritual significance and can readily apply to any gathering of people, whether secular (Acts 19:32) or religious (1 Corinthians 14:23). However, we must not overlook the concept of word play in the New Testament and the fact that certain expressions did acquire special meaning within the context of the Christian movement.
Note, in particular, the interplay and high concentration of the kaleō word group in the opening chapter of 1 Corinthians. Paul is a “called” [klētos] apostle (1:1), and the Corinthians are “called” [klētos] to be saints (1:2) and counted among those who are “called” [klētos] (1:24). The letter is addressed to the ekklēsia (lit. “called out”) at Corinth (1:2), in relation to all who “call on” [epikaleomai] the name of Jesus Christ (1:2). They were “called” [kaleō] (1:9; cf. 7:15-24) and should consider their “calling” [klēsis] (1:26; cf. 7:20). Is there a theological connection here? Although lost in English translation, the original Greek readers would surely have noticed the repetition and etymological composition of these words and recognized them as belonging to the same word group.
There are numerous occurrences of ekklēsia in the New Testament where the idea of “assembly” or “gathering” is just too restrictive (cf. Matthew 16:18; Acts 8:1, 3; 12:1; 15:3; 1 Corinthians 10:32; 15:9; Galatians 1:13; Ephesians 1:22; 3:10, 21; 5:23, 25, 29, 32; Philippians 3:6; Colossians 1:18, 24; 1 Timothy 3:15). Moreover, when a prepositional phrase like “of God” (1 Corinthians 11:16) or “of Christ” (Romans 16:16) or “of the saints” (1 Corinthians 14:22) is appended, the expression has a special Christian flavoring that is clearly distinguished from customary usage (cf. BAGD 240-41). While the idea of assembling cannot be discounted, neither can it be regarded as the word’s exclusive function. God’s universal ekklēsia does not and cannot assemble together, and God’s local ekklēsia does not cease to exist in between corporate meetings.
Paul employs the word ekklēsia to designate the recipients of five of his epistles,3 whereas four are addressed to hagioi (“saints” or “set-apart ones”).4 Although the former alludes to the collectivity of individuals and the latter references the individuals themselves, for all practical purposes the Lord’s ekklēsia is inseparable from the Lord’s hagioi (cf. 1 Corinthians 1:2; 14:22; 2 Corinthians 1:1). This further underscores the unique function in the New Testament of otherwise conventional terminology and the distinctiveness of God's people.
The fact remains that Christians (who comprise the ekklēsia of Christ) have been called out of the world of darkness into the community of the saved (Acts 2:39, 47; Ephesians 4:1; 2 Thessalonians 2:14; etc.). The word ekklēsia, all by itself, has no theological implications, but the way in which it is consistently used in the New Testament certainly does.
--Kevin L. Moore

Endnotes:
1 The English word “church” can be traced back to the Greek kurios (“Lord”). The adjective kuriakos (“of the Lord”) was used in the phrase “house of the Lord,” which led to its application as a noun, kurikon. The medieval Greek form kurkon (“house of worship”) was borrowed into West Germanic as kirika, eventually producing the German kirche and the English “church” (J. Ayto, Dictionary of Word Origins 113-14).
2 See Rob Redden, “Ekklesia and Etymology,” Gospel Advocate 152 (April 2010): 30; also Nicholas McDonald, “7 Ways to Do a Bad Word Study,” <link>; contra Wayne Jackson’s “Ekklesia Revisited,” <link>.

3 The Corinthian and Thessalonian letters and Galatians. In the LXX the term ekklēsia is regularly used to translate qahal in reference to the assembly of the Israelites, especially when gathered for religious purposes (Deuteronomy 31:30; Judges 20:2; cf. Hebrews 2:12; Acts 7:38; Josephus, Ant. 4.309). Gordon Fee suggests that the word was ready-made for the Christian communities because “Paul saw the church not only as in continuity with the old covenant people of God, but as in the true succession of that people” (First Corinthians 31-32; cf. Paul, the Spirit 65).
4 Romans, Ephesians, Philippians, and Colossians. This terminology may have been drawn from Israel’s description as a “holy people” (e.g. Exodus 19:6; Psalm 16:3; 34:9; 74:3; Isaiah 4:3; Daniel 7:18, 21-22), perhaps indicating Paul’s belief in the continuity between the “saints” of Israel in the past and the Christian “saints” (cf. J. Dunn, Theology of Paul 44 n. 90, 330, 502, 708).

Paul’s Letter to the Philippians (Part 2) 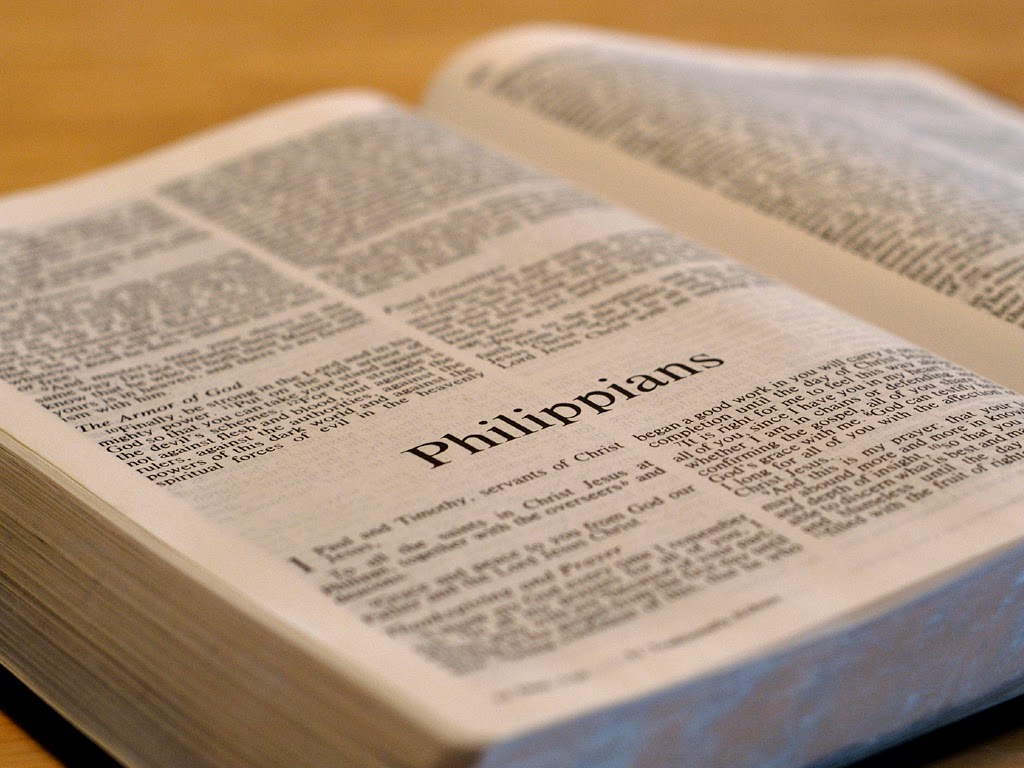 Literary Integrity of Philippians
A number of scholars regard Philippians as a collection of two or three separate letters.1 In some places there is an awkward break in the sense, e.g. 2:19; 3:1-2; 4:9-10. Epaphroditus is reported to be very ill in 2:25-30 but not in 4:18. The attack on false teachers in 3:2-4 is unexpected and does not fit into the positive thrust of other parts of the letter. Appropriate endings are discernable at 4:1-9, 20-23, indicative of separate missives. Polycarp (Phil. 3.2) made reference to “letters” (plural) that Paul wrote to the Philippians, and distinct writings have since been identified as (a) 4:10-20; (b) 1:1–3:1; 4:4-7, 21-23; and (c) 3:2–4:3, 8-9. Nevertheless, how and why these hypothetical letters came to be joined together in the present form of Philippians is inexplicable.
Seemingly awkward breaks are not unusual in a dictated letter from someone like Paul (cf. 1 Cor. 4:17–5:1; 5:13–6:1; 8:13–9:1; 16:12-13; 2 Cor. 9:15–10:1; Gal. 5:15-16; 6:10-11; et al.). It was not necessary to refer to Epaphroditus’ illness every time his name was mentioned, and the letter could have been written over an extended period of time. Varied topics and tones are not uncommon in Paul’s writings (cf. 1-2 Corinthians). The apparent conflict between Eudia and Syntyche (4:2-3) shows that even in Philippi there were negative situations to face. Discerning potential endings does not mean that they were intended to be endings, and even if they were, Paul may very well have decided to say more after these words were penned. While 1 Cor. 4:16-21 may sound like an ending, it certainly does not conclude the letter in which it is written!
While Polycarp is not an infallible source, assuming the observation above is true and has been accurately transmitted (cf. Phil. 3:1), Paul wrote letters that are no longer extant (e.g. 1 Cor. 5:9; Col. 4:16),2 but this does not suggest that any were combined to form a single document. The various compilation theories, while interesting to consider, are less than convincing and offer no rational explanation for the letter’s current form. There is no legitimate reason to regard Philippians as anything but a literary unity.3
Conclusion:
The ancient document we call “Philippians,” addressed to a group of first-century Macedonian Christians, has remained especially relevant and practical to all who have encountered it through the centuries, even to this very day. “Finally, brothers, whatever things are true, whatever things are honorable, whatever things are right, whatever things are pure, whatever things are lovable, and whatever things are commendable, if there is anything virtuous and praiseworthy, reflect on these things” (Phil. 4:8).4
--Kevin L. Moore