The Biblical Doctrine of Divorce and Remarriage: Part 1 of 3 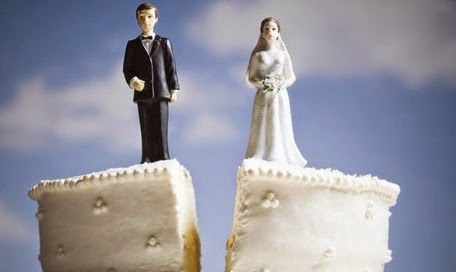 4. Fornication or Sexual Immorality (Matt. 5:32; 19:9) is translated from the Greek noun porneia, used generally “of every kind of unlawful sexual intercourse” (BAGD 693). In its singular form it refers to the specific sex act, whether with a woman, man, child, horse, etc. Under this broad umbrella term would be specific types of porneia, such as adultery, incest, homosexuality, pedophilia, bestiality, etc. The bottom line is that porneia is any kind of sexual intercourse that is not within the context of marriage as defined above. While the English word “pornography” is derived from the Greek porneia, viewing pornographic images does not constitute the sexual intercourse that is required for porneia to have occurred.1

1. Genesis 1:27; 2:24. These are the passages Jesus quotes in Matt. 19:4-5, demonstrating God’s design for marriage from the beginning involving the joining together of a man and woman for life in a monogamous relationship. Becoming “one flesh” indicates a sexual union that establishes an intimate connection between two previously unrelated individuals. This “one flesh” bonding is the basis of God’s categorical denunciation of all other types of sexual activity (cf. 1 Cor. 6:16-18; 7:2).

2. Deuteronomy 24:1-4. This is an example of casuistic or case law (“if … then”): the case is presented in vv. 1-3, and the ruling is given in v. 4. This passage assumes the prevalence of divorce among the Israelites at the time of writing (cf. 22:19, 29; Lev. 21:7, 13, 14), and only the husband could initiate the divorce. However, the provision of divorce was not a divine injunction but a concession due to “obstinacy” or “hardness of heart” (Matt. 19:8; Mark 10:5). The certificate of divorce served to protect women from unscrupulous husbands and the precarious charge of adultery, but it went far beyond God’s intended purpose (cf. Gen. 2:24; Mal. 2:16). Centuries later the rabbis debated the meaning of the expressions “no favor” and “some indecency” in Deut. 24:1; the school of Shammai insisted that sexual impurity was the necessary prerequisite for divorce, while the school of Hillel maintained that any trivial offense was sufficient grounds. Jewish opinion was heavily divided in the days of Jesus, prompting the question in Matt. 19:3. Nevertheless, they were focusing on and debating what Jewish men of the past were doing rather than the stated will of God. 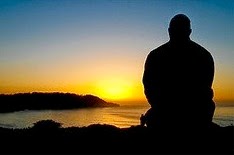 People are single for various reasons, whether widowed, divorced, or never married. Many are simply waiting to find that special someone with whom they are willing to spend a lifetime, while others actually choose to remain unmarried. In almost every congregation of the Lord’s church, single Christians can be found in each of these categories.
While all eligible persons have the “right to take along a believing [spouse]” (1 Cor. 9:5), keep in mind they also have the right not to! Regardless of social expectations, the Lord has not made it a requirement for everyone to be married. Jesus, our Master and perfect example, was a single man, as was Jeremiah, Daniel, and Paul. There is no mention in the Bible of the following individuals having been married: Ezra, Nehemiah, Mordecai, John the baptizer, Mary Magdalene, Lazarus and his sisters, Stephen, Barnabas, Silas, John Mark, Timothy, Phoebe, Titus, Apollos, and many more. Others, such as Ezekiel, Hosea, Naomi, Ruth, Jesus’ mother, Lydia and more, became (or at least appear to have become) “single again” after marriage. Being unmarried, therefore, is not only acceptable, in some cases it may even be preferable (cf. 1 Cor. 7:7-8).
Marriage, in and of itself, does not guarantee a fulfilling and happy life, as evidenced by the many disillusioned married couples and the alarming divorce rate! If we expect to be happy in heaven, and there is no marriage in heaven (Mark 12:25), where is that happiness going to come from? True joy comes from within, regardless of external circumstances. It was a single person who said, “I have learned in whatever state I am, to be content” (Phil. 4:11). One must never let singlehood keep him/her from living a faithful and fulfilling Christian life, eagerly serving in God’s kingdom.
Unmarried people are not a special class of needy individuals in the church to be pitied, ministered to, or entertained. Being spouseless is not an impediment. The mere fact of singleness does not automatically render a person “needy” or eliminate that person’s own responsibility to serve others (1 Tim. 5:3-16). Singles ought to be seen as a dynamic force in the Lord’s body to be appreciated and utilized. Every congregation needs an effective “singles ministry,” which means keeping our unmarried members involved in active ministry (1 Cor. 12:12-21).
To help singles cope with the inevitable pressures of the single life, the following is suggested. (a) Realize you’re not the only one. Singlehood is a reality for a lot of people, including many great men and women of faith who have gone on before us (Heb. 12:1). (b) Keep your eyes focused on Jesus, who lived a meaningful and productive life as an unmarried person (Heb. 12:2). (c) In overcoming self-pity and loneliness, remove yourself from the center of your life as Jesus did (1 Cor. 10:24). (d) Stay keenly involved in the Lord’s work (1 Cor. 15:58). (e) Develop close relationships with your spiritual family (Eph. 2:19). (f) Appreciate the blessings of singleness and the opportunities that would otherwise not be afforded (1 Cor. 7:25-35). (g) Trust in God (Psa. 37:3-6). (h) Learn and embrace contentment (Phil. 4:11-13). (i) Pray regularly (1 Thess. 5:17). (j) Commit your life totally to the Lord (Eccl. 12:13).
Married or single, the challenge is to accept your circumstance in life, be content, and use your unique situation to the glory of God (1 Cor. 7:24; 10:31). Even if your marital status happens to change, your contentment and usefulness to God should not.
--Kevin L. Moore

*Adapted from the author’s The Single Missionary (2002).

Addendum: I hope this article is not viewed as the insensitive ramblings of a clueless and unsympathetic married person. While I am no longer single, for the first 34 years of my life I was, and these thoughts were developed through my experiences as an unmarried Christian and single missionary. I am all too familiar with the feelings of loneliness, sexual frustration, not fitting in, and other challenges faced by singles in the church. The article conveys principles that were helpful to me during those single years.