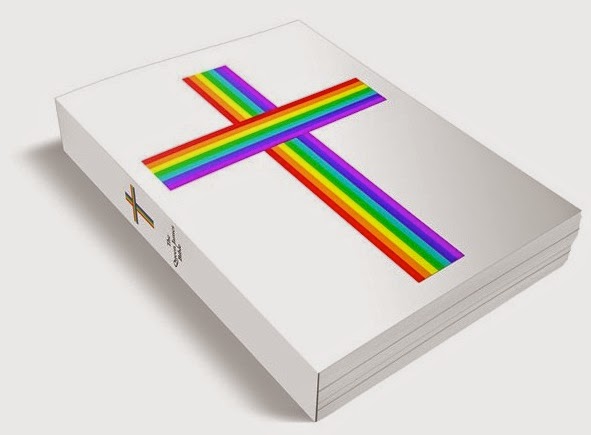 Endnotes:
1 See “The Gay Bible,” <http://queenjamesbible.com>; and “Editor’s Note,” <http://queenjamesbible.com/gay-bible/>. The editors state further: “Yes, things like Leviticus are horribly outdated, but that doesn’t stop people from citing them. We wanted our Bible bulletproof from the ones shooting the bullets.” Another gay-friendly Bible translation is The New Oxford Annotated Bible, <Link>.
2 The word “homosexual,” from the Greek homos (“same”) and Latin sexus (“sex”), first appeared in 1869 in a pamphlet by German novelist Karl-Maria Kertbeny, in opposition to an anti-sodomy law. The expression was then employed by German psychiatrist Richard Freiherr von Krafft-Ebing in his 1886 Psychopathia Sexualis: eine Klinisch-Forensische Studie (“Sexual Psychopathy: A Clinical-Forensic Study”), a reference work on sexual perversions. The terminology then entered the English-speaking world for the first time in 1892 when Krafft-Ebing’s book was translated into the English language.
3 So-called “sacred sex” is believed to have been practiced in the ancient cult of Ashtoreth (a.k.a. Astarte, Ishtar, Aphrodite, Venus). The idea of committing “harlotry” with Molech (Lev. 20:5) is metaphoric for spiritual infidelity (cf. v. 6; Jer. 3:9; Hos. 4:12; 5:4; 6:10; etc.)
4 Eisegesis is reading one’s presuppositions into the biblical text, in contrast to exegesis, which means to draw out of the biblical text what the inspired writer intended to convey.
5 The words arsēn (“male”) and koitē (“bed”) appear together six times in the LXX, the translation Paul extensively quotes in 1 Corinthians, four times referring to men lying with women (Num. 31:17, 18; Judg. 21:11, 12) and twice in reference to men lying with men (Lev. 18:22; 20:13). See also Lev. 15:18, 24; 18:20; 19:20; Num. 5:13, 20. Dionysius of Halicarnassus (ca. 60-7 BC), in his Roman Antiquities, describes a man named Aristodemus, who was called malakos or “effeminate,” and one reason for the nickname was the presumed effeminacy of his youth, allowing himself “to be treated as a woman” (7.2.4).