Postmodernism and the Homosexual Christian (Part 1 of 3)

In March 2011 a website was covertly launched on the campus of one of our Christian universities, promoting the homosexual lifestyle. When the administration blocked the site on the university’s network, activists printed and distributed across campus a thirty-two page manifesto pushing their agenda. The school’s president then issued a public response during the chapel assembly the following day, respectfully but firmly denouncing the defiant initiative.1
How could such an alarming state of affairs surface on the campus of a Christian university affiliated with mainstream churches of Christ? While the gay rights movement has increasingly influenced and noticeably shaped secular society in the United States since the 1960s,2 religion has not been unaffected. In 1972 the United Church of Christ was the first mainline denomination in the USA to ordain openly gay clergy, and subsequent decades have witnessed practicing homosexuals unconditionally accepted and incorporated into numerous denominations and independent religious groups.3
Among churches of Christ, Dave Miller prophetically warned in 1996, “While the liberal element in the church has not been drawn into a wholesale endorsement of homosexuality, philosophically, the liberal mindset will inevitably relax its opposition to those who insist upon their right to engage in homosexuality” (Piloting the Strait 345). A few years later Phil Sanders observed that congregations sometimes fool themselves into thinking they are immune from the volatile mentality of the times, even though what “happens in the world has always profoundly affected the church; today is no different” (Adrift 14, 21).
The Rise and Influence of Postmodernism
As “both a broad cultural and sociological phenomenon and an ideology,” postmodernism is hard to define (Erickson 12). The term itself is descriptive of the changes in knowledge perception in popular culture, and it stands in stark contrast to the concept of modernism. At the risk of oversimplification, modernism can be characterized as the pursuit of truth, certainty and absolutism with linear thinking and rationalism. It seeks undisputed foundations and rigorous methodologies for attaining knowledge. Postmodernism, on the other hand, is a reaction to what is perceived as the inflexibility, arrogance and attempted control of modernistic thinking. It advocates “knowledge” as the product of cultural conditioning, shaped by emotions, experience, aesthetics, and environment. In the realm of religion, modernism is viewed as the rigid pursuit of truth versus error and right versus wrong, whereas postmodernism is a softer and more flexible approach that emphasizes love, relationships, tolerance, acceptance, authenticity, and relativism (Carson 26-34).
Postmodern secularism maintains that there is no universal or absolute truth with respect to morality. Religion, therefore, especially Christianity, is to be summarily dismissed because of its traditional stance against "secular values" (e.g. abortion and gay marriage). However, postmodernism has also made significant inroads into religion and into the contemporary Christian movement in particular (Erickson 59-69). “Notions of objective morality are among the first things to be questioned,” D. A. Carson observes, and professing Christians are increasingly changing their views on moral issues (101). According to recent studies by the Barna Group, a leading research organization focused on the relationship between faith and culture, only 34% of American adults believe that moral truth is absolute, while less than half of those claiming to be religiously “born again” (46%) believe in absolute moral truth.4 There was a time when affirming an openly homosexual lifestyle demanded the complete severing of ties with orthodox Christianity. But nowadays, thanks to postmodern rationalization, embracing same-sex relationships while claiming allegiance to biblical teaching is normative.
--Kevin L. Moore 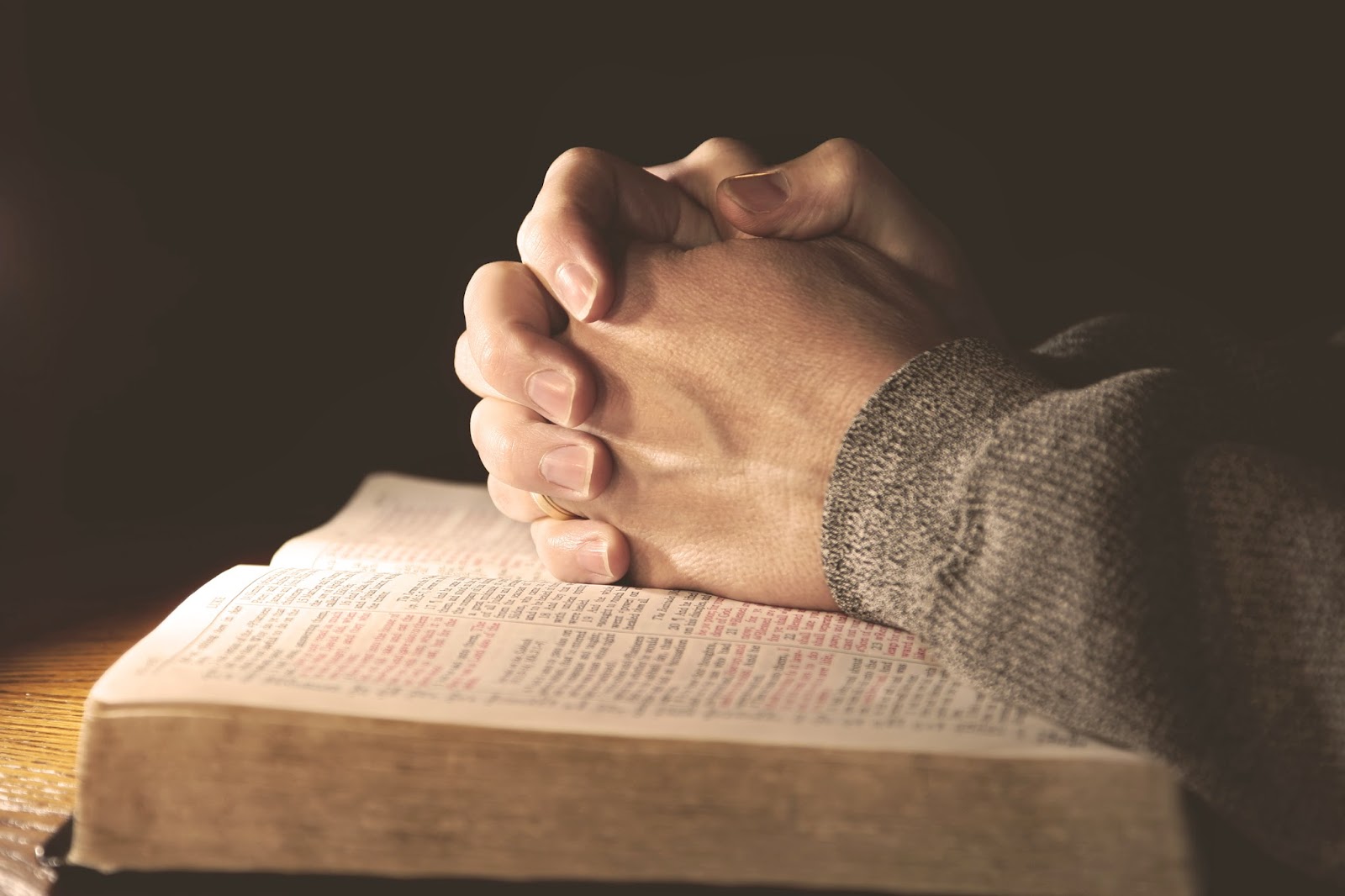 Endnotes:
1 For reasons in favor of praying to Jesus, see James L. Gardner, “Should We Pray to Jesus?” in The Patience of Hope: First and Last Things in Thessalonians. Ed. David L. Lipe. Henderson, TN: FHU, 2014: 384-89; also Wayne Jackson, “May a Christian Address Christ in Praise or Prayer?” <https://www.christiancourier.com/articles/1024-may-a-christian-address-christ-in-praise-or-prayer>. For reasons against praying to Jesus, see Gary Workman, “Jesus and Prayer,” in The Person and Life of Christ. Ed. Eddie Whitten. Bedford, TX: Brown Trail Church of Christ, 1983: 115-30; also Robert R. Taylor, Jr., “Shall We Pray to Jesus?” Taylor Publications, 2011. What about the testimony of ancient ecclesiastical writers? In support of praying to Jesus, bro. Jackson cites Joseph Bingham (Dictionary of Christian Antiquities 1:576ff.), who “introduces passage after passage from the early ‘church fathers’ which demonstrate that the primitive church unhesitatingly offered worship to Christ, in both hymns and prayers.” Against praying to Jesus, bro. Workman cites Everett Ferguson (Early Christians Speak 143-44), concluding: “A perusal of history reveals that uninspired writers of the early centuries did not think it was proper to pray to Jesus” (116).
2 Further on the significance of “the name of Jesus,” see John 1:12; 2:23; 3:18; (15:21); 20:31; also John 14:26. Jesus himself operated in “the name of the Father” (John 5:43; 10:25; [12:13]; 17:6, 11, 12, 26).
3 While the “model prayer” is addressed to the Father, some would point out that it is a brief but not comprehensive model; additional passages (e.g. Jas. 5:14) add other details.
4 Unless otherwise noted, all scripture quotations are from the NKJV with added words and/or textual variants [in square brackets], emphasis added with bold type, and capital letters modified to lower case when the translation does not require capitalization.

Related Posts: Tempted As We Are, God Answers Prayer

Related Articles: Jason Hardin's When We Pray in Jesus' Name

Questions for My Mormon Friends 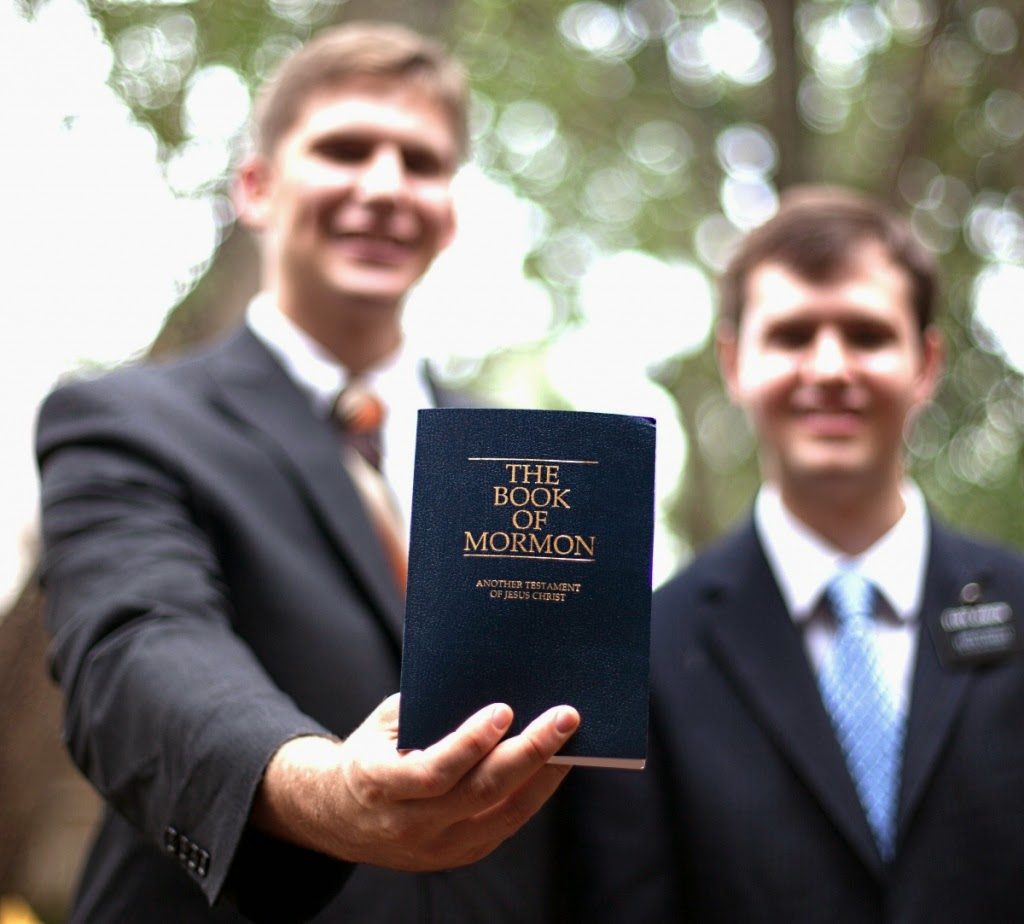 Please give honest and satisfactory answers to these questions . . .

1.  Are the testimonies recorded in the front of the Book of Mormon credible and impartial? Is it not true that the “three witnesses” all left the Mormon Church and were later condemned as reprobates and criminals by the Mormon Church? Is it not true that the other “eight witnesses” were all related to either David Whitmer (one of the “three witnesses”) or to Joseph Smith, Jr., and that Whitmer’s living relatives had all left the Mormon Church by the eighth year of its existence? [cf. Apostle George A. Smith, Journal of Discourses 7:114-15]

2.  Why were portions of the Book of Mormon copied word for word from the KING JAMES VERSION of the Bible?  For example, compare the following:

Except for minor variations, the above passages are identical (even the verses correspond). The King James Version was published in 1611. The Book of Mormon was supposedly translated into English “by the gift and power of God” in the 1820s. Thus either (a) God speaks 17th century English, or (b) the King James Version of 1611 is a divinely inspired English translation, or (c) whoever wrote the Book of Mormon had access to the King James Bible (which was available and commonly used in the 1820s) and copied portions from it.

3. If the Book of Mormon is from God, why is it filled with errors and contradictions? For example:

6.  How do you explain the fact that the Book of Mormon contradicts Doctrine and Covenants?  For example:

Book of Mormon
Having multiple wives and concubines is abominable to the Lord (Jacob 2:23-24,35).
Doctrine & Covenants
Having multiple wives and concubines is not sinful, is a commandment of the Lord and part of his everlasting covenant, and failure to comply results in damnation (D&C 132:1-6,29-38).
Book of Mormon
Baptism is for remission of sins (3 Nephi 12:2).
Doctrine & Covenants
Baptism comes after remission of sins (D&C 20:37).

8.  Have Mormons obeyed (or do they intend to obey) the instructions set forth in Doctrine & Covenants 57:2-3; 84:5 in regard to building a temple in Independence, Missouri?

9.  Would you like to learn more about the Bible, true Christianity, and God’s will for your life?

Related articles: Jess Whitlock's Differences between the Bible and Book of Mormon