The Law is Good if Used Lawfully 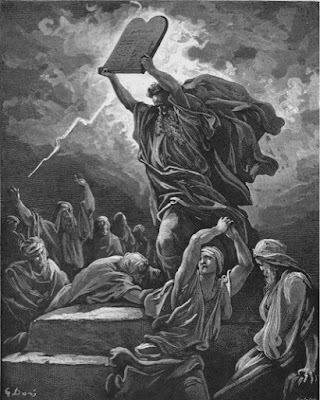 “Now we know that the law is good, if one uses it lawfully, understanding this, that the law is not laid down for the just but for the lawless and disobedient, for the ungodly and sinners, for the unholy and profane, for those who strike their fathers and mothers, for murderers, the sexually immoral, men who practice homosexuality, enslavers, liars, perjurers, and whatever else is contrary to sound doctrine, in accordance with the gospel of the glory of the blessed God with which I have been entrusted” (1 Timothy 1:8-11, ESV).

The section of 1 Timothy chap. 1 marked at vv. 8-17 is an explanatory digression, as the discussion of vv. 3-7 resumes at vv. 18-20. In contrast to the mishandling of the law by certain ones just noted, Paul explains its rightful purpose and proper use.1 While the word “law” [nómos] is applied with some flexibility in the NT, it normally relates to the old-covenant law of Moses. Notwithstanding the occasional exception to this general observation (e.g. Rom. 2:13, 14; Gal. 3:21b), the context normally clarifies the usage.

The Goodness of the Law

Since the term “law” in v. 9 is without the article in the Greek text (cf. ASV, NASB, NET), it has been suggested that the reference here may be to law in general, not strictly the Mosaic law. However, the article is appended in v. 8 (“the law”), and God’s law, as law, is generally true of all just laws. It is “good” [kalós] but only if used “lawfully” [nomímōs]. Its goodness is “because it truly does reflect God’s will…. related to its being used properly, that is, treated as law (intended for the lawless, v. 9) and not used ‘illegitimately’ as a source for myths and endless genealogies, or for ascetic practices.”2

The Necessity of the Law

The necessity of the law is explained with three pairs of descriptors. While they could be regarded as synonymous, the expression “lawless” [ánomos], lit. “without law,” applies here to “those who know the laws of right and wrong and break them open-eyed.”4 The “disobedient” [anupótaktos], more precisely “undisciplined,” “insubordinate,” or “rebellious,” refers to “those who will not come into subjection.”5 The word “ungodly” [asebēs] describes one who is “destitute of reverential awe towards God, impious,”6 while “sinners” [adj. hamartōlós], i.e., not free from sin or preeminently sinful, basically applies to “one who deviates from the path of virtue”;7 cp. vv. 6, 19. The ungodly are inwardly irreverent, whereas the sinful are outwardly disobedient. The terms “unholy” [anósios, cf. 2 Tim. 3:2], or “wicked” (BAGD 72), and “profane” [bébēlos, cf. 4:7; 6:20; 2 Tim. 2:16], “godless” or “irreligious” (BAGD 138), are descriptive of persons who reject sacred things. All these generically portray human rebellion against God.

The Prohibitions of the Law

Regarding “those who strike their fathers and mothers,” two descriptive terms are employed here, patrolōas (“patricide,” or “father killer”) and mētralōas (“matricide,” or “mother killer”). Seeing that the literal sense would be included in the next expression, “murderers” (androphónos, lit. “manslayer”), parallel to the Decalogue’s sixth commandment (Ex. 20:13), it seems allusion to the fifth commandment (Ex. 20:12) is intended here, thus the unnatural treatment of mothers and fathers, applicable to those “who refuse all reverence, even all kindly treatment, to their parents”8 (cf. 5:3-16). “The words describe sons or daughters who are lost to gratitude, lost to respect and lost to shame. And it must ever be remembered that this most cruel of blows can be one, not upon the body, but upon the heart.”9 See also Prov. 28:24; Mark 7:10-13; Rom. 1:30; Eph. 6:1-3; 2 Tim. 3:2.

The “sexually immoral,” from the Greek pórnos (lit. a male prostitute), refers to anyone engaging in illicit sexual intercourse, i.e., a fornicator. The noun porneía applies to any type of illicit sexual intercourse or fornication, namely sex that is not within the context of a divinely approved marriage (cf. 1 Cor. 7:2; Heb. 13:4). More particularly, “men who practice homosexuality.” The expression here is arsenokoítai (see also 1 Cor. 6:9), a combination of arsēn (“male”) and koitē (“bed”).9 This is a sexual term descriptive of homosexual behavior (ASV, ESV, ERV, HCSB, ISB, NASB, NIV, N/KJV, NRSV, etc.), pertaining to women as well (Rom. 1:26-27).

Next is “enslavers” [andrapodistēs]. Christianity entered a world where slavery was already an established element of society and regarded as an economic necessity, though not necessarily comparable to harsher forms in other times and societies (cf. 6:1-2). The condition of slavery was typically the result of prisoners of war, criminal conviction, debt, abandoned children, or birth to a slave mother. What Paul mentions here is a more sinister means, i.e., slave-dealers, kidnappers, or those who steal and sell another’s slaves. In principle this would include all who exploit fellow humans for selfish gain.

3 Paul continued to be in favor of the law and its precepts with respect to those for whom it was an important part of their cultural heritage (i.e., within the context of ethnic Judaism), as long as it was not at variance with the Christian faith (cf. Acts 16:1-3; 18:18; 21:20-26; 1 Cor. 9:20; also Rom. 15:4). On the other hand, he was vehemently opposed to the enforcement of the law’s ritualistic ordinances on those for whom these practices had no relevance (i.e., non-Jewish Christians), especially if the imposition of such created division in the church and supplanted the “faith of Christ.”

Related Posts: Fulfilling the Law, Is the Law of Moses Still Binding

Posted by amerikiwi at 10:12 No comments:

What’s in a Name? 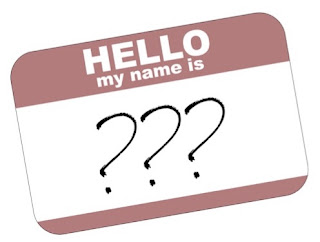 “Then God spoke to Moses, telling him, ‘I am Yahweh. I appeared to Abraham, Isaac, and Jacob as God Almighty [El Shaddai], but I did not reveal My name Yahweh to them’” (Exodus 6:2-3, HCSB).

Appreciating the great magnitude of God, rather than revealing himself all at once to his finite human creation, he has done so incrementally through the centuries. In the days of Abraham, Isaac, and Jacob, God made himself known as El Shaddai, identified according to his power. Having indisputably established this aspect of his nature, the special significance of Yahweh was then revealed in the days of Moses in view of God’s ever-presence among his people (Exodus 6:2-8).

Later, in looking beyond the Patriarchal and Mosaic systems to a new arrangement, Yahweh declares, “I will be their God, and they will be My people … for they will all know Me …” (Jeremiah 31:31-34), indicative of a more personal relationship. This prophecy is fulfilled in the new covenant inaugurated by Jesus the Christ (Hebrews 8:6-13), who is known prophetically as “Immanuel,” meaning “God with us” (Matthew 1:22-23). He is our only access to the heavenly throne, and to know him is to know the one we now call Father (John 14:6-7). Now that God has highly exalted him and given him the name above every name, it is “at the name of Jesus every knee will bow—of those who are in heaven and on earth and under the earth—and every tongue should confess that Jesus Christ is Lord to the glory of God the Father” (Philippians 2:9-11).

What’s in a name? When the name identifies, describes, and represents the one who wears it, whether El Shaddai, Yahweh, Father, or the Lord Jesus Christ, it is immeasurably significant.

Posted by amerikiwi at 11:17 No comments:

An Evil Spirit from the Lord? 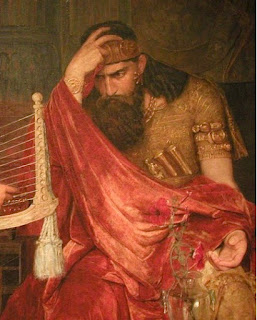 If God is sovereign and in control and allows certain things to happen (even bad things), in scripture he accepts accountability (cf. Isa. 53:4; Matt. 6:13; Rom. 1:20-28) but also holds human beings responsible for their own thoughts and actions (cf. Jas. 1:12-16). While the sovereign Lord is never completely uninvolved, it is not the case he is always the direct cause.

In 1 Samuel, King Saul defiantly disregarded the law of God (13:13; 15:20-24; 18:8-9). As a result the Lord withdrew his favor and protection, leaving Saul susceptible to his own mental torment, fear, jealousy, rage, paranoia, and insanity. Whether the troubling spirit was actively sent by God as a punishment or merely allowed by God as the inevitable consequence of Saul’s actions, Saul was ultimately to blame.

Posted by amerikiwi at 21:01 No comments:

What happens when we die? 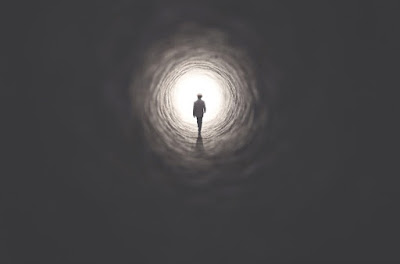 In Ecclesiastes the phrases “under the sun” (29x), “under heaven” (3x), and “on earth” (5x) describe the human perspective apart from God, i.e., human wisdom vs. divine wisdom. From a human (earthly) point of view, all is vanity or futile (37x). From this vantage point, “the dead know nothing … no more reward” (9:5) “in the grave” (9:10). This passage does not provide theological insight into the afterlife but the limited human perception apart from God and apart from divine revelation.

In Luke 16:19-31 the deceased rich man was in hades (not gehenna), in torment, while Lazarus was comforted in Abraham’s bosom, and a great chasm or gulf separated the two. If there is to be a future day of judgment to pronounce the everlasting fate of the righteous and the unrighteous (Acts 17:31), there must be a waiting place for departed spirits in the meantime. That place is hades (a.k.a. the Hadean realm) divided into two sections: paradise (comfort) and torment.

Related Posts: Into Your Hands I Commit My Spirit

Posted by amerikiwi at 07:42 No comments: