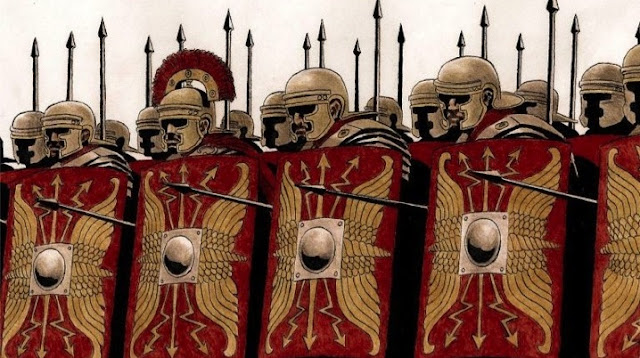 Endnotes:
1 For chronological details, see K. L. Moore, A Critical Introduction to the NT 42-44, 154-74.
2 On questions of authorship and destination, see Authorship of Ephesians, and Ephesians: Why So Impersonal?
3 Ephesus at this time was the third largest city in Roman Asia Minor, a prosperous commercial center, and the home of the magnificent temple of the goddess Diana/Artemis (cf. Acts 19:24-35).
4 This is my own New King James Southern USA Revised version. Words added for clarification are in [square brackets], with emphasis added in bold type.

Related articles: Art Heinz's Selfishness of Skipping Church; Wayne Holland's What am I Worth to the Church?

What about pre-christian boys leading worship? 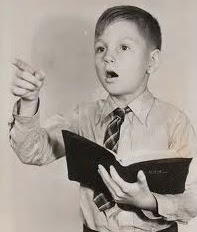 Many congregations give opportunities to young boys (who have not yet obeyed the gospel in baptism) to read or recite scriptures and to lead prayers and songs in front of the assembled church. Is this biblical? Does this set a dangerous precedent for non-christian adults or others who are not scripturally qualified to exercise leadership in the church?
Male leadership and leadership training are certainly biblical concepts (Mark 3:14; Luke 11:1-4; 1 Timothy 2:8-15; 2 Timothy 2:2; etc.). Thus preparing boys to be future leaders does not fit into the same category as opening doors to non-christian adults or female leaders. While we respect divinely ordained gender roles, we must also appreciate that culpability and innocence before God distinguishes boys from non-christian men. Prior to reaching the age of accountability,1 a child is not guilty of sin or separated from God and is thus spiritually safe.2
It is my judgment that the practice of pre-christian boys leading in worship activities does not set a “dangerous precedent” but rather a biblical precedent of training future church leaders (cf. 1 Samuel 2:11, 18; Proverbs 22:6; Ecclesiastes 12:1; 1 Timothy 4:12 and 2 Timothy 3:14-15).
--Kevin L. Moore

Related Posts: Are Humans Totally Depraved from Birth?, Train Up a Child

To be scripturally qualified as an elder in the Lord’s church, must a man’s children all be faithful Christians?

The relevant passages are the following: 1 Timothy 3:4-5, “one who rules his own house well, having his children in submission with all reverence (for if a man does not know how to rule his own house, how will he take care of the church of God?).” Titus 1:6, “… having faithful children not accused of dissipation or insubordination” (NKJV).
All would agree that the IDEAL scenario is for each qualified elder to have a plurality of children who are all faithful Christians. Unfortunately, the fallible world in which we live has always challenged and complicated what is ideal, and the Bible does not specifically address every conceivable situation with which we are confronted. This necessarily requires judgment calls for each unique case in light of general biblical principles. Here are some real-life dilemmas.
Multiple Children?
What about a man who has only one child? Could he qualify to serve as an elder? While some would disagree, I believe he could. Genesis 21:7 states, “[Sarah] also said, ‘Who would have said to Abraham that Sarah would nurse children? For I have borne him a son in his old age’.” Here the plural “children” simply means one or more and applies to a single child. If an audience were asked, “Raise your hand if you have children,” surely the single-child parents would be expected to raise their hands. Note the following passages where the plural “children” clearly does not discount the parent of a lone child: Matt. 7:11; Luke 14:26; 20:28-31; 1 Cor. 7:14; 2 Cor. 12:14; Eph. 6:1, 4; 1 Thess. 2:7, 11; 1 Tim. 3:12; 5:4, 10, 14; Titus 2:4.
Some would argue that a man with multiple children is more qualified to deal with differing personalities and inter-personal conflicts than a man with only one child. But this is a subjective perception rather than a biblical mandate. One could reason that a man with ten children is more qualified than a man with only two children, but obviously the two-child man is not biblically disqualified. While perhaps less than ideal, I don’t view a man with only one child as biblically disqualified to serve as an elder.
Faithful Children?
What, then, does “faithful” mean in Titus 1:6? In light of the parallel description in 1 Timothy 3:4, a case can be made for “not unruly” in society and “compliant” while under the father’s direct influence. However, this interpretation is based on ambiguity and mere possibility rather than certainty. The more natural meaning, and surely the more solid position, is with reference to being faithful to the Lord.
If a man has multiple children, therefore, must they all be faithful Christians? What if a father has ten children, nine of whom have obeyed the gospel and the other has not yet reached the age of accountability? It seems to me that this man has proven himself as “one who rules his house well” and would be scripturally qualified. What if he has ten adult children, nine of whom are faithful in the church and one is rebellious and unfaithful? Seeing that he no longer has direct control or immediate authority over his sons and daughters who have grown up and left home, he has still proven himself as a capable leader and can’t realistically be held accountable for the rebellious one who has resisted his direction. To suggest otherwise would be to impugn the Lord himself (cf. Psalm 107:6-11; Isaiah 1:2).
Those of us who were raised by godly parents and are faithful in the church are testimonies to the way it’s supposed to be. Irrespective of how insubordinate we may or may not have been in the past, we exemplify receptive, moldable, compliant souls, as do our own faithful children. But this does not address the godly parents whose counsel is persistently rejected by the defiant son or daughter, not to mention any number of unseen variables beyond parental control.
Now here’s where it gets tricky. What percentage of one’s children must be faithful in order for him to be scripturally qualified to serve as an elder? It is reasonably clear to me that if none of his children is faithful, he is not scripturally qualified. But what about 90% (as in the above hypothetical case)? While not ideal, I am not prepared to say that such a man is disqualified (assuming he meets all other criteria). What about 80%? 50%? 33%? 10%? Again, the Bible does not offer a specific, definitive answer to every conceivable, real-life predicament. Therefore, based on common sense, mature reasoning, general biblical principles, and knowledge of each unique situation, judgment calls have to be made.
Conclusion
The only dogmatic statement I can make (and am compelled to make) is that a man should not serve as an elder if none of his children is faithful to the Lord. When multiple children are involved, the lower the percentage the more circumspect we ought to be. If I were to err, it would be on the side of caution.
Consciences must not be violated. Unnecessary conflict should be averted. Commitment to doctrinal purity and the spiritual health of the church ought to supersede personalities, preferences, feelings, and opinions. For “if a man does not know how to rule his own house, how will he take care of the church of God?” (1 Timothy 3:5).
--Kevin L. Moore

Related Posts: Train up a child

Related articles: Michael Whitworth’s He Must Have Faithful Children.