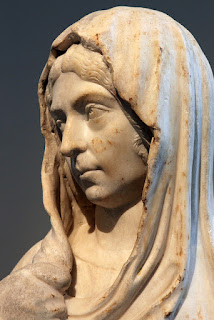 Endnotes:
1 Unless otherwise indicated, all scripture quotations in English are the author’s own translation.
2 It was not always considered degrading for a man to have long hair. Nazarites were not allowed to cut their hair (Numbers 6:1-21). Solomon’s horsemen let their hair grow to considerable length (Josephus, Ant. 8.185). There was a time in history when Jewish men typically wore longer hair (2 Samuel 14:25-26; Song 5:2, 11; Ezekiel 8:3; cf. Judges 13:3-5; 16:13-22). In fact, the 9th-century BC Assyrian Black Obelisk of Shalmanezer III depicts Israelite men with shoulder-length hair. 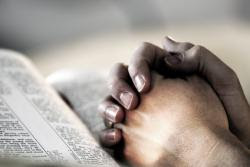 Endnotes:
1 Unless otherwise indicated, all scripture quotations in English are the author’s own translation.
2 If the head-covering itself is tied to creation, as some have maintained, then God’s people should have observed this convention since the beginning. The evidence for this, however, is lacking. There is no record that Eve wore a garment over her head; the Lord initially clothed Adam and Eve alike (Genesis 3:21). No specific examples are found in the Old Testament of what is alluded to in 1 Corinthians 11. The Law of Moses contains no explicit head-covering legislation. With the exception of the present text, the New Testament is silent on this topic. The creation-order argument is about gender roles rather than specific clothing regulation.
3 The expression dia touto is used elsewhere in Paul’s writings to point forward: cf. 4:17; 2 Corinthians 4:1; Romans 4:16; 1 Thessalonians 2:13; 3:5; Philemon 15.

Female Head-coverings in 1 Corinthians 11:2-16 (Part 2 of 5): The Setting and the Nature of the Covering 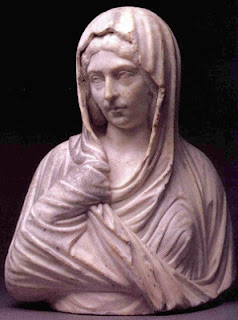 The original text of 1 Corinthians had no chapter or verse divisions and certainly no chapter headings like, “The Christian Assembly” or “The Behavior of Women in Public Worship.” What is recognized today as chapter 11 could just as easily have been started at 10:14, 10:23, 11:2, or 11:17, but it is almost unanimously agreed that it was a mistake to mark the beginning of the chapter at 11:1.
Since a Christian assembly is not specifically mentioned until 11:17-18, there is no legitimate reason to reverse this context to incorporate the previous discussion. The contrasting statements of commendation in v. 2 and of rebuke in v. 17 clearly demonstrate that a new section begins at v. 17.
The Setting:
One of the more prevalent assumptions among commentators and other interpreters is that the corporate worship assembly is the setting under consideration in 11:2-16. While the acts of “praying” (communicating to God) and “prophesying” (proclaiming divine revelation) were part of the early first-century church services, they were by no means restricted to them. Praying was done individually in private (Matthew 6:6) as well as in public (Luke 18:10-13), collectively in small groups (Acts 12:12; 20:36), and in the presence of both believers (Luke 11:1; 22:39-41) and unbelievers (Acts 27:35). Prophesying took place at special gatherings (Acts 15:30-32), at informal settings (Acts 21:10-11), and in the presence of individuals (Acts 24:25), small groups (Acts 19:6), crowds (Luke 2:3 ff.), believers (1 Corinthians 14:22), and unbelievers (1 Corinthians 14:24; Revelation 10:11).
Since prophesying was not done individually in private, the praying in 1 Corinthians 11 probably does refer to group prayer. Nevertheless, whatever men are said to be doing in v. 4, the same is attributed to women in v. 5. And Paul goes on in 14:34-35 to forbid women from leading in these activities in the public assembly. Instead of specifying a particular environment, Paul merely identifies the act of praying or prophesying in 11:2-16.
In the first-century church, women as well as men were endowed with the miraculous gift of prophecy (Acts 2:17; 21:9). Women were expected to be teachers (Titus 2:3-4) and workers in the Christian community (Romans 16:1; Philippians 4:2-3). At the same time, there were restrictions placed upon Christian women. They were not permitted to teach or have authority over men (1 Timothy 2:11-12), nor were they allowed to speak as to lead the public assembly (1 Corinthians 14:34-35).
Since the women in 1 Corinthians 11:2-16 are said to be praying or prophesying the same as men, and only men are authorized to lead in the public meetings of the church, and assuming Paul is consistent in his teachings, the sensible conclusion is that the apostle is not pointing his directives here to the corporate assembly. His observations would therefore apply to any situation where praying or prophesying was done, such as all female gatherings (cf. Acts 2:17; 16:13; 21:9; Titus 2:3-4).
In context, Paul has been discussing a Christian’s influence “in all things” – social and religious, toward both believers and unbelievers (8:1–11:1). In 11:2-16 he does not employ the church-assembly phraseology that is repeatedly emphasized later on (11:17, 18, 20; 14:23, 26). One should not presume that it was inconsequential to discard the emblems of modesty and decorum in gatherings restricted to women, especially in the context of spiritual activity.1
The Nature of the Covering:
The expression akatakaluptō (“uncovered”) in v. 5 does not inherently reveal that which covered the head before it became uncovered. Accordingly some have argued that the covering under consideration is the natural covering of hair (cf. v. 15),2 and to be “uncovered” means to have the hair removed. This interpretation, however, is improbable considering Paul’s argument in v. 6. It would be senseless for him to have said that if a woman’s head is not covered with hair, let her “also” (kai) have her hair cut off.
Seeing that there is no object in the phrase kata kephalēs echōn (lit. “having down upon the head”) in v. 4, could this be referring to long hair? There is no known precedent for this phrase being used in relation to hair, but there are examples of an artificial covering depicted this way. In the LXX version of Esther 6:12, Haman is described as mourning with his “head covered” (kata kephalēs). In Plutarch’s Moralia 200.13, Scipio the Younger is said to have “his toga covering his head,” and the phrase kata kephalēs echōn is identical to the wording of 1 Corinthians 11:4.
The noun peribolaion (“a [wrap-around] covering”) in v. 15 does not correspond to the verb katakaluptō (to “cover”) used five times in vv. 5-13. Paul did not use kalumma (the noun form of katakaluptō) in v. 15, neither did he use periballō (the verb form of peribolaion) in vv. 5-13. It stands to reason that the covering mentioned in v. 15 is different from the covering alluded to in vv. 5-13. The apostle affirms that a woman’s long hair is a peribolaion, whereas there is something else that serves to katakaluptō her head. Moreover, an artificial headdress in addition to the woman’s hair is consistent with what is known about the societal norms of the time.
Some will argue that the statement in 1 Timothy 2:9, which discourages a particular hair style, shows that there were women who did not wear garments covering their hair. Despite the fact that Ephesus is in view here rather than Corinth, this conclusion is still not definitive. While Jewish women typically concealed all of their hair, other women, particularly among the Greeks and Romans, generally wore loose-fitting headdresses exposing at least some of the hair (see, e.g., vol. 11 of E. R. Goodenough’s Jewish Symbols in the Greco-Roman Period).
Different types of head-coverings were worn in ancient times. Some concealed the head and face, others covered the hair but not the face, while others were loosely worn, exposing the face and part of the hair. Taking into account the cultural diversity of Corinth’s population, a variety of fashions would be expected. It is interesting that Paul’s language in 1 Corinthians 11:2-16 is somewhat ambiguous with reference to the type of covering. His ambiguity suggests that he is dealing with the head-covering in general without regard for any particular style.
--Kevin L. Moore

Endnotes:
1 The present imperative in v. 6, “let her continue to have her head covered,” indicates further that the limited setting of a corporate worship assembly is not the exclusive focus. At whatever times it was considered indecorous for a Corinthian woman to have short hair or to be shaved, a respectable Corinthian woman was to have her head covered as often.
2 The NIV marginal note offers the following alternative version of vv. 4-7: “Every man who prays or prophesies with long hair dishonors his head. And every woman who prays or prophesies with no covering (of hair) on her head dishonors her head – she is just like one of the ‘shorn women.’ If a woman has no covering, let her be for now with short hair, but since it is a disgrace for a woman to have her hair shorn or shaved, she should grow it again. A man ought not to have long hair.” Gordon Fee responds to this unconventional rendering: “How this option made the NIV margin is a great puzzle. It does disservice to the Greek at too many places to be viable. One might allow any one of these, but their cumulative effect requires the acceptance of too many contingent improbabilities” (First Corinthians 499 n. 28). 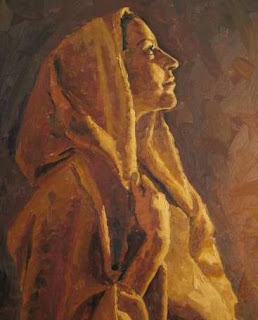 Nearly every student of the Bible is aware of the discussion in 1 Corinthians 11:2-16 concerning women praying or prophesying with covered heads. But when it comes to understanding the meaning and application of this passage, most will have to admit that they haven’t really studied it in detail, at least not beyond examining one or two English translations and perhaps a few commentaries.

V. 13: The verb krinate (“judge”) is an aorist imperative and constitutes the only real command in this whole paragraph. “You . . . yourselves” is emphatic, stressing to the readers that the decision must be their own.
V. 15: The dative pronoun autē (“to her”) is absent from a number of manuscripts and is variously positioned in others. The preposition anti, originally meaning “facing, over against,” does not always mean “instead of” but also carries the sense of “equivalence” and is thus rendered here, “corresponds to.”
V. 16: The NASB, NIV, and RSV rendering of toiauten as “other” is an unfortunate mistranslation; it actually means “such” (cf. ASV, ESV, N/KJV). The word sunetheia denotes more than a mere “practice” (prassō); it means “custom," "habit," or "customary usage.”
--Kevin L. Moore

Endnotes:
1 For further background on 1 Corinthians, see the author’s A Critical Introduction to the New Testament 138-44.
2 For further information from primary sources about ancient cultural practices relating to the head covering, hair length, and worship conventions, see the author’s We Have No Such Custom 9-26. Misinformation and confusion are almost guaranteed if one relies too heavily on secondary sources. For example, nearly all women wore veils in public (F. H. Wight, Manners and Customs of Bible Lands 98-99) vs. the veil was exceptional in ancient times (Peloubet’s Bible Dictionary 719); Jewish women were always veiled in public (C. K. Barrett, First Corinthians 251) vs. they were usually not veiled in public (Encyclopedia Biblia 4:5247); reputable Greek and Roman women wore veils in public (ISBE 4:3047) vs. Greek women were not compelled to wear veils in public (TDNT 3:562)???
3 Unless otherwise indicated, all scripture quotations in English are the author’s own translation. The underlying Greek text is the UBS The Greek New Testament, 4th rev. ed. (1994).