Religious Dialogue 101: For the Lazy and Dishonest (Part 3 of 4) 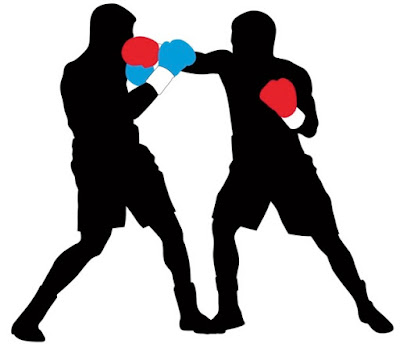 11. Anachronism means to attribute something to a period of time to which it does not belong. In discussions about immorality and female deportment in ancient Corinth, how many have made reference to “the 1,000 cult prostitutes in Corinth’s temple of Aphrodite”? While the observation may be relevant to ancient Corinth, it is anachronistic if applied to the Corinth of Paul’s day. The description comes from Strabo’s Geographica 8.6 (7 BC – AD 23) and pertains to the Greek city-state of Corinth prior to its destruction in 146 BC. Because the Romanized Corinth of Paul’s day was very different (see Ancient Corinth), we should seek contemporary data to shed light on the Corinthian correspondence rather than anachronistic information that could paint a distorted picture and lead to faulty conclusions.

12. Eisegesis is reading one’s presuppositions into the biblical text, in contrast to exegesis, which means to draw out of the text what the inspired writer intended to convey. In religious circles where Martin Luther’s doctrine of justification by faith ‘alone’ has been embraced, it is not uncommon for Rom. 10:13 to be cited (“For ‘whoever calls on the name of the Lord shall be saved’”)1 to affirm the acceptance of Jesus into one’s heart through prayer as salvation’s sole requisite, independent of and prior to baptism. However, Paul had already penned the words of Rom. 6:1-18 (inclusive of baptism in the salvation process) before writing chap. 10. Therefore, whatever is stated in chap. 10 does not cancel out and must be understood in light of what was previously affirmed. In fact, Paul’s own baptism for the forgiveness of sins was an integral part of his “calling on the name of the Lord” (Acts 22:16; cf. 2:21, 38-41).

13. Inventing “facts” and propagating false information takes place when one attempts to support a claim by citing evidence that is unverifiable or simply not true. In commenting on a view for which he sees vague historical support, Gordon Fee remarks: “it seems to be the case of one scholar’s guess becoming a second scholar’s footnote and a third scholar’s assumption” (First Corinthians 511). While such an argument may appear convincing on the surface, upon further investigation it proves to be empty and misleading. The editors of the gay-friendly Queen James Bible claim that the sin of Lev. 18:22 is not homosexuality but idolatry, “having sex with male pagan temple prostitutes .... in the temple of Molech.”2 However, Molech was worshiped with child sacrifice (Lev. 18:21; 20:1-5; Deut. 12:31; 2 Kings 23:10; Jer. 32:35), and there is no conclusive evidence that sex (homosexual or otherwise) was any part of the ancient ritual. Based on this misinformation the QJV editors have altered the biblical text and distorted its meaning to suit a personal agenda (cf. 2 Pet. 3:16-17).

14. Creating God in one’s own image is the result of interpreting the divine will through one’s own subjective thinking and presumptuously speaking on the Lord’s behalf. In a July 2015 interview with Marc Lamont Hill of the Huffington Post, former U.S. president Jimmy Carter stated, “I believe Jesus would approve gay marriage …” <Link>. Without any scriptural foundation for his claim, and in direct opposition to what the Bible actually says (see Delusion of Gay Marriage), Carter equates his own personal judgment with what the Lord allegedly accepts. In the words of Tim Keller, “If your god never disagrees with you, you might just be worshiping an idealized version of yourself” (Facebook post, 15 May 2014).

15. Redefining terms is a cunning tactic that builds a seemingly biblical case on non-biblical concepts. “Love” is a catchword in our postmodern society that is synonymous with the unconditional acceptance of practically anyone’s beliefs and lifestyle. To verbally disagree with the views and behavior of others, even in a respectful manner, is to stand accused of fearing or hating them and discounting the compassionate love of Christ. But the biblical concept of love is not some flimsy emotional state void of conviction and moral principle. It is a conscious decision to pursue the interests of others beyond oneself (cf. 1 Cor. 13:4-7). Genuine love, therefore, does not overlook, justify, or tolerate the sinful conduct condemned in God’s word (1 Cor. 5:1-5; 13:6). It compels us to warn of divine judgment (Matt. 5:29-30; 2 Cor. 5:9-11) and to plea for humble submission to the will of God (Luke 3:8; 13:3; 2 Cor. 7:9-12).
--Kevin L. Moore

Endnotes:
1 Unless otherwise noted, scripture quotations are from the NKJV.
2 “The Gay Bible,” <Link>; and “Editor’s Note,” <Link>. For a more detailed response, see The Queen James Bible.