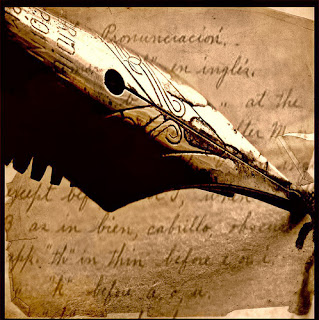 It is commonly assumed that the Bible has been substantially altered over the centuries, and its current form is therefore vastly different from its original form. But the intentional wholesale corruption of the biblical text, as is sometimes alleged, is a twisted exaggeration void of factual support. Be that as it may, the accumulation of inadvertent changes is another matter. It is an undisputed fact that until the mid-15th century when the printing press was invented, biblical documents were copied by hand and human error naturally produced variants in the text. While this is also true of all other ancient writings, does it legitimize the blanket accusation that the holy scriptures have necessarily been distorted to the point that they are no longer trustworthy?
With regard to the Hebrew Bible (the Old Testament), the most significant changes merely affect the order of the respective books and how they are classified, yet the text itself has essentially remained intact. The Septuagint (LXX) is the Greek translation of the Hebrew scriptures produced in the 3rd–2nd centuries BC, and the Massoretic Text (MT) is the standard Hebrew canon that was revised, copied and distributed between the 7th and 10th centuries AD. While there is a handful of discernable differences between the LXX and the MT, the variations are not striking and do not significantly alter the sense of individual passages or have any effect on the overall message. And with the discovery in 1947-1956 of nearly a thousand biblical manuscripts among the Dead Sea Scrolls, we can be confident that the text of the Old Testament has been faithfully preserved. But how does this compare to the collection of New Testament writings?
It has been estimated that among the surviving New Testament manuscripts there are between 200,000 and 400,000 variations. On the surface this may seem quite alarming until it is reasonably assessed from an informed perspective. The fact of the matter is, the vast majority of these variants are so trivial as to not even be translatable! For instance, the most common occurrence is an anomaly known as "the moveable nu," where a word sometimes ends with the letter nu (the thirteenth letter of the Greek alphabet) and sometimes it does not. Either way the word’s meaning is exactly the same and the sense of the passage is entirely unaffected. Nonetheless, it is still counted as a textual variant every time it appears in the multiplied thousands of pages of Greek manuscripts.
Most other variations involve relatively minor details, such as spelling, reduplication, and word order. Is the Greek term for "believe" in John 19:35 spelt with one sigma or two? Is the Lord’s statement in Acts 26:14 also recounted in Acts 9:5 or not? Is Paul described as an apostle of "Jesus Christ" or of "Christ Jesus" in Ephesians 1:1? Text scholars devote their lives to addressing detailed questions like this, but at the end of the day the cardinal message of the New Testament is unscathed. Moreover, systematic theology further diminishes the supposed doctrinal significance of textual variants. For example, the question of whether or not the expression "nor the Son" appears in Matthew 24:36 is rendered moot by its inclusion in Mark 13:32. In other words, no fundamental doctrine of the Bible is in doubt because of textual uncertainty, and it is disingenuous to suggest otherwise.
--Kevin L. Moore

Related articles: S. Douglas Woodward's How the LXX Corrects the MT
Posted by amerikiwi at 12:38