There are only two brief passages in the whole New Testament that might be regarded as substantive textual variations, namely the last twelve verses of Mark’s Gospel and the account of the adulterous woman in John 7:53–8:11. To put this in perspective, if the average printed Bible consists of around 1,200 pages, these two paragraphs comprise less than half a page! Considering the volume and antiquity of the biblical writings and the countless number of times they have been hand-copied, recopied, and passed down through the centuries in the harshest of circumstances, the amount of variant readings is negligible.

While only a comparative few manuscripts omit the verses in question or have the latter text positioned elsewhere, the overwhelming majority include them where they appear in nearly all standard English versions. The issue of textual disposition notwithstanding, everyone agrees that these two passages contain authentic information, bearing strong affinities to other Gospel accounts, and include no teaching or practice that is not taught elsewhere in the New Testament. Even so, the tenacity of these verses in avoiding complete omission from practically every standard Greek text and translation, despite overwhelming opposition, bears testimony to their apparent veracity (to be discussed in more detail in future articles).1 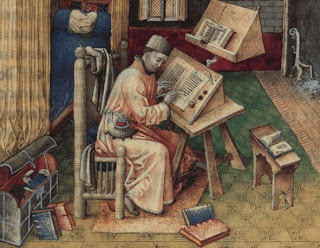 The science of textual criticism is committed to the meticulous scrutinising of every variant reading and determining the precise wording of the biblical writings. The probability that the original text of the New Testament has been preserved is based on two significant factors: (1) the vast number of available manuscripts with which to work, and (2) the chronological proximity of these documents to the originals. Before consideration is given to the documentary evidence undergirding the books of the New Testament, what is available to corroborate other ancient literary works?
The famous Iliad of Homer, after its initial oral transmission, was committed to writing sometime after Homer’s death in the 8th century BC and then edited to remove interpolations and copyist errors in the 6th century BC. The earliest extant fragments of this work date back to the 3rd century BC (about 500 years removed from the original), and the oldest complete copy is from the 10th century AD. In total there are 643 manuscripts of this epic poem (second only in attestation to the New Testament), with 764 disputed lines of text. Yet Homer’s Iliad is widely acclaimed as one of the greatest literary masterpieces of the western world.
The Gallic Wars of Julius Caesar is preserved in only ten surviving manuscripts, the earliest of which is about nine centuries removed from the original. There are merely seven extant copies of Pliny’s Natural History, with a gap of around 750 years between the initial work and the oldest available manuscript. The History of Thucydides and the History of Herodotus are known from only eight copies each that are separated from the originals by approximately 1,300 years. And despite the scant textual evidence supporting these ancient works, one would be hard pressed to find a reputable historian, classicist, or even theologian who would dare question their historical value and credibility.
In comparison, the number of surviving manuscripts of the New Testament is exceedingly greater than that of any other ancient literary work. Not counting texts inscribed on potsherds and amulets, there are no less than 5,735 Greek New Testament manuscripts, the earliest of which date back to within decades of the originals. To this can be added the thousands of manuscripts translated into Syriac, Latin, and other languages, plus plethoric quotations from early ecclesiastical writers. The unique challenge of New Testament textual criticism is not the scarcity of the documentary evidence but the unparalleled quantity! As the late F. F. Bruce has pointedly observed, "if the New Testament were a collection of secular writings, their authenticity would generally be regarded as beyond all doubt" (New Testament Documents 10).
--Kevin L. Moore

Related articles: Tim Challies' Has the Bible Been Preserved?
Posted by amerikiwi at 12:51