The New Testament Epistle of Jacob 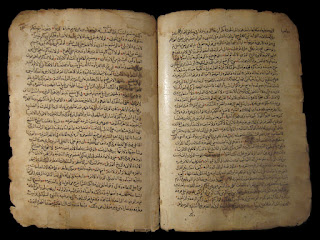 ﻿﻿﻿﻿﻿﻿﻿     The book entitled "James" in our English Bibles begins with these words in the Greek New Testament: Iakōbos theou kai kuriou Iēsou Christou doulos, meaning, "Jacob, a slave of God and of [the] Lord Jesus Christ" (author’s own translation). The name Iakōbos is actually the Graecized form of "Jacob." Etymologically, the Old French, derived from the Late Latin Iacomus (a variant of Iacobus), gave to English speakers two alternatives: "James" and "Jacques." Heavily influenced by Norman French, the English preferred "James," the first recorded reference to which was the biblical "St. James" in 1148. After the thirteenth century, this name was more commonly used, particularly in northern England and Scotland, and it became a very popular moniker when King James VI of Scotland became King James I of Great Britain in 1603 (see The American Heritage Dictionary of the English Language, 4th ed.).
At least five men are mentioned in the New Testament by the name Iakōbos: (1) The Old Testament patriarch Jacob (Matthew 1:2, 8; 22:32; etc.); (2) James, the son of Zebedee and Salome and brother of John (Matthew 4:21; 27:56; cf. Mark 27:56); (3) James, the son of Alphaeus (Matthew 10:3; Mark 3:18; etc.); (4) James, the father of Judas (Luke 6:16); and (5) James, the Lord’s brother (Matthew 13:55; Galatians 1:19).
In addition to at least two half-sisters, Jesus had no less than four half-brothers, one of whom was named Iakōbos (Matthew 13:55-56; Mark 6:3). This is the one most likely to have authored the New Testament document that bears his name, seeing that the author writes authoritatively as though he were already well known and respected among his readers. Despite his initial unbelief (John 7:5, 10), James was an eyewitness of the resurrected Christ (1 Corinthians 15:7) and was later counted among the believers in Jerusalem (Acts 1:14). He would have still been relatively young when he took part in the meeting where Matthias replaced Judas (Acts 1:15-25), though he eventually rose to prominence as a leader in the Jerusalem church (Acts 12:17; 15:13; Galatians 1:19; 2:9).
Striking similarities have been noted between the Greek of James’ epistle and the speech of James recorded in Acts 15:13-21. The epistle harmonizes with what is known about the Lord’s brother from Luke (Acts 15:13-21; 21:17-25), from Paul (Galatians 1:19; 2:9, 10), and from Josephus (Ant. 20.9). Origen is among the earliest to mention the epistle as the work of this particular James, while also recognizing the writing as scripture (Ad Rom. 4.1; Hom. in Lev. 2.4; Hom. in Josh. 7.1). Eusebius claimed that in his day, despite a few dissenters, the epistle was generally attributed to James, the half-brother of Christ (Eccl. Hist. 3.25.3; 2.23.25).
Not all critical scholars accept the epistle of James as having been written by a sibling of Jesus. Reasons given include the following. (1) No special relationship with Christ is alluded to in the letter. (2) The language, cultural background, and style of the document seem inconsistent with a conservative Jewish peasant from Galilee. (3) There are a number of parallels between James and other New Testament writings, particularly the Sermon on the Mount in Matthew 5–7, suggesting literary dependence. (4) Similarities of language with I Clement and the Shepherd of Hermas point to a period well beyond the lifetime of James.
In response, consider the following. (1) No special relation to Christ is alluded to because James obviously considered his spiritual relationship with the Lord to be much more significant than his physical connection. (2) While the quality of Greek in James should not be exaggerated, first-century Palestinian Jews appear to have been much more proficient in the Greek language and culture than some have imagined (see A. T. Robertson, Grammar 26-29), and the potential role of an amanuensis cannot be discounted either. (3) Familiarity with the teachings of Jesus is not equivalent to dependence on a written account; both James and Matthew (as well as other New Testament writers) were well acquainted with the same body of material long before it was put into writing. (4) It is just as likely that the respective authors of I Clement and the Shepherd of Hermas were influenced by the language of James.
The opening address and the heavy Jewish flavoring of the epistle (cf. 1:1; 2:2, 8-13, 21; 4:11) indicate that it was written to Jewish believers early in the history of the church, before the movement had completely developed beyond the general circle of Judaism (cf. Acts 8:1, 4; 11:19; see James and the Law of Moses). Paul’s statement about James "leading about" a believing spouse (1 Corinthians 9:5) does not imply long-distance or long-term journeys but could simply have reference to the ministry of James and his wife around the region of Judea (cf. Acts 9:31; 11:1). The biblical record shows James living in Jerusalem from at least the year 30 (Acts 1:14), with his continual presence noted there in the years ca. 36 (Galatians 1:19), 44 (Acts 12:17), 50 (Acts 15:13), and 57 (Acts 21:18). Porcius Festus died in the summer of 62 (Josephus, War 20.9.1), and James is reported to have died as a martyr in Jerusalem about the same time (Josephus, Ant. 20.8.9; Eusebius, Eccl. Hist. 2.23.2, 20).
"Be humble before [the] Lord, and he will exalt you" (James 4:10).
–Kevin L. Moore

Related Posts: Epistle of Judas, James and the Law of Moses