The Synoptic Problem and Markan Priority? (Part 2 of 2) 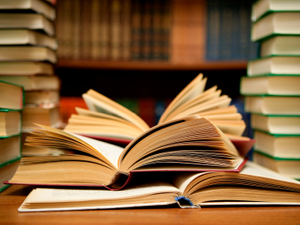 Those who advocate the Markan Priority (MP) theory as a feasible solution to the Synoptic Problem tend to highlight the similarities among the Synoptics while minimizing the differences. To get an accurate sense of the relationship of these accounts, it is necessary to analyze the texts as they appear in the Greek New Testament rather than in English translations (see W. R. Farmer, Synopticon [1969]). Consider this sample comparison of Matthew 16:24-28, Mark 8:34–9:1, and Luke 9:23-27: fifty-five words (27%) are identical in all three accounts, eighteen words (9%) are identical in only Matthew and Mark, nine words (4%) are identical in only Matthew and Luke, fourteen words (7%) are identical in only Mark and Luke, thirty-five words (17%) are unique to Matthew, forty-eight words (23%) are unique to Mark, and twenty-seven words (13%) are unique to Luke.
At the risk of over-simplifying the complexities of the debate, the Synoptic Problem, as daunting as it may seem, is only a problem if one begins with the assumption of literary dependency. While Matthew, Mark and Luke admittedly share a number of striking parallels, the glaring differences must also be accounted for, and each writer’s distinctiveness clearly argues for independence. The similarities are readily explained by a combination of the following.
First, all of the Gospels share the same subject matter. The authors did not base their works strictly on literary sources but on actual people and events. Second, they all share a common background of information. Eyewitness testimony undergirds all three accounts. Matthew himself was an eyewitness and had first-hand knowledge of much of what he records (see Authorship of NT Gospels). Even though he did not personally see or experience everything that is reported (e.g. 1:1–4:11; 17:1-9; 26:3-5; 28:1-15), he was associated with those who did. Mark and Luke were also personally acquainted with eyewitnesses (Luke 1:2; 1 Peter 5:13). Furthermore, in addition to written accounts that may have been available (cf. Luke 1:1), the oral transmission of information would have been quite accurate and consistent in the context of ancient oral cultures (see Oral Transmission).1 The eyewitnesses were still around as these accounts circulated and would surely have guarded against significant variation.
It is of interest to note that the highest percentage of literary agreement among the Synoptics is in sections where sayings of Jesus are recorded, demonstrating the extreme care of the early church to preserve the Lord’s teachings. Granted, Jesus and his immediate followers spoke Aramaic, but from Pentecost onwards the oral transmission of the gospel message was not limited to this language (Acts 2:4-11; 8:4; 11:19-20). Since these teachings came to be recorded in Greek, it is only natural to conclude that they had also been verbally communicated in Greek, particularly among the Hellenists, the Greeks, and the bilingual populace of the Roman Empire. In fact, one of the Gospel writers implicitly places himself outside the circle of Aramaic speakers (Acts 1:19).2
Finally, notwithstanding anti-supernaturalist objections, the influence of the Holy Spirit is a significant factor. There would have been divine assistance provided through revelation (Matthew 10:19-20; John 16:13; Ephesians 3:5) and inspiration (1 Corinthians 2:12; 2 Peter 1:21), along with sharpening the memories of eyewitnesses (John 14:25-26) (see Biblical Inspiration in Perspective).
The best solution to the Synoptic Problem appears to be the simplest. Although the Independence Proposal is not very popular among the majority of contemporary New Testament scholars (perhaps because it is not complicated enough!), it seems to make the most sense in light of a straightforward evaluation of the available evidence.
–Kevin L. Moore


Endnotes:
1 The hypothetical Q source, an attempt to explain the agreements between Matthew and Luke against Mark, fails to account for the fact that "the degree of agreement between Matthew and Luke varies widely in the Q material," making it necessary to "postulate a variety of sources, some written, some oral, some in Greek, some in Aramaic, rather than one single written document.... a number of passages where the verbal dissimilarity between the two Gospels is so great that the hypothesis of a common source is less likely ..." (I. H. Marshall, Luke: Historian and Theologian 60-61; cf. also M. Black, Aramaic Approach to the Gospels and Acts 186-96).
2 The parallels between Luke and John cannot be reasonably explained by literary dependency (see C. H. Dodd, Historical Tradition in the Fourth Gospel).