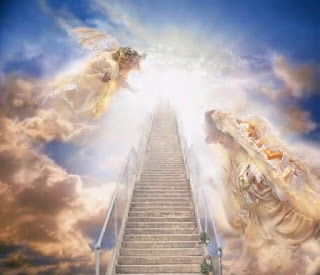 Does the Bible teach that each person has a guardian angel?
The concept of guardian angels became popular among the Jews during the intertestamental period (cf. Tobit 5.6, 21; Testament of Levi 5.6) but has no clear precedent in the New Testament.
In Matthew 18 Jesus taught that his disciples must be “as little children” to enter the kingdom of heaven and the Lord does not want a single one to be lost (vv. 1-14). In the midst of this discourse, Jesus said: “Take heed that you do not despise one of these little ones, for I say to you that in heaven their angels always see the face of My Father who is in heaven” (v. 10 NKJV). However, the reference to “their angels” [plural] does not indicate that each Christian has his/her own guardian angel, and whatever these angels are doing is taking place in heaven instead of on earth. The NEB rendering "their guardian angels" is without justification. This passage is addressing eternal salvation rather than temporal guidance or protection on earth (cf. Luke 12:8-9; 15:7, 10; ; Revelation 3:5). The point seems to be that maltreatment of "these little ones" does not escape the notice of the heavenly throne (cf. Luke 1:19).
An angel of the Lord released Peter from prison (Acts 12:7-11), and when the brethren did not believe Rhoda’s report that Peter was standing at the gate, they replied, “It is his angel” (v. 15). However, their mistaken assumption does not prove that Peter actually had a “guardian angel,” and they may have been presupposing that Peter was killed and his spirit (cf. 23:8) had spoken to Rhoda. Later Paul was comforted by “an angel of God” (Acts 27:23 f.), but again, this does not support a “guardian angel” theory. Hebrews 1:14 acknowledges that angels (in general) are ministering spirits for the heirs of salvation, but this does not suggest that each Christian has his/her own guardian angel.
What is the function of angels today?
Angels are referred to as “ministering spirits sent forth to minister for those who will inherit salvation” (Hebrews -14). The Greek word apostellomena in this verse [from apostellô, “to send forth”] is a present tense participle, meaning that angels are currently and continually being sent by God to minister to the needs of God’s people. This is consistent with how God has operated in the past (Psalm 91:11-12; 103:20-21; Matthew ; 24:31; Luke ), and there is no reason to suppose that angels are no longer active as God’s providential agents. “Some have argued that with the conclusion of the miraculous age angels also ceased to function, but in view of the fact that angelic activity is not restricted to the miraculous, there is no reason to believe that this is the case” (Rex Banks, The Exhorter [July-Sept. 2001]: 4). Wayne Jackson comments on Hebrews 1:14, “Since the supernatural era is gone, and only God’s providential activity (i.e. the divine manipulation of natural law) remains, one must conclude, I think, that somehow God employs angels in the implementation of His providential will on behalf of His saints in today’s world . . . . but beyond this we should not speculate” (VOTI 29:94). God providentially works in the lives of Christians (Romans ; 1 Corinthians ; 2 Corinthians ; 1 Thessalonians ), and his angels appear to be the instruments through which he works.
What is meant by the statement, “some have unwittingly entertained angels” (Hebrews 13:2)?
In this verse the writer of Hebrews is admonishing his readers to remember to be hospitable to strangers, and the motivation he offers is that “some have unwittingly entertained angels.” Since the epistle to the Hebrews is filled with allusions, references, and quotes from the Old Testament, the inspired writer no doubt had in mind Old Testament examples of angelic visitations with which his initial readers would have been familiar (e.g. Genesis 18-19; Judges 6:11 ff.; 13:2 ff.). This does not necessarily mean that we should expect angels to personally visit us today, but the point is that hospitality should be practiced (cf. Romans 12:13; 1 Peter 4:9) because (as biblical accounts illustrate) there are unexpected benefits to be gained.
How do some popular myths about angels compare to the biblical record?
Angels are often depicted in modern art as blonde-haired females, but in the Bible they always appear in masculine form (Genesis 19:1, 10; Mark 16:5; et al.) and nothing is said about their hair or its color. With the exception of the seraphim and cherubim, angels in the Bible are never portrayed with wings. They do not play harps or have halos suspended over their heads. Although angels have the ability to speak, they are not mentioned in the Bible as singing (with the possible exception of Job 38:7). The Bible does not teach that angels are departed saints or that saints will someday become angels. As a matter of fact, Paul says that “we shall judge angels” (1 Corinthians 6:3). While much of the angels’ work in the Bible is described in a positive manner, they often evoke fear (Numbers ; Matthew 28:2-5; et al.) and administer harsh judgment (2 Kings ; Psalm 78:49; Matthew -42; Revelation 8:5-13; et al.). One with a biblical perspective on angels does not deny their existence (Acts 23:8) or activity (Hebrews ), or misapply scripture references about them (Matthew 4:5-6), or ascribe to them attributes and functions beyond the scope of God’s revealed word.
Are angels aware of what is happening in our lives?
Jesus said “there is joy in the presence of the angels of God over one sinner who repents” (Luke ). The lives of the apostles were “a spectacle to the world, both to angels and to men” (1 Corinthians 4:9). Jesus (in the flesh) was “seen by angels” (1 Timothy ), and concerning Timothy’s conduct, Paul admonished him “before God and the Lord Jesus Christ and the elect angels” (1 Timothy ).
--Kevin L. Moore

Related Posts: The Angel of the Lord, Michael the Archangel, Demons & Demon Possession