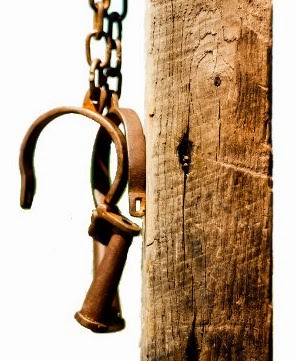 The letter to Philemon is the shortest of Paul’s extant documents, consisting of merely 334 words (comparable in size to an average Greco-Roman letter). It is the most personal of the Pauline writings, addressed to “Philemon the beloved and our fellow worker” (v. 1).1 While the address also includes, “to Apphia the sister, and to Archippus our fellow-soldier, and to the assembly in your house” (v. 2), it is written almost entirely in the second person singular (“you”) form of address and thus directed to Philemon alone. It is commonly believed that Apphia was Philemon’s wife and that Archippus may have been their adult son. Philemon appears to have been a relatively affluent Christian, as he owned a house large enough to accommodate congregational meetings and was also a slave owner.
Except among the most liberal scholars, Pauline authorship is not seriously questioned and the letter is counted among his undisputed writings. Even though Timothy is also named in the prescript (v. 1), the forty-two first person singulars with which the document is written distinguishes Paul as the sole author (note v. 19), leaving no room for Timothy in the letter’s composition, unless, of course, he served as amanuensis.2
The Philemon epistle was composed while Paul was incarcerated (vv. 1, 9, 10, 13, 23), likely during the two years he was confined to house arrest in Rome (Acts 28:16-31). A comparable timeframe with Colossians is presupposed by the close relationship between the two documents. In both letters Timothy is named as co-sender, while reference is also made to Epaphras, Archippus and Onesimus (Col. 1:7; 4:9, 17; Philm. 2, 10, 23). In both letters Mark, Aristarchus, Demas and Luke are included as the apostle’s immediate companions (Col. 4:10, 14; Philm. 24).
Since Paul was expecting potential release in Philm. 22, with no indication of such in Colossians, the Philemon epistle was probably drafted in early 62 after Colossians. In Colossians, Paul's appeal for prayers involved a petition for evangelistic opportunities in view of his "chains" (Col. 3:3), whereas in Philemon the prayer request included his anticipated release. Paul’s letter to Philemon would have been sent to the city of Colosse, seeing that Epaphras was associated with the Colosse church (Col. 1:7; 4:12) and acquainted with Philemon (Philm. 23), and Onesimus was Philemon’s slave (Philm. 15-16) and a resident of Colosse (Col. 4:9).
The traditional view is that Onesimus was a runaway slave who encountered Paul in Rome (cf. W. Barclay, Letters to Timothy, Titus, Philemon 269-76). But it has also been suggested that Onesimus may have already known Paul and sought him out for help after having gotten into trouble with his master (cf. J. D. G. Dunn, Colossians and Philemon 301-304). An alternative proposal is that Onesimus was the messenger of Philemon’s house church who delivered financial aid to the imprisoned apostle and overstayed his visit (cf. S. C. Winter, “Paul’s Letter to Philemon” NTSup 33 [1987]: 1-15).
According to recent studies of ancient Roman slavery law, it “was a legally recognized practice for a slave who had incurred his or her master’s wrath to flee to one of the master’s trusted associates to plea for his intervention and protection. The associate then served as a kind of official mediator, who would try to smooth out differences that had arisen through misunderstanding or even malfeasance” (B. D. Ehrman, The NT: Historical Introduction 353-54). It is interesting that in the opening of this epistle Paul does not describe himself as a doulos (“slave”) of Christ (as in Philippians 1:1), perhaps because of the sensitive issue he is addressing.
Slavery in the Greco-Roman world was practically viewed as an economic necessity, incomparable to the harsher forms in other times and societies. Different kinds of slavery co-existed, and one must be careful not to make presumptuous generalizations. The domestic house slaves were much better off than those working in the fields or mines. A slave middle class consisted of skilled craftsmen, secretaries, educators, and medical practitioners.3
The apostle urges a new relationship between Philemon and Onesimus, but he stops short of demanding emancipation. Elsewhere Paul encourages Christian slaves who could legally obtain freedom to take advantage of this opportunity, but otherwise their situation in life was to be accepted and used to the glory of God (1 Cor. 7:17-24). A Christian slave was still free in Christ (cf. Gal. 5:1), just as a free Christian was Christ’s slave (1 Cor. 7:22). Paul taught obedience for slaves and fairness for masters (Eph. 6:5-9; Col. 3:22–4:1). Nevertheless, the principles of Christianity (cf. Gal. 3:28) were to mitigate the harshness of slavery and would eventually lead to its demise.
Within this brief epistle to Philemon the providential working of God is clearly evident, even though the details cannot be identified specifically (v. 15). We are thus reminded that God’s will is going to be accomplished despite our human shortsightedness and our clumsy, ignorant, fallible ways. The gospel molded an unprofitable slave into a useful, trustworthy servant (vv. 11-13), and the divine message and its transforming power remain unchanged. If brotherhood can be fostered between an irresponsible slave and his frustrated master (vv. 15-16), imagine how Christ can impact any of our less-than-ideal relationships.
--Kevin L. Moore

Endnotes:
1 All scripture quotations are the author’s own translation.
2 Perhaps Timothy was brought into the picture to add support to what Paul was about to say, while Apphia and Archippus may have been included in the address as a subtle way of pressuring Philemon to comply with Paul’s request (J. Murphy-O’Connor, Paul the Letter-Writer 53). Timothy was from that general vicinity and could have been acquainted with Philemon.
3 Markus Barth and Helmut Blanke observe: “The dividing line between slaves and free persons was not always sharply drawn or easily recognized …. Often a reasonably rich man’s slave was better off than a poor citizen in possession of all civil rights …. Among ancient slaves there were highly intelligent and well-trained people who did qualified work and had – especially in Paul’s day – a fair chance of being eventually manumitted and/or of marrying into the owner’s or another free person’s family …. in many respects an ancient slave’s treatment was better and his life conditions more secure than those of a nineteenth-century factory worker” (The Letter to Philemon 3-4).