A Woman’s Service in the Church 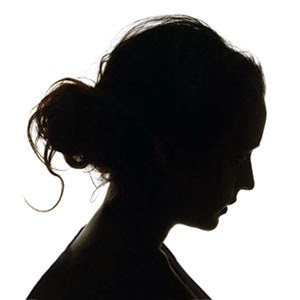 What can and should our ladies be doing in the work of the church? Many Christians, including women themselves, may be skeptical about their role and usefulness in the Lord’s service. Putting aside the usual stereotypes and preconceived misconceptions, let’s consider what the Bible says.
Many women followed and ministered to Jesus (Matthew 27:55-56) and are among the finest examples of faith, generosity and service recorded in the New Testament (cf. Matthew 9:20-22; 15:22-28; Mark 12:41-44; 14:8-9). The greatest event in history was first witnessed and announced by godly women (Matthew 28:1-10). The first “missionary” to Samaria, besides Jesus himself, was female (John 4:28-30, 39-42). Women formed part of the nucleus when the Lord’s church began (Acts 1:14; 2:41), and the number of receptive women who obeyed the gospel was an important factor in the rapid growth of early Christianity (Acts 5:14; 8:12; 17:4, 12, 34). Among those in Berea who “searched the scriptures daily” and responded to the truth were noble-minded ladies (Acts 17:11-12).1 The church at Philippi initially consisted of devout women and met in a woman’s home (Acts 16:13-18, 40). Because of their uncompromising faith these dedicated, first-century Christian women even suffered brutal persecution (Acts 8:3; 9:2; 22:4).
Tabitha “was full of good works and charitable deeds” (Acts 9:36). Phoebe was “a servant of the church in Cenchrea,” whom Paul said “has been a helper of many and of myself also” (Romans 16:1-2).2 Priscilla faithfully served with her husband (Romans 16:3-4; Acts 18:26; 1 Corinthians 16:19). Mary, Tryphena, Tryphosa, and Persis “labored much in the Lord” (Romans 16:6, 12).3 Euodia and Syntyche labored with Paul in the gospel (Philippians 4:2-3). There were widows who were “well reported for good works,” who “brought up children . . . lodged strangers . . . washed the saints’ feet . . . relieved the afflicted . . . diligently followed every good work” (1 Timothy 5:10). Any careful observer of church work and church history must concede that godly women have always been the backbone of the Lord’s church.
Since Christian ladies are to be “teachers of good things” (Titus 2:3), we find that a number of them in the New Testament were endowed with the miraculous gift of prophecy (Acts 2:17-18; 21:9; 1 Corinthians 11:5). It stands to reason that if God had given this gift and the responsibilities of teaching and service to women, he would have expected them to be utilized. At the same time, however, there are certain restrictions placed on Christian women. They are not permitted to teach or exercise authority over men (1 Timothy 2:11-12), neither are they allowed to speak as to lead the public assembly (1 Corinthians 14:34-35).
Some have mistakenly concluded that the role of male leadership indicates that women are in some way inferior to men. However, even though male headship implies a sense of female subordination (1 Corinthians 11:3), submission and inferiority are not equivalents. While all Christians have been directed to love, serve, and submit to one another (Galatians 5:13; 1 Peter 5:5), each has been allocated different functions to perform. For example, elders are to “rule over” the flock and function as “overseers” (Hebrews 13:7-24; 1 Peter 5:2), and the other members are called upon to “obey” and “submit” to them (Hebrews 13:17). As far as the relationship to one another in Christ is concerned, there is equality and mutual submission among all believers. At the same time, there are different God-ordained roles, involving leadership and unilateral submission, to be respected and fulfilled.
Whatever a Christian woman does in the Lord’s service, she ought to be sensitive to “the hidden person of the heart, with the incorruptible ornament of a gentle and quiet spirit, which is very precious in the sight of God” (1 Peter 3:3-5). She should be one who “trusts in God and continues in supplications and prayers night and day” (1 Timothy 5:5). A faithful Christian woman “cares about the things of the Lord, that she may be holy both in body and in spirit” (1 Corinthians 7:34).
What can a woman do in the church? There are any number of ministries in which she can be involved, including evangelism, prayer, teaching children’s and ladies’ Bible classes (and related ministries), correspondence work, youth activities, encouraging weak Christians, secretarial and administrative work, counseling, developing teaching materials, writing, easing the work load of other workers, providing transport, teaching special skills, and the list could go on.4 But instead of making a longer list, the best answer to this question, given by a female missionary, is the following: “Whatever I can that needs to be done.”5
Any female Christian who exhibits a sincere desire to do whatever she can for the Lord with whatever abilities, opportunities and resources she may have (within divinely-appointed guidelines), deserves all the respect, encouragement, support and appreciation she is due. Thank God for dedicated Christian women!
–Kevin L. Moore

Endnotes:
1 Scripture quotations are from the NKJV.
2 Phoebe is called diakonon, the accusative form of diakonos, which essentially means “servant” or “helper” and is applicable to all Christians (Matt. 20:26; 23:11; Mark 9:35). In the more restrictive sense, to serve in the official capacity of either a diakonos (deacon) or a presbuteros (elder), certain qualifications must be met that exclude women (1 Tim. 3:1-13). When applied to a Christian lady, therefore, whether the word diakonos is rendered “deaconess” or “servant” or even “minister,” it does not change the function designated by the term nor does it alter what a woman is allowed or not allowed to do in the church. The terms diakonos and “leader” represent completely different concepts.
3 Romans 16:7 is sometimes cited as evidence of a female apostle. However, textual variation makes it uncertain whether Junias (masculine) or Junia (feminine) was this person's name. Moreover, being highly regarded “among the apostles” does not necessarily identify him/her as an apostle but simply affirms how the apostles regarded him/her. Junia/s is never named in the biblical listings of the apostles. For an in-depth, thorough, and scholarly discussion of this text, see Michael Burer's "Rom 16:7 as 'Well Known to the Apostles': Further Defense and New Evidence," JETS 58/4 (2015): 731-55.
4 As a male Christian, I have been involved in all of these areas of service and do not in the least feel embarrassed, oppressed, subjugated, or inferior as a result, and I know an awful lot of Christian ladies who share the same sentiment.
5 Grace Johnson Farrar, “Opportunities for Women on the Mission Field,” in Christian Bible Teacher (March 1988): 103.