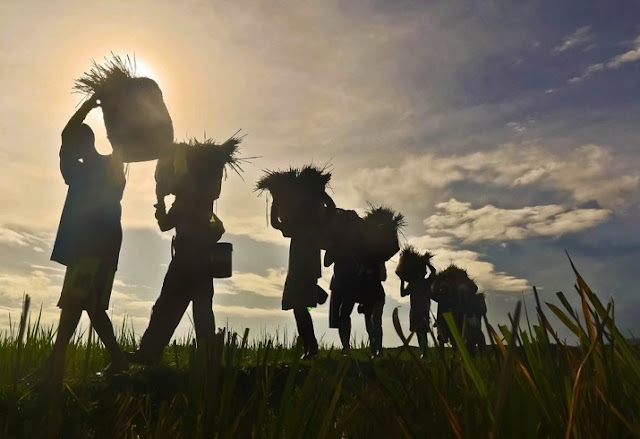 The British nursery rhyme “Peter Piper,” first published in 1813, is a well-known tongue twister wherein an inquiry is made into the whereabouts of the peck (¼ bushel) of pickled peppers allegedly picked by Peter Piper. Because of the repetitious sequence of words beginning with the letter “P,” the rhyme is easy to remember and hard to forget.
The literary device that repeats the sound of the first letter in a series of words is called alliteration, an example of which can be found in the original Greek version of 2 Corinthians 9:8. Paul is reminding his readers that God is “able” [δυνατέω = sufficiently powerful],1 but in what ways? Lost in English translation, alliteration is used (whether intentional or not) in driving home the point with a succession of seven words beginning with the letter Π (the 16th letter of the Greek alphabet, corresponding to the English “P”):
πᾶσαν [all] grace
περισσεῦσαι [make abound] to you, that in
παντὶ [every] -thing,
πάντοτε [always], having
πᾶσαν [all] sufficiency
περισσεύητε [you might abound] to
πᾶν [every] good work.
I wonder if first-century Greek-speaking Christians got tongue tied while reading this text!?
Note the circumstances (“in everything”), the timeframe (“always”), and the extent (“all sufficiency”) of God’s provision. In the previous verses there is a proverbial reminder, “the one sowing sparingly will also reap sparingly, and the one sowing upon blessings, will also reap upon blessings” (v. 6), and then applied: “each as he purposes in the heart, not out of grief or out of necessity; for God loves a cheerful giver” (v. 7).
Under the new covenant of Jesus Christ, each Christian is to give “as he purposes in the heart” in proportion to his or her own ability (2 Cor. 8:12).2 The ultimate example of giving is God himself (2 Cor. 9:15),3 exemplified through his Son Jesus Christ (2 Cor. 8:9).4 Accordingly, disciples of the Lord are to give willingly, liberally, sacrificially, and cheerfully (2 Cor. 8:1-5, 12; 9:7),5 with the assurance that it is impossible to out-give God (2 Cor. 9:8-10).6 It is not the physical act of giving or even the amount given with which God is chiefly concerned, but the joyous attitude that accompanies the gift (2 Cor. 8:2-4; cf. Deut. 15:10).
Divine blessings are not meant to be accumulated for selfish indulgence but to be employed for “every good work.” I pray that our awareness of this alliteration in Paul’s original text is as readily remembered as the exploits of the fictitious Peter Piper.
--Kevin L. Moore