The Deity of Christ 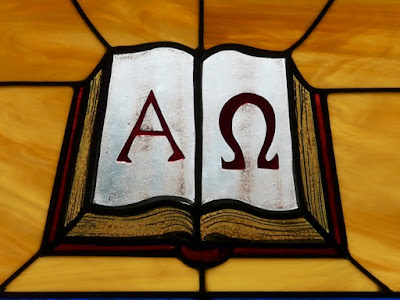 Testimonies of His Closest Companions

Thomas the Apostle. The first time the resurrected Christ revealed his crucifixion wounds to the doubting apostles, Thomas was absent and refused to believe their testimony until the same evidence was available to him (John 20:19-25). The next time Jesus appeared to the group, he provided the evidence Thomas needed to confirm his faith. Thomas was then compelled to say to Jesus, “my Lord and my God” (John 20:28).1
The English terms “Lord” and “God” are translated from the Greek kurios and theos respectively. Every time these words appear together in the Greek New Testament, they always refer to the Supreme Deity (Acts 2:39; 4:24; 7:37). Every time these words appear together in the Greek New Testament in a quotation from the Hebrew Old Testament, they are equivalent to Yahweh [God’s personal name] and ’ĕlōhīm respectively (Matt. 4:7, 10; Mark 12:29-30; Luke 1:68; 10:27; Acts 3:22).
Both Jesus and Thomas had lived their entire earthly lives as ethnic Jews and were surely familiar with the foundational law: “Take not the name of the LORD [Yahweh] your God [’ĕlōhīm] in vain, for the LORD [Yahweh] will not hold him guiltless who takes his name in vain” (Exodus 20:7).2 Was Thomas guilty of blasphemy? Had he uttered the name of the LORD God in vain? Note that Jesus does not rebuke Thomas but commends him for his spontaneous confession prompted by his conviction of faith (John 20:29-31).

John the Apostle. Around six decades after Thomas made his lofty confession and the Jesus movement had spread throughout the empire and beyond,3 the apostle John penned these words: “In [the] beginning was the Word, and the Word was with God, and the Word was God.4 He was in [the] beginning with God. All things were created through him, and without him not even one [thing] was created that has been created …. and the Word became flesh and dwelt among us …” (John 1:1-3, 14).
Seeing that a “word” (Greek lógos) is an expression of an idea, Jesus came to earth to “reveal” or “make known” God to us (John 1:18).5 According to John’s testimony, the Word (Jesus) was not only with God in the beginning (as part of the triune Godhead),6 he was God. In other words, Jesus was already existing in the beginning as God, fully divine. In fact, John affirms the involvement of the Word (Jesus) in creation (“without him not even one [thing] was created that has been created”). Elsewhere in scripture the creator of all created things is identified as the LORD [Yahweh] God [’ĕlōhīm] (Gen. 1:1; Ex. 20:11; et al.).
God spoke through the prophet Isaiah: “Thus says Yahweh, the king of Israel and its redeemer, Yahweh of hosts: ‘I [am] the first and I [am] the last; and besides me [there is] no ’ĕlōhīm’” (Isa. 44:6). Here a fundamental characteristic of deity is noted, in which the attribution “the first and the last” signifies eternality, i.e., Yahweh was in the beginning when history was initiated and will still be on the scene when it is consummated. Moreover, Yahweh himself is the initiator and the consummator, and there is no other entity about whom this truth can rightfully be said.
Approximately eight centuries later, this divine ascription is applied to the Lord Jesus. In Revelation 1:8 the statement is made: “I am the alpha and the omega, says the Lord [kurios] God [theos],7 the one who is and who was and who is coming, the almighty [one].” Contextually the speaker here is Jesus Christ, as he is depicted in the previous verse as the one who was “pierced” and “is coming with the clouds.” In vv. 17-18 the Lord is further recorded as saying, “I am the first and the last and the living [one]; and I was dead, and look, I am living …” At the end of the book, once again Jesus speaks: “Look, I am coming quickly …. I [am] the alpha and the omega, the first and the last, the beginning and the end” (22:12-13). And if there is still any doubt to whom these words directly apply, v. 16 continues: “I, Jesus …” The point is, Yahweh ’ĕlōhīm (Jehovah God) is the only one legitimately designated as “the first and the last” (Isa. 44:6); yet Jesus is described as “the first and the last” (Rev. 1; 22); therefore, Jesus is fully divine.

John the Baptizer. In John 1:19-23 John the baptizer applies the prophecy of Isaiah 40:3 to himself. His primary mission, according to the prophecy, was to “make straight” [prepare, Matt. 3:3; 11:10; Luke 1:76] the way of “the LORD.” This is the English translation of Yahweh (the personal name of God) in the Hebrew text of Isaiah. John was to prepare the way for Yahweh, and the one whose way he prepared was Jesus (John 1:26-34; 3:28); therefore Jesus (in essence) is Yahweh.

To the Romans. In English translation, after Paul affirms the requisites of confessing “the Lord Jesus” (Romans 10:9) and calling upon “the Lord” (v. 12), he quotes Joel 2:32, “whoever calls on the name of [the] LORD shall be saved” (v. 13). In the original text of Joel’s prophecy, the name to be called upon is the Hebrew Yahweh (God’s personal name). The LORD [Yahweh] of Joel 2 is the Lord Jesus of Romans 10.8

To the Philippians. In Philippians 2:6 the pre-incarnate Christ is described as “existing in the form of God,” who “counted not the being on an equality with God a thing to be grasped” (ASV). The term “existing” is the present tense of hupárchō (already in possession of and continuously existing) in the “form” of God. The word “form” is morphē, signifying the embodiment of the divine essence. His “equality with God” was not something Jesus selfishly “grasped.” Although harpagmós is a rare term (used only here in the NT) and could refer to the act of seizing, Paul applies it to something Jesus already possesses. In order to carry out the redemptive plan, Jesus did not “take advantage of” or “retain with an eager grasp” his equal status with God. Rather, he “emptied himself” in becoming human so he could suffer death (vv. 7-8). While Jesus maintained his divine essence (as noted above), he willingly took on a subordinate role. Moreover, vv. 10-11 are a clear allusion to Isaiah 45:23, where every knee shall bow to Yahweh ’ĕl[ōhīm].

To the Colossians. In an environment where the preeminence of Christ was being questioned, Paul declares Jesus as the “image of the invisible God, firstborn of all creation” (Col. 1:15). The Greek prōtótokos, translated “firstborn” in English, signifies priority or superiority (cf. Ex. 4:22; Deut. 21:15-17). Note the future tense of Psalm 89:27, showing that “firstborn” (applied here to David, the youngest son of Jesse) is a title of preeminence. Ephraim is called the “firstborn” (Jer. 31:9), even though he was the youngest brother (Gen. 48:14). In Col. 1:15 Christ is called “firstborn” because he is superior to all created things, “because in him all things were created … all things have been created through him and for him. And he is before all things, and in him all things hold together” (vv. 16-17). Further, Paul goes on to say that Jesus is “the beginning, the firstborn [prōtótokos] from the dead” (v. 18b), not that he is the first to have ever risen from the dead, but “that in all things he might be holding preeminence” (v. 18c; cf. Rom. 6:9; 8:29).
In Colossians 2:9 Paul further writes concerning Jesus: “because in him dwells all the fullness of the divine nature bodily.” The noun theótēs carries the sense of divinity, deity, godhead, divine majesty, divine nature (BAGD 355; H. K. Moulton, Analytical Greek Lexicon 193; see also Rom. 1:20; cf. Col. 1:19).9
--Kevin L. Moore

Endnotes:
1 Unless otherwise noted, scripture quotations are the author’s own translation.
2 In the LXX version of Exodus 20:7, Yahweh and ’ĕlōhīm are rendered kurios and theos respectively.
3 See Rom. 1:8; 10:18; 15:23; Col. 1:5-6, 23; 1 Thess. 1:8; and compare Acts 17:6; 21:28; 24:5; 28:22.
4 In the Greek NT, word order is used for emphasis and the article distinguishes the subject from the predicate nominative. The only legitimate rendering of kai theos ēn ho lόgos in John 1:1 is, “and the Word was God.” The emphatic position of theos stresses essence or quality, and the absence of the article avoids the conclusion that ho lόgos is the Person of God [the Father]. The word order shows that ho lόgos has all the divine attributes of God. If the order and/or employment of the article were different, ho lόgos ēn ho theos (“the Word was the God”) = Sabellianism (Jesus is the Father) – see Responding to Sabellianism; or ho lόgos ēn theos (“the Word was a god”) = Arianism – see Responding to Arianism.
5 The Greek verbal exēgéomai in John 1:18 means to “reveal,” “explain,” or “declare.”
6 See The Triune Godhead.
7 These are the same two words, kurios (Lord) and theos (God), attributed to Jesus in John 20:28 and consistently used in the New Testament to translate the Hebrew Yahweh and ’ĕlōhīm. Alpha and Omega are the first and last letters of the Greek alphabet, and the Textus Receptus includes the words archē kai télos (“beginning and end”) here in 1:8 (N/KJV), as in 22:13.
8 By the second century BC, the Jews considered the name Yahweh to be so sacred that when reading the Hebrew scriptures the term adonai (Lord) was substituted. This practice is reflected in the LXX (Greek translation of the Hebrew scriptures) in that the Greek kurios (Lord) is consistently used for the divine name. In fact, of the 8,000+ occurrences of kurios in the LXX, 6,700 are in the place of Yahweh. Those in the first century AD who were familiar with the LXX and heard Jesus addressed as kurios could surely make this connection.
9 In 1 Tim. 3:15-16 Paul further speaks of the one who “was manifested in flesh” as “God.” According to the Byzantine Majority Text, v. 16 reads: theos ephanerōthē en sarki (“God was manifested in flesh”). Although weighty textual evidence favors the reading hos (“who”) instead of theos (God), the nearest antecedent is still “the living God” of v. 15. Obviously an exalted view of Christ is presented in Paul’s writings. See also Heb. 2:8-9; cf. Psa. 110:1; Matt. 22:44; Acts 2:34.