When a Biblical Text is Misapplied: Ephesians 5:11 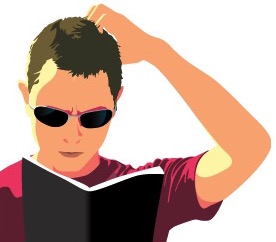 When Paul instructs his readers in Ephesians 5:11 to have no fellowship with the unfruitful works of darkness, he is not telling them to mark and withdraw from a congregation because their preacher associates with someone who has appeared on the same lectureship with a speaker who is affiliated with a school that is theologically suspect. Irrespective of the congregation, preacher, lectureship, speaker, or school in question, appealing to Ephesians 5:11 to address scenarios like this is to remove the verse from its context and misapply it.1 Should we stand for truth? Yes. Are we to oppose religious error? Absolutely. But misappropriating a biblical text is itself religious error that must be avoided and opposed.

Contextually Paul is encouraging his mid-first-century Ephesian readers not to participate in the sinful behaviors of the pagan world in which they live. To obey the directive, we must not engage in “the unfruitful works of darkness,” namely illicit sexual activity and other immoral conduct and speech (vv. 1-7). To extend the application of this text to include situations unrelated to the point Paul is making is to mishandle the word of truth in violation of what the apostle has instructed elsewhere (e.g. 2 Cor. 4:2; 2 Tim. 2:14-16, 23-26). By all means defend sound doctrine, but remember the old adage that a text without a context is a proof text.2
--Kevin L. Moore

1 For a more in-depth assessment of this passage, see next week’s post.
2 The full quote, attributed to the father of NT scholar D. A. Carson, is: “A text without a context is a pretext for a proof text.” Although the expression “proof text” can apply to a biblical text that confirms a particular point, it is normally used in the negative sense of removing a passage from its context in a misguided attempt to justify or affirm a doctrine it does not actually teach. Despite giving the appearance of biblical authority, such an approach is misleading.