How is “Modest” Apparel to be Measured? 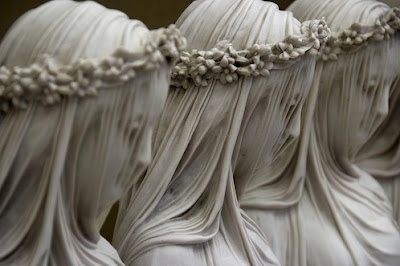 In the never-ending debates over what constitutes modest vs. immodest clothing, attempts have been made to find an exact standard of measurement in scripture to settle the disputes. But if we are not careful, we might allow our preconceptions to either speak where God has not spoken or distort what God has prescribed.
The Standard of Priestly Underwear?
The directives in Exodus 28 concern “holy garments” for descendants of Aaron in their service as priests in the Jewish tabernacle [and later temple], including a breastplate, ephod, robe, tunic, turban, and sash (vv. 1-4). These were to be made and worn according to very strict guidelines (vv. 5-43), including “linen trousers to cover their nakedness; they shall reach from the waist to the thighs” (v. 42, NKJV).
Nothing is said here about a dress code for men in general, for women, for Jewish priests outside temple service, or for Christians under Christ’s new covenant. The stated purpose of the linen trousers was “to cover their nakedness” (cf. Ex. 20:26).
While the term “nakedness” in scripture sometimes describes one completely without clothes (Job 1:21; Eccl. 5:15) and involves the exposure of one’s genitals (cf. Gen. 9:22-23; Lev. 20:17), it is mostly used in the following senses: (a) implying sexual activity (Lev. 18:6-19; 20:11, 18-21; Ezek. 16:36-37; 23:18); (b) signifying shame (Ex. 32:25; 1 Sam. 20:30; Is. 20:4; 47:3; Lam. 1:8; Mic. 1:11; Nah. 3:5; Rev. 3:18; cf. Ezek. 16:8, 37; 23:29); and (c) descriptive of one inadequately dressed (Deut. 28:48; 2 Chron. 28:15; Job 22:6; Matt. 25:36-44; John 21:7; Rom. 8:35; 1 Cor. 4:11; 2 Cor. 11:27; Jas. 2:15).
The priestly garment was to “reach from the waist to the thighs,” but nothing more specific is enjoined. Was it to reach down to the upper thighs, mid-thighs, or lower-thighs, and how high was the waist? Was the intended purpose to cover the so-called private parts, or everything above the knees? The biblical text does not say. Moreover, this was an undergarment beneath an exterior tunic and robe.
The Standard of Adam and Eve’s Clothes?
The fig-leaf coverings Adam and Eve made for themselves, presumably concealing their reproductive organs, were apparently insufficient to hide their “nakedness,” so God made them “tunics” [Heb. kethoneth] to wear (Gen. 3:7, 21). Nevertheless, precise measurements are not given. Were these garments above or below the knees, and how many centimeters above or below? Did they have sleeves or not; how much of the arms were exposed? How wide and low were the neck openings? No specifics are given.
Principle or Measuring Tape?
The Bible affirms the basic principle of modest dress but does not provide specific and universal measurements and guidelines. Even though society certainly does not dictate what is right and wrong, society can help determine what might be considered inappropriate in any given culture. For example, it was considered shameful if a woman appeared in public without the customary headdress in mid-1st-century Corinth (1 Cor. 11:4-13), or immodest if she wore expensive clothes and jewelry and elaborate hairstyles in mid-1st-century Ephesus (1 Tim. 2:9) or if she exposed her ankles in 19th-century Europe, or if she exposes her hair and face in 21st-century Saudi Arabia. Christians living in any culture must be mindful of what is communicated by their dress and behavior.
The primary NT text that addresses “modest apparel” (1 Tim. 2:9-10) is actually talking about over-dressing, i.e., adorning oneself in such a way that draws undue attention to oneself. A person does not have to expose a lot of skin to be immodestly dressed (cf. Mark 12:38; Luke 20:46). The modern-day application of this biblical principle would be to avoid dressing in such a way that would unnecessarily direct the focus of onlookers to one’s outward appearance as opposed to one’s inward character. Immodesty in today’s westernized world would include skimpy outfits, excessive makeup and jewelry, outlandish hairstyles, countercultural attire and body art, etc.
Conclusion
What does one’s standard of dress reflect about one’s character and priorities? Being clothed with Christ (Gal. 3:26), with holiness and honor (1 Thess. 4:4-7), with godliness and good works (1 Tim. 2:10), and with a gentle and quiet spirit (1 Pet. 3:4), are reflected in one’s outward appearance. As a result, God is glorified rather than drawing the attention to oneself.
I have my (somewhat conservative) convictions about what I consider modest and immodest, and I try to teach, encourage, and advise accordingly. The problem is, not everyone shares my convictions – some less restrictive and some more restrictive. At the end of the day, we must understand what the Bible actually says (in context) as well as what it does not say, and avoid both extremes. We should be neither more lax nor more prohibitive than the word of God allows, with humble and selfless consideration of how our fashion choices affect and influence those around us.
--Kevin L. Moore

Addendum: In the book To the Ends of the World, co-authored with her husband Chad Garrett, Amanda Garrett quotes Ryan and Sarah Davis: “Culture should never change the basic principle of modesty in that the Christian woman should always seek to draw more attention to God than to her own beauty and body. Christian women and men on every continent should be mindful of how their speech, actions, and dress can potentially affect others” (92). Terry Thacker posted this on Facebook (6 July 2018): “The body is the shell of the soul, and dress the husk of that shell; but the husk often tells what the kernel is.”

Related Posts: Know How to Possess Your Own Vessel