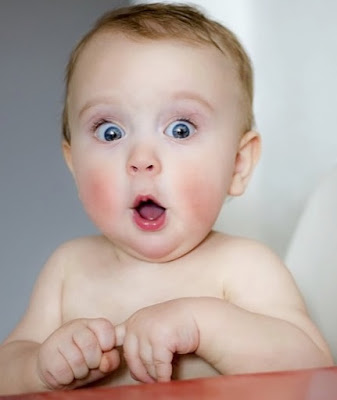 Are there determinative biological reasons for the broad range of human sexual proclivities, particularly among the LGBTQ+ population? Slate magazine, an online journal known for its “liberal contrarianism” and “left-wing slant,”1 has published an article by gay journalist Mark Joseph Stern, asserting that homosexuality “is clearly, undoubtedly, inarguably an inborn trait.”2  Moral behavioral expert Lady Gaga, in her 2011 hit single “Born This Way,” lyricizes: “No matter gay, straight, or bi, lesbian, transgendered life …. I’m beautiful in my way, ‘cause God makes no mistakes, I’m on the right track, baby I was born this way.”3

Subjective, agenda-driven assertions like these have become commonplace in our modern world, but is there any hard evidence to back them up? Is this popular claim supported by neutral, fact-based scientific research? If God is brought into the conversation, how do we know what his role is and what his will is in all this?

In the never-ending debate over nature versus nurture, the “born gay” argument is heavy on nature’s role with little if any regard for environmental influences. While sexual desire is innate in nearly all post-pubescent humans, the development and focus of one’s sexual impulses cannot but be affected by external factors. An absentee father, a domineering mother, neglect, abuse, pornography, molestation, or any number of variables that conflict with God’s design for the home contribute to psychological inclinations that conflict with God’s design for the person.4 Even siblings raised in the same environment do not have identical experiences, and each reacts to stimuli in a unique way.

The normalcy of heterosexuality is a fact of biology and human history. Trying to legitimize an alternative sexual orientation, whether same-sex attraction, pedophilic desire, zoophilia, et al.,5 is an attempt to normalize something that is contrary to nature and biblical morality. While most advocates of the LGBTQ+ agenda would object to being lumped together with pedophiles and zoophiles (thus no “P” or “Z” in the acronym),6 if sexual orientation is innate, then the prevailing status quo is inconsistent, hypocritical, and discriminatory for not including others who are “born that way.”

With eager attempts to sustain a particular point of view, it is important not to oversimplify or exaggerate the evidence, or make unwarranted assumptions about what the evidence does or does not actually confirm. It is also helpful to clearly define our terms. What is meant by the somewhat ambiguous expression “sexual orientation”? Are we talking about feelings of attraction, fantasy, confusion, longing for relationship, sense of identity, secretive or overt behavior? Does it include various tendencies, mannerisms, and preferences?

Neuroscientist Simon LeVay, in his study published in 1991,7 reported brain differences between heterosexual and homosexual men, which some have interpreted as “proof” of biological causation of sexual orientation. However, since these variations could have developed after birth, LeVay explains: “I did not prove that homosexuality is genetic, or find a genetic cause for being gay. I didn’t show that gay men are ‘born that way,’ the most common mistake people make in interpreting my work. Nor did I locate a gay center in the brain.”8 Numerous other studies that have focused on the role of genetics, including identical twins studies,9 can neither establish a biological cause for sexual orientation nor discount the formative effects of environmental catalysts.10

Johns Hopkins University published a nonpartisan report in 2016, based on exhaustive research from biological, psychological, and social sciences, authored by Lawrence S. Mayer and Paul R. McHugh.11 Dr. McHugh (M.D.) is former chief of psychiatry at Johns Hopkins Hospital and professor of psychiatry and behavioral sciences at Johns Hopkins University School of Medicine. Dr. Mayer (M.B., M.S., Ph.D.), the lead writer of the report, is a biostatistician, epidemiologist, and research physician trained in medicine and psychiatry. Mayer states, “I support every sentence in this report, without reservation and without prejudice regarding any political or philosophical debates. This report is about science and medicine, nothing more and nothing less…. I strongly support equality and oppose discrimination for the LGBT community…” (“Preface” 4-5).

The 143-page report, which addresses sexual orientation, mental health, and gender identity, can be summed up with these words: “The understanding of sexual orientation as an innate, biologically fixed property of human beings – the idea that people are ‘born that way’ – is not supported by the scientific evidence…. there are no compelling causal biological explanations for human sexual orientation” (“Executive Summary” 7). The authors also note that the questions addressed in their comprehensive investigation reveal “a great chasm between much of the public discourse and what science has shown” (“Conclusion” 116).

The idea that sexual desires, attractions, behaviors, and identities are biologically innate and unchangeable is not supported by scientific research. The National Longitudinal Study of Adolescent to Adult Health conducted interviews with a nationally representative sample of adolescents in the U.S. in 1994-1995, with follow-up interviews through to 2007-2008. The study found that of the adolescent males who had reported same-sex attractions, 80% later identified as exclusively heterosexual young adults. Over 80% of the adolescent males who had reported romantic attraction to both genders later reported no same-sex attraction. Considerable scientific evidence shows that sexual behaviors and identities can vary significantly under different social and environmental circumstances.12 London’s Royal College of Psychiatrists collectively affirms: “It is not the case that sexual orientation is immutable or might not vary to some extent in a person’s life.”13

True science is based on empirical evidence and demonstrable data rather than individual preferences or popular opinions. In like manner, the Bible must be evaluated according to what it actually teaches instead of biased and misconstrued presuppositions. Irrespective of anyone’s sexual tendencies, moral purity is expected of all who profess allegiance to Christ.14 The New Testament Greek term porneía refers to any kind of forbidden sexual intercourse—that which is beyond the context of a divinely approved, heterosexual, monogamous, consensual marriage.15 Now if God is creator of all humankind and is both loving and just, it is inconceivable that he is responsible for making a person a certain way, or compelling a person to behave a certain way, while condemning that person for something he/she cannot control. Sexual activity between those of the same gender is contrary to God’s revealed will.16 Either the God of the Bible is unjust, or he is not responsible for making people gay.

The Free Will Factor

We are told, “being gay is not a choice” and “God makes no mistakes,” but these are narrow, undefined, misleading generalizations. At the same time, the idea that sexual desire and sexual attraction are simply matters of preferential choice is also naïve and unrealistic.

The crux of the matter is how these inclinations are expressed, or how these impulses are acted upon. Humans are created with the ability to think and the freedom to choose. God does not force us to act against our volitional choices.17 Stated from a secular point of view, sexual desire is “a powerful force, akin to hunger, that many struggle (especially in adolescence) to bring under direction and control…. What seems to be to some extent in our control is how we choose to live with this appetite, how we integrate it into the rest of our lives” (L. S. Mayer and P. R. McHugh, op cit. 19).

Philosopher and legal theorist Edward Stein, critical of popular cultural stereotypes overshadowing cross-cultural scientific facts, observes: “Regardless of whether sexual orientations are directly chosen, indirectly chosen, or not chosen at all … people choose with whom they have sex, people choose whether to be open about their sexual orientations, people choose whether or not to enter romantic relationships, and whether or not to build families.”18 Everyone has to decide either to reject biblical morality, or distort it to conform to the lifestyle of one’s choosing, or accept and comply with the creator’s design for life and relationships, whether in marriage or in single-hood.

History professor and gay activist John D’Emilio is honest enough to admit that scientific evidence for the “born gay” mantra “is thin as a reed, yet it doesn’t matter. It’s an idea with such social utility that one doesn’t need much evidence in order to make it attractive and credible.”19 Nonetheless, many sincere people believe it is a provable fact, which Edward Stein describes as “cultural chauvinism,” meaning “to think, in the absence of either strong scientific evidence or strong theoretical arguments, that our conceptual framework, which gives sexual orientation such a central role, is going to be confirmed by an advanced science of human sexual desire.”20

We all have choices to make. Those of us who choose not to climb aboard the trendy “Gay Pride” bandwagon or embrace the “born that way” propaganda will continue to be stereotyped as “a group of toothless, anti-gay protesters coded as hillbillies who wear American flag tank tops and hold signs that say familiar homophobic slogans ...”21 But folks on either side of the debate can be just as ill-informed and hateful as the other. If we truly love God and our fellow humans, we will see one another as precious souls made in his image, created to live lives pleasing to him and worthy of him (Col. 1:10). Let’s encourage each other to do just that.

Related Posts: “A Heterosexual, a Homosexual, and a Pedophile Walk Into a Church” <Link>; “The Queen James Bible” <Link>; “Postmodernism and the Homosexual Christian Part 2” <Link>.