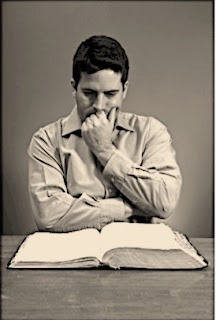 Despite our most diligent exegetical efforts, there are times when precision of meaning in scripture is elusive. Even the apostle Peter acknowledged that some things in Paul’s writings are “hard to understand” (2 Pet. 3:15-16),* one reason being the complexity of the subject matter. Another reason is the simple fact that Paul could readily assume his targeted audience already knew certain things that did not have to be repeated or made explicit, to which secondary readers are not privy.

In 1 Corinthians, for example, Paul responds to reports he has heard and questions he has been asked (1:11; 7:1; 11:18; 16:17). While the mid-first-century Christians at Corinth already knew what the issues and questions were, the best we can do is to draw inferences, with less specificity, from Paul’s responses. In other words, we only get to hear one side of the conversation! The apostle repeatedly reminded the Corinthians, either directly (12:2) or rhetorically (5:6; 6:2, 3, 9, 15, 16, 19; 9:13, 24), of what they already knew or should have known.1 We were not present to hear all that Paul and his co-workers had taught orally (4:17) or in previous correspondence (5:9), so we cannot demand, force, or expect precision of meaning that is just not in the biblical text. Even so, as modern-day interpreters we are advantaged by having access to God’s complete revelation that helps fill in some of these gaps of assumed knowledge.

Gordon Fee confidently asserts, “you may be absolutely certain: Paul did not intend to be ambiguous.”2 But how can Fee be so sure? Are there occasions when “purposeful semantic ambiguity”3 might have served a useful purpose? If accommodative language allows for multiple interpretive possibilities, this would force readers to think more deeply and to make application to a broader range of circumstances.

Addressing expectations for “the married” (1 Cor. 7:10-11), by using the relatively variable term χωρίζω [chōrízō], is Paul disallowing a bilateral separation (ESV, NIV), a unilateral abandonment (NASB, NKJV), or a formal divorce (NET)? The flexibility of the term allows for all these applications without discounting any of them. The hypothetical split is described in v. 11 as “unmarried,” indicative of divorce, whereas reconciliation to her “husband” (ἀνήρ [anēr], cf. vv. 2-4, 13-16, 34, 39) assumes the marriage is not dissolved. The parallel admonition to the husband concerns ἀφίημι [aphíēmi]; he is not to “leave” or “abandon” or “send away” his wife. But if one does “depart” (i.e., disregard the injunction) or if one is “separated” (i.e., already in this state), there are only two scriptural options: (a) remain unattached, or (b) be reconciled.

In 1 Corinthians 7:36-37 Paul refers to anyone who thinks he might be acting improperly toward τὴν παρθένον αὐτοῦ [tēn parthénon autoû], lit. “his virgin” (HCSB, ISV, N/KJV). What does this mean? Suggestions include “his virgin daughter” (N/ASV), or “his betrothed” (ESV, RSV), “his fiancée” (NLT, NRSV), “the virgin he is engaged to” (NIV), or perhaps his own virginity?4 While interpreters may prefer greater specificity, the apostle’s choice of wording enables his readers to make decisions about whatever situation is most applicable.

When Paul says the widow is free to marry whomever she wishes “only in the Lord” (1 Cor. 7:39), is he limiting her marital options exclusively to a fellow-believer, or does he mean only an eligible marriage partner in compliance with the Lord’s directives? In support of the former interpretation is the overwhelming weight of scripture references equating the phrase “in the Lord” (or its equivalent) with being a Christian,5 and Paul goes on to argue for his right to take along “a believing wife” [lit. “a sister wife”] (9:5). Nevertheless, “in the way of the Lord” cannot be discounted as a viable interpretive possibility, wherein compliance with the Lord’s instructions is enjoined (cf. vv. 10, 19; 4:6; 14:37). This connotation is supported by Paul’s affirmation earlier in the chapter that God recognizes a believer-unbeliever marriage and expects them to stay together (vv. 12-14). Note also the potential double nuance of the phrase in 4:10, 15a, 17b; 9:1; 11:11; 15:31, 58; 16:19, 24. In Eph. 6:1-2 the apostle instructs children to obey their parents “in the Lord,” then he quotes Deut. 5:16, which says in its fuller context, “Honor your father and your mother, as the LORD your God has command you …” (NKJV). Obviously there is no license here to categorically disobey non-Christian parents. The wording of 1 Cor. 7:39 could be an occasion of purposeful ambiguity, conveying a subtle emphasis on the ideal of marrying a believer without explicitly prohibiting the less-than-ideal marriage to an unbeliever.

The term κεφαλή [kephalē] (“head”) occurs nine times in 1 Corinthians 11:2-16, alternating between its literal sense (concerning what is worn on one’s physical head) and its metaphoric sense (with reference to a position of authority). When Paul speaks of disgracing one’s “head” due to what is worn or not worn on one’s “head,” which head is being disgraced? Is a man disgracing his physical head (representing himself), or his spiritual head (Christ)? Is a woman disgracing her physical head (representing herself), or her spiritual head (man and/or Christ)? Because of this semantic imprecision, the most reasonable answer is “yes – all of the above.” No doubt Paul could have been less ambiguous here, but his wording forces his Corinthian readers to think and to avoid causing disgrace with respect to any of these.

By comparing English translations, one notices a difference in the positioning of the prepositional phrase “in love” at Ephesians 1:4-5. The NKJV reads, “that we should be holy and without blame before Him in love, having predestined us…” The ESV reads, “that we should be holy and blameless before him. In love he predestined us …” The phrase ἐν ἀγάπῃ [en agápē] (“in love”) is attached to the preceding words of v. 4 in the ASV, N/KJV, NET, and NRSV, but prefaces what follows in v. 5 in the CSB, ESV, NASB, NIV, and RSV. The former applies to the love of those who are holy and blameless, whereas the latter refers to God’s love. The ambiguity may be intentional, compelling readers to think, reflect, interpret, and make application in light of what has already been learned (cf. Acts 20:20, 27). A double nuance pointing in both directions is not inconceivable (cf. 6:23); the people of God should be holy and blameless before him in love, because in love he has predestined (predetermined) to save all who are in Christ – neither to the exclusion of the other.

According to Hebrews 2:9, before his exaltation Jesus was in a position lower than the angels. The word employed here, βραχύς [brachús] (“little”), can refer to the degree of rank, “a little lower” (ASV, ISV, N/KJV), or to time, “for a little while lower” (ESV, NASB, NIV). Contextually, however, it does not have to be just one or the other and could readily apply to both: “for a little while was given a position ‘a little lower than the angels’” (NLT).

Christ’s distinction from the angels and his union with mankind is again affirmed in Hebrews 2:16, where it is said he does not ἐπιλαμβάνεται [epilambánetai] angels as he does Abraham’s seed. The verbal here essentially means to “take hold of” (ERV, YLT), so how is it to be understood in this passage? Is the inspired author affirming that Jesus does not “take on the nature of” angels as he does the seed of Abraham (KJV; cf. TLB), or that Jesus does not “give aid to” angels as he does the seed of Abraham (NKJV; cf. ESV, NASB, NIV)? The answer is “yes” in accordance with the surrounding context; the ambiguity allows both nuances.

Knowledge of divine truth is attainable, seeing that God desires all to acquire this knowledge for salvation.7 We expect, therefore, the Bible’s inspired message to be consistent, congruent, and understandable. The fact that there are so many conflicting interpretations of the sacred writings and so much religious division is the result of God’s word being misused, misinterpreted, and misapplied.

When a biblical text is clear and precise, there is no legitimate excuse for rejecting or misconstruing its meaning. When a biblical text is not as clear and precise as we would like, we must be honest enough to acknowledge the uncertainty and ensure that our interpretation is consistent with the overall context of scripture. Ambiguities do not give interpreters license to invent their own preferred meanings, or to dogmatically insist on a particular explanation to the exclusion of other viable options. As we employ common sense and mature reasoning coupled with integrity (Heb. 5:14), the prospect of intentional ambiguities in the biblical record compels us to think more deeply and allows a more direct and comprehensive application of biblical instruction.

*Unless noted otherwise, scripture quotations are the author's own translation.