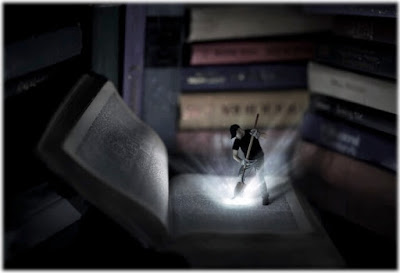 Although there is a “sufficiently bewildering set of exegetical possibilities,”1
for our purposes we will briefly consider the more prevalent ones.

1. The Impressionistic Approach is when scripture is evaluated in a way that equates the meaning of the text with the interpreter’s immediate thoughts. This is the simplest approach that requires the least amount of effort. But its subjective and emotive nature practically guarantees missing or misconstruing scripture’s original intent.

2. The Dogmatic Approach views scripture as a storehouse of proof-texts to be selected and arranged to bolster a preconceived doctrine or set of beliefs. The danger (and tendency) of this method is to allow little consideration of authorial intent or literary, historical, and sociocultural context. It may give the appearance of biblicality (book, chapter, verse!), but without context, scripture can be made to mean just about anything the interpreter wants it to mean.2

3. The Grammatical-Historical Approach3 is a concerted attempt to understand what the words of scripture meant in their original setting, i.e., what the inspired author intended to communicate to his targeted audience.4 For exegetes with a high view of scripture, this methodology is also concerned with modern-day application.

3a. An extension of the Grammatical-Historical Approach, “Command, Example, Necessary Inference” (CENI) is a common description of the exegetical method historically characteristic of the North American Restoration Movement.5
Perhaps a better way of expressing each tenet is “direct statement,” “approved example or precedent,” and “implication.” Not everything we learn that is explicitly conveyed in scripture is in the form of a command. Not every account of action recorded in scripture is a pattern or example to be followed.6 While inferences are deductions of the human mind, a “necessary inference” is necessarily drawn from what the Bible implies,7 i.e., it is truth, not because we have inferred it but because God, through inspired writers, has implied it.
·      Direct statements are facts, instructions, or commands that are communicated explicitly. When Jesus said, “I am the way, the truth, and the life. No one comes to the Father except through Me” (John 14:6, NKJV), no further logic or reasoning is needed to deduce what is being stated.
·      Approved examples are accounts of action that help illustrate or clarify what God expects of his people and therefore serve as a pattern (example or precedent) to be followed. Baptism is described as a burial and resurrection (Col. 2:12), and the account in Acts 8:36-39 depicts the action of baptism. The Lord’s Supper is a recurring memorial of Christ’s atoning death (1 Cor. 11:23-26), and the account in Acts 20:7 shows when it was observed by early Christians.8
·      Implication refers to something not directly stated but necessarily drawn from what the text conveys. Mark 1:11 reports, “Then a voice came from heaven …” The question is, whose voice? The text does not say explicitly but we can infer it was the heavenly Father’s voice, implied by the reference to Jesus as “My beloved Son” (cp. 1:1; 13:32), and confirmed by other passages (Matt. 7:21; 10:32; 2 Pet. 1:17). We read in Acts 8:35 that Philip “preached Jesus” to the Ethiopian official, which resulted in his request to be baptized (v. 36). The implication is, preaching Jesus is inclusive of baptism.

If all other forms of communication effectively operate by way of these interpretive parameters, why should the Bible be approached any differently? While the traditional CENI methodology may assume other basic interpretive principles (to be discussed in our next post), it is still subject to abuse (e.g. proof-texting), omission (e.g. not considering contextual matters), resulting in faulty conclusions and unnecessary brotherhood divisions. It is necessary, therefore, for us to dig deeper, broaden our exegetical horizons, and fill in any exegetical gaps. To be continued …

Endnotes:
1 I. Howard Marshall, “Introduction,” in NT Interpretation 15. See also Ralph P. Martin, “Approaches to New Testament Exegesis,” in I. Howard Marshall, ed. NT Interpretation 220-51. For descriptions and critiques of additional methods, see D. R. Dungan, Hermeneutics 58 ff.; also Gene Taylor, Hermeneutics: How to Study the Bible 11-12.
2 The so-called “Roman Road to Salvation” (popular in a number of denominational tracts) cherry-picks selected verses from the epistle to the Romans to create a seemingly biblical case for salvation by faith alone, but in so doing context is ignored and allusions to obedience and baptism (e.g. Rom. 1:5; 2:8; 6:1-18; 10:16; 16:19, 26) are curiously omitted.
3 Also called Grammatico-Historical, this methodology stands in contrast to the more philosophical historical-critical method (or “higher criticism”) that is chiefly concerned with the origins of an ancient text and reconstructing the historical situation behind it, often dismissing the divine element, and includes sub-disciplines like source criticism, form criticism, and redaction criticism.
4 Reader-response theory is less concerned about authorial intent and focuses more on audience perception. The more extreme advocates of the “new hermeneutic” deny any objective truth based on the original intended meaning, arguing for multiple valid meanings according to the subjective reasoning of interpreters.
5 See N. B. Hardeman, Hardeman’s Tabernacle Sermons (Nashville, TN: GA, 1975): 4:46-59.
6 See Thomas B. Warren, When is an “Example” Binding? (Jonesboro, AR: National Christian Press, 1975).
7 Opponents of this principle typically object to the prospect of fallible human reasoning but fail to consider the “necessary” aspect. If an inference is necessary, no other conclusion can legitimately be drawn.
8 Not every account of action recorded in scripture is to be imitated today (e.g. Matt. 3:4). As a general rule, there must be an implied or understood requirement behind it to make it relevant as an approved example.