How Are All Christians “Sons” of God? 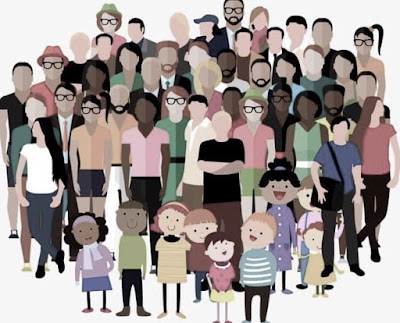 To the churches of Galatia and the saints at Rome Paul has written: “for you are all sons of God through the faith in Christ Jesus” (Gal. 3:26); “but because you are sons, God sent the spirit of his Son into our hearts, crying out, ‘Abba, Father’” (Gal. 4:6); “for as many as are led by the Spirit of God, these are sons of God” (Rom. 8:14); “the revelation of the sons of God” (Rom. 8:19b); “they will be called sons of the living God” (Rom. 9:26).1 The Christian communities to whom these statements were first directed were comprised of both men and women,2 so why employ the Greek masculine huioí (“sons”)? Why not “sons and daughters”?

A number of English translators, perhaps bothered by this apparent anomaly, have replaced the apostle’s Spirit-inspired word choice with the non-gender-specific term “children” (e.g. CEV, GNT, ISV, NIV, NLT, WEB). In so doing, however, a subtle yet meaningful point is missed, weakening the profound implication of these verses.

Rather than changing the wording of scripture to accommodate modern sensibilities, why not familiarize ourselves with the historical-sociocultural settings of the biblical writings and then read each passage in light of its original context? Not only would we avoid common interpretive errors but would discover otherwise hidden gems and benefit so much more from Bible study (2 Tim. 2:15; 3:16-17).

Paul was fully capable of speaking generically with reference to “children [tékna] of God” (Rom. 8:16, 17, 21; 9:8; Phil. 2:15), and even more specifically, “sons and daughters” (2 Cor. 6:18). His usage in the above cited texts of the masculine huioí (“sons”), therefore, appears to be intentional. By removing our 21st-century, westernized, hyper-sensitive, politically-correct spectacles and reading these passages through the 1st-century Greco-Roman lenses through which they were originally communicated, the statements as written not only make better sense but prove to be very informative and even revolutionary.

In the male-dominated Mediterranean world of antiquity, daughters were generally regarded as inferior to sons and denied basic rights and privileges, particularly the family inheritance.3 Only a son could be an heir (see Matt. 21:38; Mark 12:7; Luke 20:14; Gal. 4:1-2). Yet this firmly entrenched societal norm is challenged in Christ. With gender differences and gender roles understood, both males and females can now be “sons of God,” not in a biological sense but in attaining equal access to divine blessings and an everlasting inheritance. All who might be marginalized or repressed by the world’s standards are welcomed into God’s family where no one is considered inferior to anyone else (1 Cor. 12:12-27; Gal. 3:26-29; Col. 3:9-11).