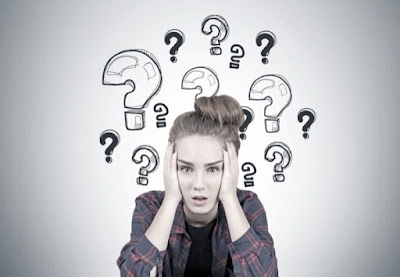 1. Eschatology (from Greek éschatos, “last”) is the study of last things or the final events of history. Eschaton, the neuter form of the Greek term, is often used with reference to the end of the world.

2. Futurist Eschatology contends that the Bible’s end-time prophecies –Christ’s second coming, the resurrection of the dead, the end of the world, the final judgment – are yet in the future. Supporters of this view are called futurists.

4. Realized Eschatology or Fulfilled Eschatology is the designation generally applied to the idea of all end-time prophecies having been fulfilled, particularly at the AD 70 destruction of Jerusalem.2 However, many who affirm a future eschatology acknowledge a sense in which some eschatological elements (e.g. God’s spiritual kingdom, Christ’s messianic rule, the last days, newness of life) are current realities linked to future expectations. Many futurists also maintain a partial-preterist interpretation of prophecies in the book of Revelation.

5. Revised Eschatology is the assertion made by liberal critics that Jesus and his earliest followers believed in the imminent consummation of end-time prophecies, but as years passed with hopes unfulfilled, concessions had to be made for a less-certain, future expectation.3 Preterists claim the best response to this erroneous charge is their “consistent” interpretation of biblical prophecies.

6. Parousia is the term frequently used in reference to events accompanying Christ’s return. It is transliterated from the Greek parousía, meaning “presence,” opposite of appousía, “absence” (see Phil. 2:12). It could refer to one’s immediate presence or appearance (2 Cor. 10:10) but more often applies to someone whose presence or arrival is anticipated, so the word “coming” is typically used in translation (see 1 Cor. 16:17; 2 Cor. 7:6, 7; Phil. 1:26). In this study the term parousía will be left untranslated to avoid potential confusion between the “presence,” “arrival,” and “coming” nuances.4

The Importance of the Doctrine in the Early Church

The apostle clearly affirmed a future eschatology, looking ahead to what was to come. Yet the doctrine was later misconstrued by some, maintaining a realized eschatology as if the day of the Lord had already arrived (2 Thess. 2:1-3).5 This seriously troubled and confused the young church, seeing they had learned from God’s emissaries that the day of the Lord would be sudden and unexpected (1 Thess. 5:1-6) and could not be missed (1 Thess. 4:16-17). For anyone to say otherwise was perplexing, disconcerting, and deceptive.

Modern-day preterists insist these allusions refer to the Lord’s representative coming in judgment via the Romans against Jewish rebels in Jerusalem about two decades later. But how would this have provided comfort and reassurance to Gentile Christians, nearly a thousand miles away, who were worried about their deceased loved ones missing out on the parousía?  (1 Thess. 1:9-10; 4:13-18)

The Thessalonians were assured of this future eschatological experience involving “the Lord himself” (1 Thess. 4:16), an emphatic statement affirming his personal return (cf. 1:10; 2:16; Acts 1:9-11). This is in contrast to past divine judgments carried out indirectly through the agency of temporal forces.6 The NT doctrine of the parousía is universal and Christocentric, not localized and Romanocentric.

Irrespective of when and where the Thessalonian documents were published, we see how important eschatology was in the early church and the seriousness with which misinformation was confronted. We also witness the discord generated by unorthodox teachings.

The Resurrection of the Dead?

Paul was dismayed that some in the church, not having God’s knowledge, were claiming “there is no resurrection of the dead” (1 Cor. 15:12, 34). First-century preterests like Hymenaeus and Philetus were alleging, “the resurrection has already happened,” which Paul calls a cancerous message, a deviation from the truth, subverting the faith of some (2 Tim. 4:17-18).

Modern-day preterists believe there is no future resurrection of the dead because, they say, it has already happened. They maintain that the biblical meaning is not the bodily raising of corpses but is strictly spiritual in nature, applicable to the time immediately following the AD 70 destruction of Jerusalem. It was “a release from Sheol of all who had been waiting through the centuries to be reunited with God in the heavenly kingdom,”7 involving a “change” in both departed and living saints to immortality and full access to God’s presence, “from being ‘dead in their trespasses and sins’ to ‘alive in Christ Jesus’ ...”8 However, Jesus affirmed the resurrection of “all” who have passed from this life, both “those having practiced good” and “those having practiced evil” (John 5:28-29), followed by Paul’s inclusion of “both righteous and unrighteous” (Acts 24:15).