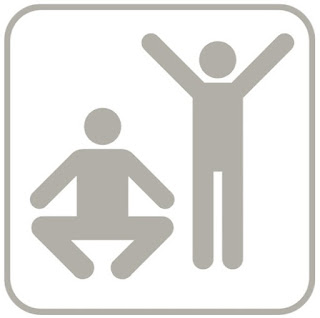 In Paul’s first letter to Timothy he informs his young colleague about certain things to avoid and what to prioritize.

Have nothing to do with irreverent, silly myths. Rather train yourself for godliness; for while bodily training is of some value, godliness is of value in every way, as it holds promise for the present life and also for the life to come. The saying is trustworthy and deserving of full acceptance. (1 Timothy 4:7-9)1

Paul’s inclusion of the article toús (“the”), which most English versions have left untranslated,2 would be indicative of something familiar to his reading audience and presumably widespread. The múthoi, “tales,” “stories,” “legends,” “myths,” or “fables,”3 which Timothy is to avoid completely (cf. 2 Tim. 2:23),4 are, in Paul’s estimation, “irreverent” [bébēlos],5 not simply “pointless” (CSB) or “worthless” (NASB) but “godless” (NIV, RSV) and “profane” (ASV, N/KJV, NRSV). The disruptive preoccupations are also “silly” [graōdēs], lit. “anile” or “characteristic of old women,”6 thus “old wives’ fables [or ‘tales’]” (ASV, NIV, N/KJV, NRSV), “fit only for old women” (NASB 1977, 1995), or “typical of old women” (NASB 2020). The epithet probably comes from the oral tradition of storytelling (akin to urban legends and fairy tales), handed down from older women to younger generations (contrast Tit. 2:3-5).

Certain ones were enamored with “myths and endless genealogies” and “vain discussion, desiring to be teachers of the law …” (1:3-7), not to mention “abstinence from foods” (4:4). Elsewhere Paul warns about “Jewish myths” and “foolish controversies, genealogies, dissensions, and quarrels about the law” (Tit. 1:14; 3:9). Whether the troubling dissidents were wanting to be esteemed teachers like the Jewish rabbis or were simply enticed by the speculative interpretations and meanderings of these renowned scholars,7 their errancies were promoting a lifestyle impractical, unfit, and out of harmony with the way of Christ.

The present imperative gúmnaze (from gumnázō, to “exercise vigorously”),8 rendered here “train,” “exercise” (ASV, N/KJV), or “discipline” (NASB), is an athletic term9 highlighting the strenuous effort Timothy is to expend in contrast to others who were engaged in pedantic inquiries, ascetic scrutiny, and pointless discussions.10 Timothy is to take initiative in striving toward [prós] “godliness” [eusébeia] (v. 7b), “reverence,” “devotion,” “piety [toward God]” (cf. v. 8; 2:2; 3:16; 6:3, 5, 6, 11), i.e., “to meet the spurious asceticism of the heretics by exercising himself in the practical piety of the Christian life.”11

Timothy’s primary focus ought to be the spiritual training and discipline of the mind, spirit, and associated lifestyle,12 not merely “bodily” [sōmatikē] “training” [gumnasía]13 (v. 8a), “although the body is the means by which the spiritual nature is affected and influenced. Although it brings the body into subjection (1 Corinthians 9:27), this is a means, not an end in itself.”14 While admittedly “of some value,”15 the contrasting “godliness is of value in every way” – internally, externally, physically, spiritually, present and future. It “holds promise [epaggelía]16 for the present life and also for the life to come” (cf. Mark 10:30; Luke 18:30; John 10:10). This was apparently a well-known proverbial saying, as the next verse seems to indicate.

“The saying is trustworthy and deserving of full acceptance” (cf. 1:15; 3:1).17 Most likely this points back to the foregoing affirmation,18 “godliness is of value in every way …” “It was a truth of universal acceptance among Christian people, because, in spite of all the drawbacks of a persecuting time, it had been happily realized in their checkered experience.”19

1 Unless otherwise noted, the base text used here is from the English Standard Version in bold type.

2 Exceptions include the Literal Standard Version and Young’s Literal Translation. Some versions insert the pronoun “these” (J. B. Phillips) or “those” (GNT, NET).

7 H. D. M. Spence comments on rabbinic tradition, “in which every book, almost every word—in many cases the letters of the Hebrew Scriptures—were subjected to a keen but profitless investigation. In such study the spirit of the holy writers was too often lost, and only a dry and barren formalism—commands respecting the tithing of mint, and anise, and cummin—remained, while the weightier matters of the law—judgment, justice, and truth—were carefully sifted out. Round the grand old Jewish history all kinds of mythical legends grew up, till for a Jewish student of the Rabbinical schools the separation of the true from the false became in many cases impossible—through all this elaborate and careful but almost profitless study” (“The First Epistle of Paul the Apostle to Timothy,” in Ellicott’s NT Commentary 3:197).

10 C. J. Ellicott, A Critical and Grammatical Commentary on the Pastoral Epistles 74.

13 Its only occurrence in the NT; the noun form of the verbal gumnázō (v. 7).

15 K. S. Wuest suggests that the contrast may not be between piety and what is normally considered physical exercise, but “ascetic practices which took the form of physical exercise. The latter as such is for the purpose of physical health, not a means of advancing in holiness of life” (The Pastoral Epistles 70-71).