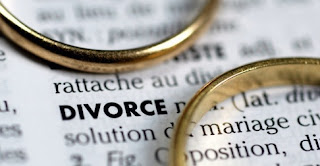 If the Lord’s teaching on divorce and remarriage is removed from its original context, the likelihood of it being misconstrued is greatly enhanced. The scope of the present study is limited to the parallel accounts of Matthew 19:1-10 and Mark 10:1-12.1 Although these passages share much in common, there are obvious differences that must be accounted for as well. Some of the variations may be due to the fact that the initial discourse was in Aramaic, whereas Matthew and Mark have provided independent Greek translations, affecting both arrangement and linguistic expression. The separate reports, while easily harmonized, have also been communicated from different perspectives. Matthew, for example, focuses on Jesus having healed the multitudes (19:2), whereas Mark’s emphasis is on Jesus having taught them (10:1). The particular audience and distinct purposes of each writer are also important factors.
The Geographical and Political Setting:

Endnotes:
1 Suffice it to say that the earlier discourses in Matthew 5:31-32 and Luke 16:18 are both in opposition to the lax attitudes of the Jewish scribes and Pharisees toward the divine will (Matthew 5:20; Luke 16:14-15; cf. Matthew 15:1-3). All scripture quotations in English are the author’s own translation.
2 Following the death of his father Herod the Great, Antipas became tetrarch of the combined territories of Galilee and Perea, reigning from 4 BC to AD 39. His curiosity about Jesus did little to avert his antagonism toward the Lord (Luke 13:31; 23:6-12).
3 The reading in Mark 8:15 in most Greek manuscripts is "Herod," but the alternate reading "Herodians" occurs in some, alluding to the political supporters of Herod Antipas.
4 Antipas had divorced his wife Phasaelis, the daughter of the Nabatean king Aretas IV, in order to marry Herodias, who had previously been married to his half-brother Philip I (see Josephus, Ant. 18.5.1, 4).
5 It is of interest that the political supporters of Herod Antipas were the Herodians, who had formed an alliance with the Pharisees in their mutual plot to destroy Jesus (Mark 3:6). On another occasion the Herodians and the Pharisees attempted to entangle Jesus in his words by asking whether it was "lawful" to pay taxes to Caesar (Matthew 22:15-22; Mark 12:13-17; cf. Luke 20:20-26). The anticipated response had the potential of inciting the wrath of the hostile Zealots, on one hand, or the fury of the Romans, on the other. So when Jesus is cunningly asked whether it is "lawful" for a man to divorce his wife, surely the intent was to bring him into conflict with the Law of Moses and the Jewish populace, on one hand, or with Herod Antipas and Herodias, on the other.