Questions About the Holy Spirit (Part 1 of 2)

Q: According to John 7:38-39, is the Holy Spirit given to individuals when they believe in Jesus? 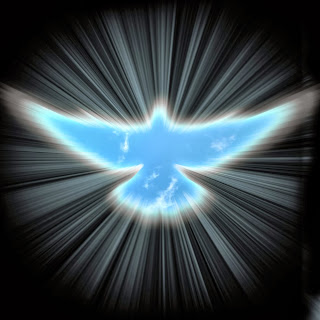 First let’s note the historical context of this statement: “. . . the Holy Spirit was not yet given, because Jesus was not yet glorified” (John 7:39). The Holy Spirit was to be sent when Jesus was glorified, namely after his death, resurrection and ascension (John 16:7, 12-14, 28; 17:1-5). This was accomplished shortly after Christ ascended into heaven (Acts 1:4-12; 2:1-4). Later the Holy Spirit was indeed given to individuals in some measure (1 Thess. 4:8; 1 Cor. 6:19; 2 Cor. 5:5), but what was required by these individuals in order to receive the Spirit?
The point of Jesus’ statement in John 7:38-39 was not to detail what needed to be done in order to receive the Spirit, but rather to identify those who would receive the Spirit, namely believers as opposed to unbelievers (cf. John 14:17). But what constitutes a “believer” in the NT? He is not one who merely acknowledges the truth about Jesus (Mark 1:23-24; 5:2-7; Jas. 2:19), nor one who believes but refuses to confess (John 12:42-43; cf. Matt. 10:32-33), nor one who confesses but refuses to obey (Matt. 7:21; Luke 6:46). The Holy Spirit is given to those who obey the Lord (Acts 5:32). Thus in Acts 2:44 the ones identified simply as “all who believed” (lit. ‘all the believing ones’) had actually been baptized (v. 41) after having been taught: “Repent, and let every one of you be baptized in the name of Jesus Christ for the remission of sins; and you shall receive the gift of the Holy Spirit” (v. 38).
Q: Did the apostles receive the Holy Spirit when Christ breathed on them prior to his ascension? (John 20:22)
The apostles were not to receive the Holy Spirit until the Lord was glorified (John 7:39), and he was not glorified and therefore the Spirit was not sent until after Jesus had ascended into heaven (John 16:7; 17:1-5).  The apostles were instructed to wait in Jerusalem for about ten days after Christ’s ascension in order to receive the baptism of the Holy Spirit on the Day of Pentecost (Acts 1:1-12; 2:1-4).
When Jesus breathed on the apostles in John 20:22, he did not say, “You have received . . . ” [perfect indicative] or “You are receiving . . . ” [present indicative], but rather, “Receive [aorist imperative] the Holy Spirit.” This statement instructs the apostles to be receptive to the Spirit when he comes, but it does not specify when he came. Why, then, did Jesus breathe on them? John did not see fit to explain it, but a couple of plausible explanations are the following.
1. Luke’s account (24:36-49) shows that when Jesus appeared to the apostles (to give the Great Commission) and said “Peace to you,” they were frightened, thinking he was “a spirit.” Jesus then showed them his nail-pierced hands and feet to prove he was alive and in the flesh. John not only mentions the Lord showing his wounds but adds that he also breathed on them (20:19-23), possibly to verify that he was really alive.
2. Since “breath” in the Bible symbolizes life (cf. Gen. 2:7; Mark 15:37), it may be that Jesus was illustrating the life-giving nature of their mission. In the previous verse the Lord had given them a commission, and in the subsequent verse he identified forgiveness of sins as part of their work. The gospel began to be preached, sins started to be forgiven, and the Great Commission was launched when the Holy Spirit was received by the apostles on the Day of Pentecost (Acts 2:1-41).
-- Kevin L. Moore