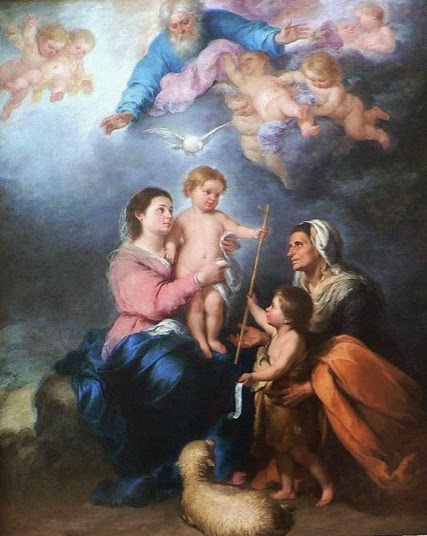 “Christadelphians claim that the doctrine of the Trinity is false; that God is one only; that Jesus Christ is His Son born 1900 years ago, before which he had no corporeal existence; and that the Holy Spirit (rend. Ghost in many Bibles) is the power of God …. to believe in what most churches teach concerning the Godhead is to believe an impossibility, a contradiction” (G. E. Mansfield, ed. “The Godhead Explained,” in Herald of the Coming Age 35:1 [May 1989]: 2-3).

“Jesus is not eternal and did not exist prior to his conception and birth because he is ‘the only begotten’ Son of God (John 1:14; 3:16).” The word monogenēs is a combination of monos (“only”) and genos (“offspring” or “kind”). The fact that all humans are God’s offspring (Acts 17:29) shows that Jesus is not the only one of these. Seeing that genos also means “kind” (cf. Matt. 13:47; 17:21), monogenēs actually refers to “unique; only one of a kind.” The emphasis is on “unique” rather than begetting. In fact, the term gennaō (“beget”) is not even part of this word, thus the English “only begotten” is a potentially misleading translation. Note that in Heb. 11:17 Isaac is called the monogenēs of Abraham. Since Abraham begat more than eight offspring (Gen. 16:15; 25:1-6), this cannot mean that Isaac was the only one “begotten” of Abraham. However, it does mean that Isaac was the only son of promise and thus the only one of his kind.

“Jesus must have had a beginning in time because God says concerning him, ‘Thou art My Son, Today I have begotten Thee’ (Psa. 2:7).” In the biblical record this messianic psalm is not applied to Christ’s birth or supposed creation or the beginning of a Father-Son relationship but rather to Christ’s resurrection and exaltation (Acts 13:30-34; Heb. 1:5; 5:5). The crucified Christ was metaphorically “begotten” or brought forth from the tomb, declaring him to be the Son of God (cf. Rom. 1:4).

“Since a father always precedes a son in time, and Jesus is the Son of God, it must be the case that God the Father is antecedent to Jesus and that Jesus therefore had his origin out of the Father.” A futile attempt is being made here to explain God with human, biological terms and concepts. Certainly God communicates spiritual truths by means of words and ideas we can relate to and understand, but defining deity is not always as simplistic as some make it out to be. In Acts 13:33 the word “begotten” is used in a sense other than biological procreation (i.e. Jesus was ‘brought forth’ from the tomb). In 1 Cor. 4:15-17 Paul argues that he is a “father” of many because he had “begotten” them (through the gospel), and that Timothy is also his “son.” A literal (physical) interpretation cannot be forced on these words. One would have to affirm the nonsensical notion that Paul never converted anyone older than himself if a father always precedes a son in time. The Father-Son relationship within the Godhead is relevant only to Christ's incarnation (cf. Luke 1:31-35) but does not alter what the Bible says concerning his pre-existence and eternality.

“In John 1:1-14 the Logos was not actually the pre-incarnate Jesus but was simply God’s thought, purpose, and promise of Jesus to be generated in the future (cf. Jer. 1:5; Isa. 45:1).” One problem with this interpretation is the numerous masculine personal pronouns used with reference to the Logos: “he,” “him,” “his” (vv. 2-18). If it is asserted that the Logos is merely personified, this would seem very misleading since the same pronouns are used with reference to the Logos both before and after he “became flesh.” An added difficulty is the numerous other references to Christ’s pre-existence (e.g. John 1:15, 30; 3:13, 31; 6:62; 8:58; 13:3; et al.). The examples of Jeremiah (Jer. 1:5) and Cyrus (Isa. 45:1) are not equivalent to the accounts of Jesus. Both of these examples are one-time statements made about these men, whereas the numerous references to Christ’s pre-existence are mostly claims he made about himself.

Endnotes:
1 Socinianism, denying the triune Godhead and the deity and pre-existence of Christ, is a view that maintains Jesus did not exist until he was conceived by the virgin Mary. This theological concept is named after the 16th-century Italian theologian Fausto Sozzini (Lat. Faustus Socinus) and was popularized in Poland. Modern-day proponents of this view include the Unitarian Church of Transylvania (also Poland and England), the Christadelphians, and the Church of God General Conference.
2 Unless otherwise noted, scripture references are from the NKJV.