The Biblical Doctrine of Divorce and Remarriage: Part 2 of 3 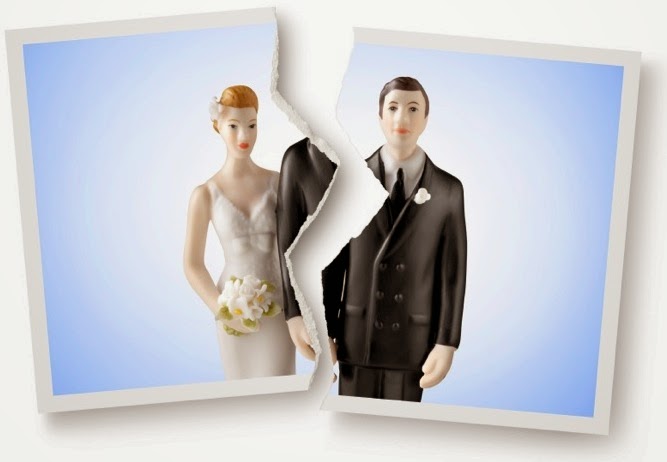 4. Matthew 5:31-32. This is a portion of Jesus’ Sermon on the Mount, in the context of “preaching the gospel of the kingdom” (4:23), wherein Jesus opposes the lax attitudes of the Jewish scribes and Pharisees toward the divine will (5:20).1 The Lord’s contrasting statement in 5:32 is in response to what had been “said” (and heard) about divorce among these Jews. While it was not the time to teach exclusively Christian doctrine or set aside the Mosaic Law (5:17-29; 7:12), it was necessary to address the fallacies of their hypocritical leaders (5:20; 6:2, 5, 16; 7:15-20, 29) and prepare the way for the coming kingdom (cf. 6:10, 33; 7:21). Jesus is contrasting the traditional misinterpretations of the Law vs. the loftier conduct expected in God’s kingdom. The Law did not justify unrighteous anger, or lust, or divorce for any or no reason, or questionable oaths, or senseless retribution, or hatred, irrespective of what others had “said” to the contrary. The current Jewish attitude toward divorce (succinctly stated in 5:31) had apparently become as lax as their attitude toward other moral issues discussed in this chapter. Jesus affirms that adultery (illegitimate sex) is committed in a second marriage following a divorce for any reason other than sexual infidelity. Divorce and subsequent marriage is implicitly allowed to the one betrayed by the other who violates the very heart of marriage (cf. Gen. 2:24; Matt. 19:4-9).

5. Matthew 19:1-10; Mark 10:1-10 [parallel accounts]. The Lord’s directives were prompted by hostile questions within the circle of Judaism. Matthew’s Gospel was written with a Jewish audience in mind,2 whereas Mark’s account was recorded for a Roman audience,3 which helps explain why Mark incorporates into his record certain parts of the Lord’s discourse that are omitted in Matthew, and vice versa.4 Jesus affirms that while it is sinful for a man to divorce his wife, it is not adultery; the sin of adultery is added to the sin of divorce if the man goes on to marry someone else (Matt. 19:9; Mark 10:11). The words "except for sexual immorality [fornication]" in Matthew’s account (19:9; cf. 5:32) are absent from Mark. The exceptive phrase would have had greater significance to Matthew’s audience, seeing that in Judaism infidelity warranted the death penalty (cf. Lev. 20:10; Deut. 22:22) and had become a cruel weapon of ruthless men in their mistreatment of women (cf. John 8:3-5). Among the Romans this was already understood as sufficient grounds for divorce.
Mark’s inclusion of the phrase “against her” (10:11b) is intriguing. Both the Jews and the Romans understood adultery as sexual intercourse with a married woman. Accordingly, when a woman committed adultery it was against her own husband, and when a man committed adultery it was against the woman’s husband. Jesus, however, informs his Jewish listeners, and Mark in turn informs his Roman readers, that from the divine perspective adultery is also committed against the innocent wife.
Matthew omits the following words that Mark has recorded in 10:12, “and if she, having divorced her husband, marries another, she is committing adultery.” Within the context of Judaism, since only the husband could initiate a divorce and not the wife, the applicability of this statement would have been lost among Matthew’s readers. On the other hand, under Roman law the marriage could be terminated by either party, so Mark’s inclusion of the statement is most relevant.
Adultery (moichaō) involves voluntary sex between a married person and someone other than his/her lawful spouse. The two verbs “divorces” (apolusē) and “marries” (gamēsē) are in the AORIST tense and therefore naturally describe punctiliar (completed) action. In contrast, the verbal tense is changed to the PRESENT when “commits adultery” is mentioned, suggesting a different (incomplete/ongoing) time reference. As long as sexual activity continues in the second relationship, the adultery continues.

6. Mark 6:17-19. Herod Antipas was tetrarch of Galilee and Perea (4 BC to AD 39). John the baptizer had confronted the tetrarch about his unlawful marriage to Herodias, resulting in John’s execution (Matt. 14:3-12; cf. Luke 3:19-20; 9:9). Antipas had divorced his wife Phasaelis, the daughter of the Nabatean king Aretas IV, in order to marry Herodias, who had previously been married to his half-brother Philip I (see Josephus, Ant. 18.5.1, 4).5 When Jesus is later asked whether it is “lawful” for a man to divorce his wife, he is “across the Jordan” in the region governed by Herod Antipas (Matt. 19:1; Mark 10:1), i.e., a divorced man married to a divorced woman, a union deemed “unlawful” by John.

7. Luke 16:18. Jesus is speaking to antagonistic Pharisees, and his directives are in opposition to their lax attitudes toward the divine will (vv. 14-15; cf. Matt. 5:20, 31-32; 15:1-3). Once again Jesus affirms that adultery is committed in the second marriage following a divorce. The “except for fornication” phrase (Matt. 5:32; 19:9) is omitted here, probably because those to whom Jesus was speaking on this occasion were teaching, condoning, or practicing divorce for other reasons.

8. Romans 7:2-3. To the saints at Rome Paul affirms that marriage is for life, whereas the marriage bond is broken when a spouse dies. If a woman marries another man while her husband is still living, “she will be called an adulteress.” But if her husband is dead, adultery is not committed in a second marriage.

Endnotes:
1 Jesus is not taking issue with or negating the Mosaic Law but rather opposing wrongful interpretations of it. Note, “You have heard that it was said ...” (vv. 21, 27, 31, 33, 38, 43), NOT “It is written …” For example, the Law never states, “… hate your enemy” (v. 43b), but apparently that’s what these Jews had heard from their teachers (cf. 15:1-3).
2 See K. L. Moore, Matthew's Audience.
3 See K. L. Moore, Mark's Audience.
4 See K. L. Moore, Jesus on Divorce and Remarriage.
5 Josephus: “Herod the tetrarch had married the daughter of Aretas; and had lived with her a great while …. However he fell in love with Herodias, this last Herod’s [Philip’s] wife …. One article of this marriage also was this, that he should divorce Aretas’s daughter…. But Herodias, their [Aristobulus & Agrippa’s] sister, was married to Herod [Philip], the son of Herod the Great …. Herodias took upon her to confound the laws of our country, and divorced her self from her husband, while he was alive, and was married to Herod [Antipas], her husband’s brother by the father’s side. He was tetrarch of Galilee” (Ant. 18.5.1, 4).