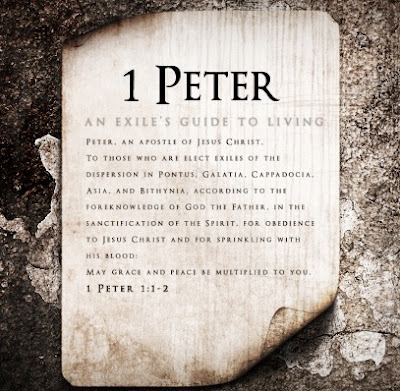 The theme of 1 Peter is hope in the midst of suffering. No less than seven different words for suffering are used in 1 Peter (H. C. Thiessen, Introduction to the NT 279). The noun pathēma (“suffering”) occurs only four times (1:11; 4:13; 5:1, 9), while the verb paskō (to “suffer”) appears twelve times (2:19, 20, 21, 23; 3:14, 17, 18; 4:1, 15, 19; 5:10).
First Peter is the only NT epistle wherein the name “Christian” appears (4:16); elsewhere in the NT only in Acts 11:26 and 26:28. D. A. Carson and D. J. Moo observe, “apart from the thanksgiving section in 1:3-9 and the ‘stone’ passage in 2:4-10, every paragraph of 1 Peter opens with a command, with theology brought in along the way to ground the command” (An Introduction to the NT 636).
Provenance and Date
Peter sends greetings from “she who is in Babylon, chosen together with you …” (1 Pet. 5:13).1 While some have suggested that “she” is a reference to an actual woman, perhaps Peter’s wife, most interpreters understand this to be a metaphoric allusion to the collective members of the church (note KJV).2 It is therefore only natural to interpret “Babylon” symbolically as an allusion to Rome. As for the literal Babylon in Mesopotamia,3 there is no evidence that the church was existing there in the mid-1st century AD or that Peter or Mark or Silvanus was associated with that region. Few, if any, would consider Egypt’s Babylon as a possibility either. In late Judaism “Rome began to take on the name and many of the characteristics of Babylon as a world-power hostile to God …” (BAGD 129), and the book of Revelation indicates that 1st-century Christians understood “Babylon” as a symbolic reference to Rome (cf. 14:8; 16:19; 17:5; 18:2, 10, 21). If Nero’s persecution was looming or in its early stages at the time of writing, Peter’s reluctance to expressly identify the Christian community in Rome is understandable.
Irenaeus stated that Paul and Peter were in Rome at the same time (Adv. Haer. 3.1.1), which corresponds to Paul’s second Roman imprisonment beginning around 64. Mark had been summoned to Rome by Paul about this time (2 Tim. 4:11) and was with Peter at the time of writing (1 Pet. 5:13). Note also there is substantial evidence that Mark’s Gospel originated in Rome or was at least intended for a Roman audience (see Mark's Audience). Nero’s persecution of Christians began in conjunction with Rome’s great fire of July 64, and since Peter directs his readers to “honor the king” (2:13-17), the epistle may have been written before the height of Nero’s persecution.
A reasonable date for the composition of 1 Peter is mid-64, although sometime slightly (but not considerably) earlier or later is possible. Since both Galatia and Cappadocia are included in the address (1:1) and the two provinces were untied by Vespasian in 72, a date before this time is assumed. Nevertheless, those who reject Petrine authorship propose a much later date, viz. 80-95 (see L. M. White, From Jesus to Christianity 274).
Audience, Destination, and Occasion
The epistle is addressed to “chosen sojourners of [the] dispersion” in the following regions: Pontus, Galatia, Cappadocia, Asia, and Bithynia (1:1) – present day Turkey. The question is whether these are geographic territories or Roman provinces (including areas where Paul had and had not preached). Probably Roman provinces are in view, as they are listed in the clock-wise direction in which the letter would be delivered. Of the places mentioned, Paul only worked in the southern region of Galatia and in Asia (as far as we know). The statement is made in 2 Pet. 3:15 that “our beloved brother Paul … wrote to you” (cf. v. 1), which is conceivably an allusion to Galatians, Ephesians, Colossians, and perhaps also the letters to Philemon, Timothy, and the Laodiceans (cf. Col. 4:16).
The initial readers seem to have been predominantly Gentile Christians (cf. 1:14, 18; 2:9-10; 4:3-4) who had not been personally evangelized by Peter (1:12). The occasion of the letter is suffering (1:6; 3:13-17; 4:12-19), which could have involved one of the following scenarios:
§  A general official persecution, which does not seem to fit the context of 1 Peter. The persecution of Nero (64-68) was primarily limited to Rome and did not reach these distant provinces, while the respective persecutions of Domitian (90-95) and Trajan (97-117) were too late.
§  A local official persecution, for which there is no corroborating evidence.
§  A local unofficial persecution, which seems more likely. These Christians were apparently facing hardships such as hostility, suspicion, criticism, discrimination, mocking, and false accusations from the general populace, as were their brethren throughout the Empire (cf. 5:9).
Conclusion
First Peter is just as relevant today as when it was first written. We are reminded of (a) our living hope of an eternal inheritance in heaven (1:1-12), (b) our call to obedience and holiness (1:13–2:12), (c) our duty to submit to temporal authorities (2:13-25), (d) husband-wife relations (3:1-7), (e) social relations (3:8-12), (f) faithfulness amidst suffering (3:13–4:19), (f) the role of spiritual leaders (5:1-5), (g) reliance on God for victory over evil (5:6-11), and (h) the grace and peace in Christ Jesus (5:12-14).
“Be humbled, therefore, under the mighty hand of God, that he may exalt you in [due] time, having cast all your anxiety upon him because with him there is concern for you” (1 Pet. 5:6-7).
--Kevin L. Moore