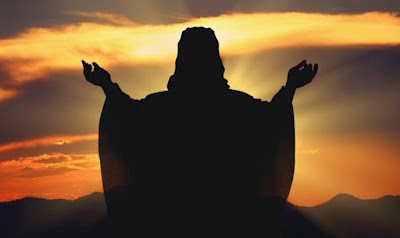 The Heart Language of Jesus
Aramaic – the language of the Assyrians, Babylonians, and Persians (cf. Ezra 4:7; 2 Kings 18:17, 26) – was adopted by the Jews during and after the 70-years’ Babylonian exile. While the majority of the Old Testament was written in Hebrew, large portions of Ezra (4:8–6:18; 7:12-26) and Daniel (2:4b–7:28) appear to have been penned in Aramaic. By the time of Christ, although Hebrew continued to be used among the rabbis in Jerusalem, Aramaic had replaced pure Hebrew as the everyday vernacular of the Palestinian Jews (cf. Acts 1:19). Jesus could read and understand Hebrew (Luke 4:16-21), but he apparently spoke Aramaic (cf. Mark 5:41; 7:34; 15:34; Acts 26:14).1
Koinē Greek and the Hellenization of Palestine
The Greek term koinē, meaning “common,” is used to describe hē koinē diálektos (“the common language”) or the lingua franca of the 1st-century Greco-Roman world. From the conquests of Alexander the Great in the 4th century BC, Koinē Greek developed and spread throughout most of the Mediterranean world. It was the language of post-classical Greek literature, the Septuagint version of the Old Testament, the New Testament, and most early ecclesiastical writers.
The Hellenization of Jewish territory started when Judea surrendered to Alexander’s forces in 332 BC and it continued under the dominance of the Ptolomies and the Seleucids through the 2nd century BC. Herod the Great, who controlled Judea from 37 BC to 4 BC, made deliberate attempts to further Hellenize the region.
Once known as “Galilee of the Gentiles” (Isa. 9:1; cf. Matt. 4:15), the district where Jesus spent his formative years was saturated by Greek influences. Within its borders were Hellenistic centers, such as Tiberias and the township of Sepphoris – only 6 km/3.7 miles northwest of the Lord’s hometown of Nazareth. As Jesus worked in the carpentry trade (Mark 6:3), any tradesman in the area would presumably need a working knowledge of the accepted language of commerce.
Koinē Greek was widely used in 1st-century Palestine and most of the populace appear to have been bilingual.2 Hellenistic Jews of the diaspora made frequent visits to the homeland, bringing with them Greek culture and language (cf. Acts 2:5; 6:9). Among the Lord’s immediate disciples, Andrew and Philip had distinctively Greek names, while Matthew,3 John, and Peter contributed documents to the New Testament in the Greek language.
Evidence of Jesus Speaking Greek
Except for the transliteration of a few Aramaic words and phrases, the record of all that Jesus said has been preserved in Greek translation. Nevertheless, in his conversation with a Syro-Phoenician Greek woman (Mark 7:24-30), it is interesting to note that the term kunárion (“little dog”) was employed. There was only one word for “dog” in Hebrew and Aramaic speech, referring to an unclean animal (Lev. 11:27), viz. a dirty, mangy, flea-infested scavenger (cf. Ex. 22:31; 1 Kings 14:11; 16:4; 21:19; etc.). In the Greco-Roman world, in contrast to the Jewish aversion, dogs were common pets. There are two words for “dog” in NT Greek: (a) kuōn, equivalent to the Jewish concept and thus derogatory (Matt. 7:6; Phil. 3:2), and (b) kunárion, referring to a house dog, pet, or puppy. Jesus’ use of the latter term (Matt. 15:26; Mark 7:27), for which there is no Aramaic equivalent, demonstrates that he was apparently speaking in this Greek woman’s native tongue (see What Great Faith Looks Like).
When Jesus stood before the Roman prefect Pontius Pilate, there is no indication that an interpreter was used in the dialogue (Matt. 27:2, 11-14; Mark 15:1-5; Luke 23:1-3; John 18:33-38). While Latin was the spoken-language of Rome, educated Romans used Greek as a second language and had little tolerance for those in their provinces who spoke neither Latin nor Greek.4 The most natural reading of the Gospel accounts is that Jesus and Pilate understood one another as they conversed, and the common (koinē) Greek language would have made this possible (cp. Acts 21:37-40). Jesus’ comparatively brief responses may be indicative of one for whom Greek is a second language and therefore not spoken as fluently.
Conclusion
Jesus lived in a Jewish environment that was controlled by the Romans and heavily influenced by Greek language and culture. Although his local vernacular was Aramaic and there is no specific reference to him speaking Greek, the evidence suggests he would also have been conversant in the Greek language.
--Kevin L. Moore

Related Posts: Hebrew, Aramaic, The Education of Jesus the Rabbi