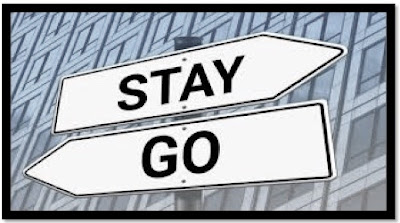 In John 7:8-10 did Jesus mislead his brothers, or simply change his mind, or is there something about the account we might be missing? The greatest challenge in our attempts to understand this passage is the ambiguity of what it actually says due to variant readings among the Greek manuscripts.
Contextually in the 7th chapter of John’s Gospel, Jesus and his disciples are in Galilee as the Jewish Feast of Tabernacles draws near, and the Lord’s unbelieving brothers tell him to go ahead and make the pilgrimage to Judea. His verbal response, in part, is recorded in v. 8, followed by a report of his seemingly capricious actions in v. 10.

The ESV reads: “‘You go up to the feast. I am not going up to this feast, for my time has not yet fully come’ …. But after his brothers had gone up to the feast, then he also went up, not publicly but in private.”

The NKJV reads: “‘You go up to this feast. I am not yet going up to this feast, for My time has not yet fully come’ …. But when His brothers had gone up, then He also went up to the feast, not openly, but as it were in secret.”

The first ambiguity is created in v. 8 by the presence in some manuscripts of the adverb οὐκ (“not”),1 whereas in others οὔπω (“not yet”) occurs.2 If the former reading is correct, why did Jesus say he was not going to the feast but then he went? If the latter reading is correct, it was just a matter of timing (a delayed departure), but how is the more difficult variant to be explained? If the scribal amendment was intentional, it makes no sense to replace a fairly harmonious reading with an apparent discrepancy.

The other ambiguity is created in v. 10 with the positioning of the phrase, “up to the feast.” In some manuscripts this is descriptive of the Lord’s brothers, while in others it applies to Jesus. If the former reading is correct (as in the ESV), then Jesus simply went up to Jerusalem but not necessarily to the feast in which his brothers were participating. If the latter reading is correct (as in the NKJV), then Jesus did attend the feast, albeit later and in a different manner than his brothers expected.

The problem for text critics, translators, and exegetes is weighing the external documentary evidence against the internal evidence, while trying to account for textual variation in the transmission process. If each of these factors is granted equal value, we seem to be at an impasse.

Reasoned transmissionalism considers both internal and external information, giving more weight to the documentary evidence. The earliest extant confirmation (closest in time to the original) supports the reading οὔπω (“not yet”) in John 7:8. Documents inclusive of this version of the text, dating back as early as the 2nd century,3 have been recognized as the “best witnesses.”4

Reasoned eclecticism considers both internal and external information,5 giving more weight to internal evidence. Proponents of this approach regard the reading οὔπω to have been “introduced at an early date … in order to alleviate the inconsistency between ver. 8 and ver. 10.”6 Leon Morris, for example, reasons, “If the original read οὔπω, why should anyone alter it to οὐκ? I cannot find any convincing answer, so I incline to the reading οὐκ.”7 Philip Comfort adds further, “the variant [οὐκ] is the more difficult reading (Jesus eventually went to this festival) and therefore a candidate for being the original wording.”8

In seeking to trace the transmissional history of any textual variant, of paramount concern is which reading best explains the existence of the others. Preference is usually given to the more difficult reading, the assumption being that copyists would ordinarily prefer smoothness, harmony, and clarity over a presumed inconsistency and have little to no apprehension about altering the biblical text. It further assumes the changes were on purpose, even though unintentional scribal error was all too common.

There is no solid consensus among NT scholars as to what was first penned and subsequently changed in John’s text. Since the manuscript evidence can be more objectively scrutinized than the somewhat subjective evaluation of internal issues, I tend to lean in favor of the οὔπω (“not yet”) reading in John 7:8. At the same time, however, I struggle to come up with a reasonable explanation for the scribal change to οὐκ unless it was accidental rather than determined (i.e., confusion of letters in the uncial script). Perhaps the best exegetical approach is to consider the question from all angles and find a solution that is consistent with what we know about the integrity of Christ and the biblical record.

A Parabolic Play on Words?

As insightful and creative as this explanation is, however, it does not readily correspond to the actual wording of the text. Jesus’s reference to “going up,” whether parabolically or topographically, was not “at” or “during” the feast but εἰς (“to,” “unto,” “toward”) the feast. It would be less of a stretch, granting the words “not yet” and “this feast,” to take the Lord’s statement as anticipatory of “the next paschal journey,” when “the time was fulfilled.”10

Operating on His Own Timetable?

If the original text of John 7:8-10 included “not yet” and “he went up to the feast,” there is no inconsistency between Christ’s words and actions. He intentionally delayed his departure from Galilee because of impending dangers (vv. 1, 6-9), arriving in Jerusalem by “the middle of the feast” (v. 14). The harmony of the text supported by the weight of manuscript evidence makes a solid case for this interpretation. The only nagging concern, then, is how to account for the textual variant.

Did Not Necessarily Attend the Feast?

The prepositional phrase “to the feast” in v.10 has been mispositioned in a number of manuscripts. If the biblical record states, “his brothers had gone up to the feast, then he also went up,” Jesus made his way to the city of Jerusalem but not to engage in the festivities. This is consistent with what he told his brothers in v. 8, particularly if οὐκ is the original wording.

The Feast of Tabernacles (or Booths) started on the 15th day of the 7th month (Tishri = September/October), lasted seven days, and officially ended on the 8th day (Lev. 23:34-36). John reports that Jesus was in Jerusalem “about the middle of the feast” (John 7:14), as well as “the last day” (v. 37), presumably having missed the first few days. While others were celebrating, Jesus was about his Father’s business, teaching in the temple, and avoiding a premature death (John 7:10–8:59). Even if credence is given to the textual variant, “he went up to the feast,” he apparently did not go up as one who kept the feast.11

This is one of those passages I wish was more straightforward than it actually is. Nonetheless, any alleged incongruity is easily resolved, albeit with multiple possibilities. The primary concern, at least for Bible believers, is that the integrity of our Lord and the biblical record remains intact.

2 This is the reading of the Byzantine Majority Text and Textus Receptus. See ERV, N/KJV, NIV(1978), WBT, WEB, YLT. Despite the English translation in more recent editions, the NT text upon which the NIV was originally based favors οὔπω (see R. J. Goodrich and A. L. Lukaszewski, A Reader’s Greek New Testament [Grand Rapids: Zondervan, 2003]: 221).

5 The οὐκ reading is supported by the 4th and 5th century codices Sinaiticus (א) and Bezae (D), as well as K M Π it syrc,s copbo. Based on this reading, Porphyry of Tyre (ca. 234-305) accused Jesus of vacillation.

8 Philip Wesley Comfort, A Commentary on the Manuscripts and Text of the New Testament (Grand Rapids: Kregel Academic, 2015): 257.

10 B. F. Westcott, The Gospel According to St. John (London: James Clarke, 1958): 117; also F. Godet, Commentary on the Gospel of St. John (Edinburgh: T. & T. Clark, 1877): II: 270-72. Another textual variant is the dual usage of the pronoun ταύτην (“this” feast) in the Byzantine Majority Text, supported by א* Γ Δ Λ, along with eight uncials, numerous miniscules, and some ancient versions, whereas a lone appearance in NA28 and UBS5, based on א a b B D K L T X Π, along with a number of minuscules and quotations.