The Ethiopian’s Confession in Acts 8:37? 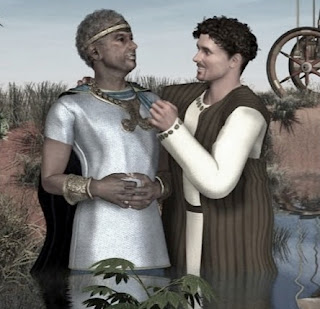 In the account of Philip’s evangelistic encounter with an Ethiopian official, Acts 8:37 reads in the NKJV: “Then Philip said, ‘If you believe with all your heart, you may.’ And he answered and said, ‘I believe that Jesus Christ is the Son of God’” (also CSB, KJV, MEV, JUB).

Some versions have the verse in [square brackets] in the main text (HCSB, NASB, YLT), while others relegate it to a footnote (ASV, CEB, CEV, CSB, ESV, ISV, NIV, NLT, N/RSV). Some omit the words all together (NET, J. B. Phillips).

The majority of extant Greek manuscripts, including the earliest, do not contain the verse in question.1 It appears in later Greek manuscripts and Latin versions from the 5th century onwards, plus a few other ancient languages.2 Nevertheless, we know the recorded account existed much earlier, as it is included in the Western text tradition and was known by Irenaeus in the 2nd century, Tertullian and Cyprian in the 3rd century, and Ambrosiaster and Ambrose in the 4th century. It is commonly believed that the verse was originally a marginal note that eventually made its way into the main text through the extensive copying process.

The passage is essentially an extension of v. 12 and corresponds to other scriptures (e.g. Matt. 10:32; Luke 12:8; Rom. 10:9; 1 Tim. 6:12), therefore no fundamental doctrine is lost by its omission or changed by its inclusion. Believing with all your heart is still a prerequisite to baptism and is made known by verbally acknowledging Jesus Christ as God's Son.

1 Even the Byzantine Majority Text (BMT) does not include these words.