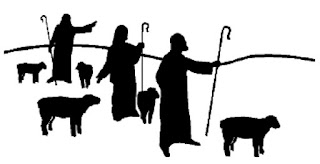 The expectations for a congregational overseer include: “not a drunkard, not violent but gentle, not quarrelsome, not a lover of money” (1 Tim. 3:3, ESV).

The first of four requisites stated in the negative,1 “not a drunkard,” is also rendered “not an excessive drinker” (CSB), “not given to drunkenness” (NIV), “not addicted to wine” (NASB), “not given to wine” (N/KJV), “no brawler” (ASV). The adj. pároinos, from pará (“near,” “beside”) + oînos (“wine”), is used in the NT only here and in Tit. 1:7. Similar to nēphaléos (v. 2), the primary sense pertains “to one who is given to drinking too much wine, addicted to wine, drunken,”2 while the secondary sense, “quarrelsome over wine” or “drunken behavior,”3 gives way to its metaphoric usage, “brawling,” “abusive,” “brash,” or “violent tempered.” Should this word be interpreted so narrowly as to limit its meaning to just one of these semantic possibilities to the exclusion of any other option?

It seems unlikely that the adverse effects of intoxicating wine are “scarcely alluded to here,”4 seeing that Paul is not silent on the use of wine (1 Tim. 5:23) or its abuse (3:8; Eph. 5:18; Tit. 2:3), including implicit allusions (1 Tim. 3:2, 11; Tit. 2:2; cf. 1 Thess. 5:6, 8; 2 Tim. 4:5). Drunkenness, however it is to be measured,5 was a problem in antiquity and is clearly condemned in scripture.6 If the word méthusos explicitly identifies one who is a “drunkard” (1 Cor. 5:11; 6:10), it follows that a more descriptive term like pároinos, as intended by Paul and understood by his Greek-speaking readers, would include “drunkenness and its manifestations.”7

Some have concluded that drinking intoxicants is at least tolerated if not celebrated in scripture, so the prohibitions against drunkenness imply the acceptability of discreet usage in moderation.8 But a positive commendation of alcohol consumption drawn out of Paul’s denunciation of its abuse goes beyond the wording and apparent purpose of the relevant texts (discussed further at 3:8),9 especially if some of the troublemakers about whom Paul is concerned were prone to intemperance (note 5:23-24) and disruptive behavior (note 6:4-5; 2 Tim. 2:23).

Related to and perhaps an extension of the previous thought, the acceptable church leader is “not violent but gentle, not quarrelsome …”10 The expression mē plēktēs (“not violent”)11 is also rendered “no striker” (ASV, KJV), “not a bully” (CSB), “not … pugnacious” (NASB), the total opposite of (“but” [allá], a strong adversative) one who is epieikēs (“gentle”)12 or “patient” (KJV), along with ámachos (“not quarrelsome”),13 also rendered “peaceable” (NASB), “not contentious” (ASV), “not a brawler” (KJV), “must not be argumentative” (ISV). There is no place for physical abusiveness (Acts 23:2; 2 Cor. 11:20), or for wounding one’s soul “with cutting, unkind words”14 (cf. 1:9; 2:8). “And the Lord’s servant must not be quarrelsome but kind to everyone, able to teach, patiently enduring evil, correcting his opponents with gentleness…” (2 Tim. 2:24-25a).

Another must is “not a lover of money,” i.e., “not covetous” (N/KJV), “not greedy” (CSB). The adj. aphilárguros occurs in the NT only here and in Heb. 13:5,15 with the corresponding mē aischrokerdē (“not greedy for money”) in Tit. 1:7. Paul goes on to warn, probably due to the misconduct of agitators, “For the love of money is a root of all kinds of evils. It is through this craving that some have wandered away from the faith and pierced themselves with many pangs” (1 Tim. 6:10,16 note vv. 3-10; 2 Tim. 3:2). The other side of this mandate is generosity and benevolent giving.17

1 Three employ mē (“not”), and the other has the alpha prefix of negation, like anepílēptos (“without reproach”) in v. 2.

4 H. D. M. Spence, “First Epistle of Paul the Apostle to Timothy,” in Ellicott’s NT Commentary 190; “It is rather a warning against choosing for the sacred office one given to frequenting noisy banquets, where wild and imprudent words are often spoken.” Conversely, the most straightforward reading, “not near or beside wine,” would include but not be limited to the mere avoidance of drinking parties (James Bales, The Deacon and His Work 25).

7 C. J. Ellicott, Critical and Grammatical Commentary on the Pastoral Epistles 58. This would clearly be at variance with “above reproach … sober-minded, self-controlled, respectable …” Otherwise, one could excuse a prospective overseer’s drunkenness as long as he is not abusive. “The primary problem with alcohol is that it muddles the mind. Unclear thinking leads to behavior that is selfish and sinful. Christianity seeks to elevate your mind and heighten your self-awareness so that you can behave more responsibly and compassionately. Lucidity and love go hand in hand. Conversely, alcohol and abuse are frequent companions” (Aubrey Johnson, Dynamic Deacons: Champions of Christ’s Church 23).

8 Robert James Utley, Paul’s Fourth Missionary Journey 42-44; Preston Sprinkle, “What Does the Bible Really Say About Drinking Alcohol?” Relevant (15 Sept. 2014), <Web>. A number of pro-drinking arguments fail to consider the significant difference between wines of antiquity (often diluted to avoid intoxication), prior to the invention of distilled liquors, and today’s more potent beverages, not to mention the respective environments of necessity and survival vs. the enjoyment of (dependence on?) a chemical depressant.

9 Lynn Anderson says “that Paul’s references to wine are not a teetotaler’s proof texts,” but neither do they provide legitimate biblical sanction for social drinkers. Anderson goes on to concede that if one values his “freedom to drink wine more highly than the freedom to lead the church, that person is ‘given to’ (addicted to) wine!” (They Smell Like Sheep 1:162-63).

10 The BMT/TR includes mē aischrokerdē (“not greedy for money”), which is practically synonymous with aphilárguros (“not loving money”) that follows, and it occurs in Tit. 1:7.