Advice for Young People from the Life of Timothy 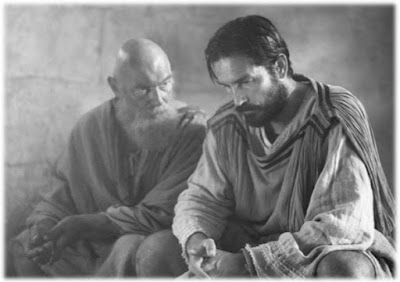 “Let no one despise your youth …” (1 Tim. 4:12a, NKJV). Have you ever heard this passage cited in a Bible class or devotional lesson directed to teenagers? I’m pretty sure that when these words were first directed to Timothy, he was well beyond his teenage years. In fact, he is first introduced in the chronological record of scripture about 15 years earlier as a disciple in Lystra, which was a few years after Paul and Barnabas had left behind a group of newly converted disciples in Lystra that probably included young Timothy and his mother (Acts 14:20; 16:1).

As the local church began in Lystra, the missionaries were persecuted and Paul was stoned, dragged out of the city, and left for dead (Acts 14:19). From the very beginning of Timothy’s Christian walk, he saw firsthand the maltreatment of those professing Christ in an anti-Christian world (note 2 Tim. 3:10-12). When Paul later returned to Lystra with Silas, Timothy had made such an impression on the local brethren and was so well spoken of that he was invited to join Paul and Silas’ mission team (Acts 16:1-3). Apparently Timothy was just as committed to the Lord as Paul was, and in spite of the dangers and challenges he inevitably faced, he accepted the invitation.

Like young Timothy, don’t avoid opportunities just because they’re hard. Rarely does anything worthwhile come easily, so we shouldn’t always be looking for the easy way. Let’s be ready and eager to choose life’s difficult paths, especially when the Lord’s will is first in the decisions we make.

Don’t make excuses or give up easily

Timothy worked as a missionary apprentice in the Roman provinces of Macedonia and Achaia until Paul had enough confidence in him to start sending him out on his own (1 Thess. 3:1-2; 1 Cor. 4:17; 16:10; Phil. 2:19). This does not mean, however, Timothy was without personal challenges and impediments that had to be confronted and overcome. It seems that Timothy, because of his comparative youth and timid spirit, was subject to disregard (1 Cor. 16:10-11; 1 Tim. 4:12; 2 Tim. 1:7-8). Yet in the biblical record we never find Timothy making excuses and avoiding opportunities to serve the Lord. No matter what difficulties he faced, he did not give up.

Life is never easy for anyone, especially for those of us trying to please and serve the Lord (Acts 14:22; 2 Tim. 3:10-12). Like Timothy, we should take the word “quit” out of our vocabulary, capitalize on our strengths, and never use our perceived weaknesses as excuses.

Strive for maturity in the faith

Later in life the aged apostle, while affectionately regarding Timothy as a “child” [Greek téknon] (1 Tim. 1:2, 18), refers to him, near the end of the same letter, as “man of God” (6:11). Despite Timothy’s age and personality quirks, he was competent and mature enough to be left in the city of Ephesus to confront false teachers and help get the church on the right spiritual path (1:2-3).

May we, like Timothy, prove ourselves in the Lord’s service by consistently stepping out in faith, confronting our fears and shortcomings, and doing what we have been commissioned to do. Let us strive for maturity in the faith as faithful men and women of God.

When Timothy obeyed the gospel at a fairly early age, he lived his life in such a way that is worthy of emulation. Let us learn from Timothy to not avoid life’s difficult paths, or make excuses and easily give up, striving for maturity in the faith. “Let no one despise your youth, but be an example to the believers in word, in conduct, in love, in spirit, in faith, in purity” (1 Tim. 4:12).

*Presented to the high school graduates of the Estes church of Christ, 14 May 2021.