The Doctrine of Christ in 2 John 9 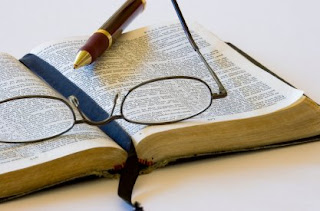 What is meant by “the doctrine [or teaching] of Christ” in 2 John 9? Is it simply the doctrine about Christ or the doctrine from Christ?
It is argued by some that “the doctrine of Christ” in this passage is merely the doctrine about Christ, thus the only condition for having fellowship with God is to believe the truth about Jesus. While this interpretation takes into account the previous reference to those “not confessing Jesus Christ as coming in [the] flesh” (v. 7),1 it fails to consider the overall context of the letter, the other writings of John, and the rest of the New Testament. Surely having fellowship with God requires more than just believing that Jesus was a human being! (cf. Mark 1:34; 3:11; 5:7; Luke 4:41; John 12:42; 1 John 2:3-6; et al.).
In his second epistle John not only speaks of knowing “the truth” (v. 1) and “the truth” abiding in us (v. 2) but also “walking in truth” (v. 4), which is further clarified in v. 6: “And this is love, that we should walk according to his commandments.” The whole context of this epistle suggests that “the doctrine of Christ” is a reference to the entire body of Christ’s teaching rather than a limited portion of it.
The word “doctrine” (KJV) or “teaching” (NASB) is translated from the Greek didachê. Whenever this word is used by John elsewhere, it always
has reference to the doctrine taught by someone rather than the doctrine taught about someone. In each of its three occurrences in John’s Gospel (7:16, 17; 18:19), didachê refers to the doctrine taught by Jesus, not about him. In the book of Revelation (also written by John), in each of its three occurrences didachê is used with reference to the doctrine taught by someone -- Balaam (2:14), the Nicolaitans (2:15), Jezebel (2:20, 24) -- not the doctrine taught about them. There is no legitimate reason to presume that John’s intended meaning of “the doctrine of Christ” in 2 John 9-10 is something other than his consistent use of the same terminology elsewhere.
Since one must “abide” (menô) in the doctrine of Christ, notice some other ways John describes that in which one must “abide”: abide in Christ’s word (John 8:31); abide in the light (1 John 2:10; i.e. the truth of God’s word, cf. 1 John 1:7; 2 John 4, 6; 3 John 3); abide in Christ’s love by keeping his commandments (John 15:10; cf. 14:15; 1 John 2:5; 2 John 6); abide in Christ by keeping his commandments (1 John 3:24; cf. John 15:7; 1 John 2:5-6). While the truth about Jesus is part of that in which one must abide, it is not the sum total of Christ’s doctrine.
Finally, by comparing what is said in 2 John 9 with comparable statements in John’s other writings, the intended meaning of “the doctrine of Christ” ought to be clear. Note the following parallels:

The “doctrine of Christ,” just like the “gospel of Christ,”2 most certainly includes the teaching about Jesus coming in the flesh and other aspects of his personage, but it is not limited to this. Who can believe that John, or any other inspired writer, intended to convey the idea that fellowship with God is maintained simply by acknowledging the truth about Jesus, while being faithful to the teaching that comes from him is not necessary?! As consistently used by John, “the doctrine of Christ” applies to the doctrine which Christ taught both personally and through his inspired agents (cf. Matthew 22:33; Mark 11:18; Luke 4:32; 1 Corinthians 14:37; Galatians 1:12; 1 Thessalonians 4:2; et al.), i.e. the entire body of Christian teaching.
--Kevin L. Moore

Related Posts: What Does "Fellowship" Mean?
Posted by amerikiwi at 11:45