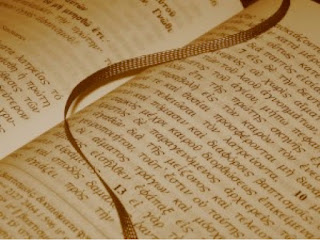 The New Testament was initially written in a language that is generally more expressive than English tends to be, and sometimes our English versions do not fully convey the depth or the clarity communicated in the original Greek text. This is not always a weakness of translation as much as a limitation of the English language itself.
One of these translational challenges concerns the pisteuō word group. The standard rendering of the verbal form in most English versions is simply “believe,” which effectively limits the sense to an intellectual assent to a perceived fact. It fails to communicate, however, the wider range of nuances the term would normally express to a Greek speaker in the Hellenistic world.
The verb pisteuō has various shades of meaning, including the following: to believe in or be convinced of something (Acts 13:12; 1 John 4:16), give credence to (Luke 1:20; John 2:22), have confidence in (Matthew 8:13; 9:28; 21:22), be assured of (John 9:18; Acts 9:26; Romans 14:2), accept either tentatively (1 Corinthians 11:18) or without doubt (John 5:38, 46), assent with conviction (Romans 10:10) or without conviction (James 2:19b), trust in and/or rely on (John 6:29; 8:31; 2 Timothy 1:12), and entrust to (Romans 3:2; Galatians 2:7). Even though the same Greek word appears in all of these passages, it is clearly not employed in the same way and its usage must therefore be determined by the context.
Closely related to the verbal form is the articular participle ho pisteuōn. Although typically rendered “he who believes” (denoting one’s mental assimilation), the expression is more precisely translated “the believing one” (identifying who the person is). In other words, the participial form describes more than just someone who has accepted something in his heart. It categorizes a person who is receptive to the will of God, with the attendant requisites of commitment and obedience.
Consider John 3:16 as an example. Does this frequently acclaimed “golden text of the Bible” include or exclude an obedient response to the Lord? The passage reads in English: “For God so loved the world that he gave his only Son, that whoever believes in him should not perish but have eternal life” (ESV). It is not uncommon in today’s religious environment to hear this verse cited in an attempt to establish the widely held Protestant doctrine of salvation by “faith alone” and to further discount the essentiality of associated acts such as baptism. However, is it legitimate to separate a single verse from its context in order to constitute one’s entire system of faith?
If we take the time to read the whole paragraph (of which verse 16 is only a small part), it is hard to divorce obedience, including baptism, from the discussion. Jesus had already stated in verse 5, “Truly, truly, I say to you, unless one is born of water and the Spirit, he cannot enter the kingdom of God.” There is a twofold condition here for entering God’s kingdom, and the very next reference to water in this chapter is in relation to baptism (v. 23). Moreover, if we keep reading beyond verse 16, we see that the same Jesus, speaking to the same person, goes on to affirm in verse 21: “But whoever does what is true comes to the light, so that it may be clearly seen that his deeds have been carried out in God” (emp. added KLM). Is fulfilling the divine will contingent upon merely believing without doing, or is saving faith inclusive of an active, obedient response? By reading the Lord’s entire discourse, the answer is clear.
The statement in John 3:16 does not actually employ the verbal form “believe” (as in most English translations) but rather the articular participial form: “all the believing ones in him.” The focus here is not on what these believing ones have done (as in v. 21) but rather on who they are in relation to where they are. They are believers, as opposed to the unbelieving world, viewed within the redemptive sphere of God’s Son (compare Galatians 3:26-27).
Further, if one is willing to read even more of the text, John goes on to declare at the end of the same chapter: “Whoever believes in the Son has eternal life; whoever does not obey the Son shall not see life, but the wrath of God remains on him” (v. 36). Although some English versions fail to disclose this fundamental distinction, the contrast here is between the believer (literally “the believing one [who is] in the Son”) and the one who does not obey (literally “the one disobeying the Son”). Note that believing and obeying are not mutually exclusive in the Bible but are inseparably linked.
Elsewhere in the New Testament this teaching is equally clear. In Acts 2:44 those simply described as “all the believing ones” are in fact the penitent baptized believers of verses 37-41. Obviously these so-called “believers” had done more than just “believe” in their hearts. Their internal acceptance of the truth was accompanied by and demonstrated through outward, observable action.
Who are “the believing ones” in Hebrews 4:3 who enter the heavenly rest? They are contrasted with those who are characterized by disobedience (vv. 6, 11). In fact, since “unbelief” and “disobeying” are synonymous in the context of this discussion (see 3:18-19), it follows that saving faith, as biblically defined, is more than a mere intellectual acquiescence to something but also entails one’s active compliance to the Lord’s directives (compare chap. 11; also James 2:14-26).
Biblical faith is no more devoid of associated action than the Bible’s recurring emphasis on obedience can be understood apart from faith (see Romans 1:5; 6:16, 17; 15:18; 16:19, 26; 2 Corinthians 10:5, 6; Galatians 5:6; etc.). The concept of “believers” in the New Testament is indicative of much more than what these persons have done, i.e., they have done more than just believe. Rather, the descriptive terminology signifies who Christians are as distinct from the unbelievers who resist God and reject his will (cf. 1 Corinthians 14:22; 1 Peter 2:7; 1 John 5:10). In other words, believers are those who have accepted and obeyed the gospel and continue to faithfully adhere to the teachings of Christ – citizens of God’s kingdom and members of the household of faith.
--Kevin L. Moore

Related Posts: A Closer Look at John 3:16, Are You Sure the Thief on the Cross Wasn't Baptized?