The Pastoral Epistles (Part 1 of 2): Introduction 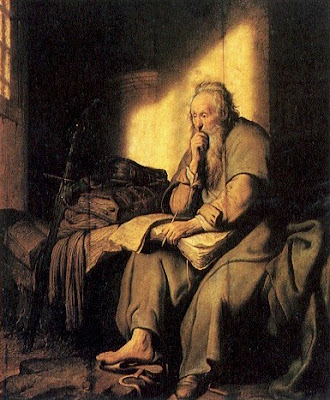 The term “Pastoral” to describe 1 Timothy was coined by Thomas Aquinas in 1274 and was used by D. N. Berdot in 1703 and popularized by Paul Anton in 1726 as a collective designation for 1 Timothy, 2 Timothy, and Titus. However, the title “is not technically quite correct in that the Epistles … certainly do not contain a manual of pastoral theology” (D. Guthrie, Pastoral Epistles 11). Nevertheless, because of its familiarity and convenience, “the Pastorals” as a succinct reference to the three letters addressed to two of Paul’s most faithful companions continues to be widely used. Since qualifications of pastors (i.e., shepherds, overseers, elders) are given in 1 Timothy and Titus, the moniker is not entirely illegitimate. While the Pastorals are treated together here for the sake of convenience, they should still be regarded as individual documents.

Each of the three letters is written in the name of Paul alone, with no mention of a co-sender. While Paul’s name appearing unaccompanied does not rule out the possibility of secretarial assistance (cf. Rom. 1:1; 16:22), it is interesting that the most disputed Pauline letters (Ephesians and the Pastorals) designate Paul alone in the opening address, with no indication elsewhere in the letters of secretarial involvement. This suggests, contrary to popular scholarly opinion, that these “disputed” letters actually reflect the purest Pauline vocabulary and style, while the rest betray a compositional blend of Paul and his collaborators (see next article).
The stereotypical Pauline greeting (“Grace to you and peace from God our Father and Lord Jesus Christ”) is considerably modified in the Pastorals.1 The term eleos (“mercy”) is added in 1 and 2 Timothy. The usual order of Iēsou Christou (“Jesus Christ”) is reversed in the Pastorals, kuriou (“Lord”) is positioned at the end of the sequence instead of the beginning, hēmōn (“our”) follows Christou Iēsou (“Christ Jesus”) rather than theou patros (“God [the] Father”), and kuriou (“Lord”) is replaced with sōtēros (“Savior”) in Titus.
Besides Philemon, these are the only extant Pauline letters addressed to individuals. However, it is apparent that behind the author’s thought of Timothy and Titus is that of the congregations with which they worked. Each of the letters ends with a grace-wish to “you” (plural) (1 Tim. 6:21; 2 Tim. 4:22; Tit. 3:15). Chronologically, these letters are the final documents in the Pauline corpus.

On one end of the spectrum, the Pastorals have been dated as late as the 120s-130s (see L. M. White, From Jesus to Christianity 428-33). On the other end, B. Reicke places 1 Timothy in the summer or autumn of 56, Titus in 58, and 2 Timothy in 60 (Re-examining Paul’s Letters 51, 68, 85); J. A. T. Robinson consigns 1 Timothy to autumn 55, Titus to late spring 57, and 2 Timothy to autumn 58 (Redating the NT 67-84).
Around spring of 62, near the end of Paul’s two-year detention in Rome (Acts 28:30), the apostle was anticipating probable release (Philem. 22; Phil. 1:19, 25-26; 2:24), and he later speaks of his “first defense” and deliverance (2 Tim. 4:16-17). Having regained his freedom, Paul traveled to places like Macedonia, Ephesus, Crete, Nicopolis, Troas, Miletus, and possibly also to Corinth, Colosse, and/or Spain  (1 Tim. 1:3; 3:14; Tit.1:5; 3:12; 2 Tim. 4:13, 20; cf. Philem. 22; Rom. 15:28).2
Probably from Macedonia Paul wrote 1 Timothy, sending the letter to Ephesus (1 Tim. 1:3). He  hoped to visit Timothy in Ephesus but understood that he might be delayed (1 Tim. 3:14-15). On his way to Nicopolis Paul wrote his letter to Titus, sending it to the island of Crete (Tit. 1:5; 3:12). The location of Nicopolis is uncertain, since different cities shared this same name in various places, including Asia, Africa, and Europe. It is possible that this particular Nicopolis was in Thrace (near the borders of Macedonia) or in Cilicia, but more likely in the province of Epirus in northwestern Greece (modern-day Smyrtoula).3
While there is no way of knowing for sure how long this limited period of freedom was for Paul, these two letters were conceivably drafted sometime around 62-64. Assuming Paul was released from his first Roman detention around spring of 62, this time period would have afforded him the opportunity to travel to the places mentioned in the Pastorals and to have been back in Rome when Nero’s persecution broke out in the summer of 64. According to tradition, Paul suffered martyrdom around this time (see below).
At some point Paul ended up back in Rome as a prisoner and wrote 2 Timothy about 64-65. The apostle was in Rome and was imprisoned at the time of writing (2 Tim. 1:8, 16-17). He implies that his upcoming trial was the second one, and this time he was expecting almost certain death (2 Tim. 4:6-8, 16). Luke was presently with him, and Paul requests that Timothy and Mark come to him before the onset of winter (2 Tim. 4:9-21). According to tradition Paul was executed during the reign of Nero, who instigated his persecution of Christians in the summer of 64 and committed suicide in the summer of 68 (Eusebius, Eccl. Hist. 2.25.1-8).
In the next post we will address the question of authorship.
--Kevin L. Moore