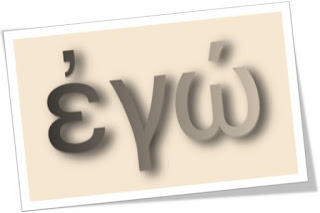 In Romans 7 Paul seems to be using a rhetorical device that employs first person terminology to convey a general truth, similar to Rom. 3:5-7 and 1 Cor. 10:29-30. Some scholars refer to this as “speech-in-character.”1 But even in a general sense, who would be included in the “I” references?

Paul is writing as an evangelist to those who have already been evangelized (note 6:3-5), so whatever he discusses is most likely an internal Christian matter. While he wants to secure the support of the Roman brethren for his planned mission to Spain (15:24-29), he also needs to address the apparent division between Gentile and Jewish believers (14:1–15:13). There were multiple circumstances that “led Paul to write a letter in which he carefully set forth his understanding of the gospel, particularly as it related to the salvation-historical question of Jew and Gentile, law and gospel, continuity and discontinuity between the old and the new” (D. A. Carson and D. J. Moo, An Introduction to the NT 407; also D. J. Moo, Romans 16-22).

The discussion in Rom. 7 particularly relates to “those who know the law” (v. 1), albeit having been “delivered from the law” (v. 6). Paul was not anti-law (cf. 3:31; 7:7, 12, 14). Rather, he understood that apart from the faith of Christ justification before God cannot be secured by meritorious works of the law (3:20-31; 9:30-32). The argumentation in Rom. 7 is from the perspective of a mid-first-century Jewish Christian (like Paul himself), the application of which was almost certainly not intended to be limited so narrowly.
--Kevin L. Moore