Synoptic Confusion: Matthew’s “Two” vs. Mark and Luke’s “One”? 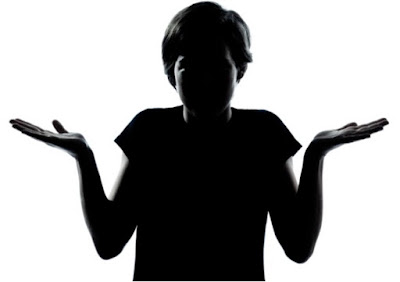 Searching for a Reasonable Explanation

Critical scholars are quick to accuse Matthew of having altered these accounts with an apparent inclination to “double.”1  However, Matthew shares a number of miracle stories with the other Gospels wherein this alleged doubling does not occur.2 Matthew also reports a separate occasion when Jesus healed two blind men (9:27-31), unparalleled elsewhere.3  Matthew and Mark speak of a single angelic figure at Christ’s empty tomb (Matt. 28:2-7; Mark 16:5-7), while Luke mentions two (24:4-5). Matthew and Luke record the Lord’s prediction of the crowing of a rooster (Matt. 26:34; Luke 22:34; also John 13:38), while Mark alludes to the rooster crowing “twice” (14:30, 72). Obviously there is no consistent pattern of doubling in any of the Gospels. It is more likely that each author, according to his immediate purpose, has at times focused on certain details ignored by others, or has omitted particular elements highlighted by others.

Neither Mark nor Luke uses the word “only” when speaking of the demoniac, blind man, or donkey, nor do Matthew and Mark use the word “only” when speaking of the angelic figure. If I were to say that my daughter fell off the trampoline and broke her arm, some might conclude that I have only one daughter. But if my wife adds that both our daughters were jumping on the trampoline when the accident occurred, surely no one would accuse us of contradicting each another.

Putting it in Perspective

When comparing synoptic accounts, it is helpful to remember that Matthew reports as an independent eyewitness. He mentions “two” because that is what he saw. He also writes as a former tax collector (Matt. 10:3). Not only do we find several financial transactions referenced in Matthew’s Gospel,4 we also see an affinity for numbering. In passages where Matthew employs cardinal numbers, the parallel Gospel accounts do not. Matthew alone reports that Jesus specifically called “two” brothers and “two” other brothers (Matt. 4:18, 21), disciples will sit on “twelve” thrones (Matt. 19:28), Zebedee’s “two” sons (Matt. 20:21; 26:37), “two” false witnesses (Matt. 26:60), and one of “two” prisoners (Matt. 27:21).

Only Matthew recounts a pair of demoniacs (8:28), while the particular one who responded to Jesus, sat at his feet, and subsequently became the Lord’s emissary is the singular focus of the parallel accounts (Mark 5:18-20; Luke 8:35, 38). There was no practical reason for Mark and Luke to have taken notice of the other man while giving attention to the character most relevant to the story. Matthew’s record is broader and more general, while Mark and Luke are singularly focused.

Only Matthew documents a couple of blind men near Jericho (20:30), yet again Mark and Luke offer a more targeted narrative. In fact, Mark provides a name (Bartimaeus), indicative of a prominent figure familiar to the local community and/or to Mark’s readers. If the identity of the other blind man was unknown at the time of writing or simply not pertinent to the story as presented by Mark and Luke, making reference to him would serve no useful purpose.

In Matthew’s version of the triumphal entry there are two animals: a young donkey and its mother (21:2-7); just one is alluded to by Mark and Luke (and John), again with precision of focus. Seeing that the colt had never been ridden (Mark 11:2), it would make sense for its mother to be brought along. That Jesus sat “on them” (Matt. 21:7) could refer to both animals alternatively but more likely to the “garments” [himátia] upon which he sat.

Matthew develops the theme of Christ’s authority (cf. 7:29; 9:6-8; 21:23; etc.) and incorporates information supportive of this objective. Matthew’s tendency is to use quantity of elements to teach about Jesus, conveying the stories with brevity, while the other Gospels tend to highlight details. When Matthew reports the Lord healing many people inflicted with a variety of ailments (15:30-31), Mark focuses on just one of them (7:31-32). Mark and Luke record words spoken by a centurion at the cross (Mark 15:39; Luke 23:47), while Matthew includes “those with him” (Matt. 27:54).5

Brevity, omission, abridgment, emphasis, and focused precision are among the plethoric narrative options for any given author. The parallel accounts where Mark and Luke report “one” and Matthew “two” demonstrate authorial selectivity, with Mark and Luke having reduced the number rather than Matthew having doubled it. A sympathetic and fair appraisal of the passages in question confirms each as an independent witness, while supporting their collective integrity and deepening our appreciation for biblical variety, harmony, and accuracy.6

Related Posts: Authorship of the Gospels, Uniqueness of Mark's Gospel, Matthew's Opened Graves and Resurrected Saints, What Did the Centurion Say?
Related articles: Eric Lyons, How Many at the Tomb?