What Did the Centurion Say? 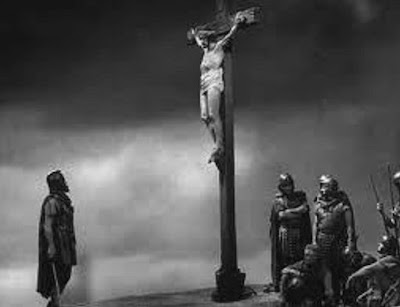 Matthew reports that a centurion and those with him, having witnessed the extraordinary events surrounding the Lord’s crucifixion, were fearful and said, “Truly this was theoû huiòs” (Matt. 27:54).1 Mark informs his readers that the centurion, having observed the manner of Jesus’ passing, exclaimed, “Truly this man was huiòs theoû” (Mark 15:39). If these words were originally spoken in Latin (the language of the Romans), Matthew and Mark have provided Greek translations that have been preserved in the Greek New Testament. The challenge for English readers is determining the sense of the predicate nominative and its modifier (left untranslated above) in the respective accounts.

Most translators have opted for the insertion of the definite article and capitalization to make a theological statement: “the Son of God.” But was this the original intent (and understanding) of this pagan officer and his colleagues? The phrase as recorded by Matthew and Mark could legitimately be interpreted and rendered, “a son of God” or “a son of a god.” Unless one is inordinately devoted to the translational decisions of uninspired linguists, one should consider all options and let the biblical text itself in light of the circumstances and the overall context of scripture be the determinative factor.

Luke reports this incident as well, observing that the centurion, moved by what he saw, glorified “God” [tòn theòn] and called Jesus a “righteous” [díkaios] man (Luke 23:47). Luke’s account seems to suggest that the pagan soldier was aware of “the God,” whether in the henotheistic sense of a supreme deity above the lesser ones, or in the biblical sense of the one true God exclusively (cf. 1 Cor. 8:4-7). Either way, the description of Jesus as a “righteous” [díkaios] man helps clarify the intent of the centurion’s words as recounted in the other Gospels.

The adjectival díkaios in the New Testament conveys the sense of “righteous,” or “upright,” or “just” (in God’s sight), i.e., “innocent” or “faultless.” This was the mutual consensus of Pontius Pilate, Pilate’s wife, and Herod Antipas in their assessment of Jesus (Matt. 27:4, 18-24; Luke 23:4, 14-22; John 18:38; 19:4-6). The centurion and those with him at the cross apparently shared the same sentiment. It is surely within the realm of possibility that Luke had personally met and interviewed this man (cf. Luke 1:1-4) and was therefore able to capture the true intent of what he said. Matthew and Mark simply recorded the words in Greek without further clarification or explanation.2 The expression huiòs theoû may simply have been an idiomatic way of describing a “godly” person.3

Irrespective of English translation, the centurion’s statement as reported in the respective Gospel accounts unlikely reflects the same understanding and faith developed in others who had much greater observational and learning opportunities (Matt. 14:33; 16:16; John 20:31; etc.). The fact that the Lord Jesus Christ is the Son of God is well attested by numerous witnesses throughout the New Testament,4 and is not dependent on this isolated case.