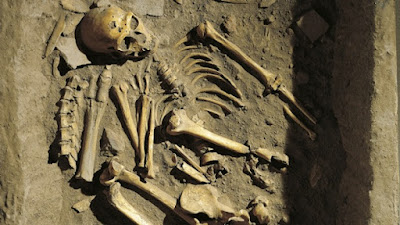 According to the ASV and KJV translations, God instructed Adam and Eve, “Be fruitful and multiply, and replenish the earth …” (Gen. 1:28, emp. added KLM), with the same directive given to Noah and his sons (9:1). Since the word “replenish” essentially means “populate again,” does this indicate a cycle of human races being created and proliferating, destroyed, then God starting over again? Would this explain the discovery of human remains tens of thousands of years old?

The Hebrew verb in these texts is mala, meaning to “fill.” The same word is also used in Gen. 1:22; 6:11, 13; 21:19; 24:16; etc. The KJV and the ASV render it “replenish” in Gen. 1:28 and 9:1, whereas most other English versions consistently employ the word “fill,” including the New King James Version and New American Standard Bible (revisions of these older works). No cyclical rise and destruction and replacement of human races is explicitly revealed in scripture, only the creation, the flood, and the future judgment.

As for the discovery of human remains dated older than 10,000 years, radiocarbon dating works on the assumption that rates of carbon production and decay have remained consistent for thousands if not millions of years (uniformitarianism). But this is an unprovable assumption and, in my opinion, improbable. Environmental factors, such as instantaneous creation, a catastrophic flood, centuries of volcanic eruptions and forest fires, pollution, et al., would significantly disrupt alleged environmental constancy. Assumptions have to be made about starting points and conditions in the distant past, as well as decay rates through the ages, guided by evolutionary presuppositions. Antitheistic scientists tend to speak definitively about the age of humans and the age of the universe, but not everyone shares their presuppositions or blindly trusts their conclusions.

I side with the psalmist’s appraisal of divine revelation, “The entirety of Your word is truth, and every one of Your righteous judgments endures forever” (Psalm 119:160 NKJV).