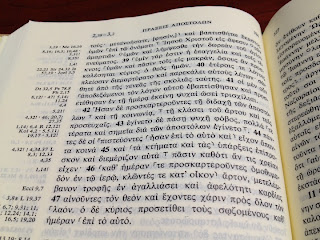 Related Posts: Cross-bearing, The First Missionary Journey, Questions About Baptism (Part 3), Preach Jesus, What must I do to be saved?, Where's the Church?
Posted by amerikiwi at 21:36