Around the World in Three Decades 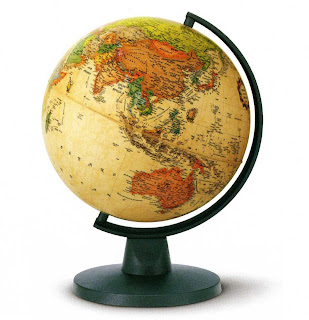 The book of Acts covers the first thirty-two years of the Christian mission (AD 30-62), and the eighth verse of the first chapter serves as the outline of this early history of missions document. Christ’s testimony was to be proclaimed “in Jerusalem, and in all Judea and Samaria, and to the end of the earth” (NKJV). The Acts narrative follows this outline as the gospel is first preached in Jerusalem (2:1 ff.), then spreads to the surrounding region of Judea (2:14; 5:16; 8:1; 9:31), further north to Samaria (8:1, 5, 25), and beyond (9:2 ff.). By the time Acts closes, Christianity has extended as far as Italy (28:11-16), but no definitive record is given of the gospel having reached areas west of Rome, east of Syria, or south of Palestine. However, since the book of Acts was not intended to give a comprehensive account of every single event that occurred in the early church (cf. Galatians 1:15–2:14; 2 Corinthians 11:24-29), the dissemination of Christ’s message appears to have been much broader than a mere surface reading of the text may indicate.

The number of disciples in Jerusalem in the year 30 rapidly grew from 120 (1:15) to 3,000+ (2:41) to 5,000+ (4:4) and more (5:14; 6:7). Prior to Stephen’s martyrdom, it has been estimated that the number of Christians in this city may have reached as many as 20,000 or more. Multitudes of Jewish believers “from every nation under heaven” dispersed from Jerusalem around 33, going “everywhere preaching the word” (2:5; 8:4). Twenty-four years later there were “myriads” (lit. ‘thousands upon thousands’) of Jews (not counting the huge number of Gentiles) who were believers (21:20). While Luke focuses primarily on the missionary activities of Paul and his co-workers, who obviously had not gone everywhere themselves (cf. Romans 15:22-24), a host of other Christian missionaries were also actively going throughout the world (cf., e.g., Acts 8:25, 40; 11:19-21; 15:39; 18:24-28; etc.).
There are a number of localities mentioned in Acts where the gospel was definitely taken, although no specific reference is made as to when or by whom this originally occurred, i.e. Galilee (9:31) and Cilicia (15:23); various parts of Syria (15:23), including Damascus (9:2, 10); Cappadocia and Pontus (2:10; cf. 1 Peter 1:1); Bithynia (16:7; cf. 1 Peter 1:1); various cities of Asia Minor (19:10; cf. Colossians 1:2; 4:13-16; Revelation 1:11); Troas (16:8-11; 20:6-12); Cenchrea (18:18; cf. Romans 16:1); Crete (2:11; 27:7-8; cf. Titus 1:5); and Italy, including Puteoli and Rome (28:13-15). There are also places mentioned in Acts where the gospel was likely preached, although no specific reference is made as to when or by whom this occurred, namely Arabia (2:11; cf. Galatians 1:17); African nations, like Egypt (2:10; 18:24), Lybia (2:10; cf. 11:20; 13:1), and Ethiopia (8:27, 39); and the eastern provinces of the Roman Empire and beyond, such as Parthia, Media, Elam, and Mesopotamia (2:9) – regions now called Iran, Iraq, Turkey, Armenia, etc.
There are also places not mentioned in Acts where the gospel definitely spread, like Illyricum (Romans 15:19) – the country northwest of Macedonia, the southern part of which was Dalmatia (2 Timothy 4:10), present day Croatia. Further, there was Nicopolis (Titus 3:12), although its location is uncertain due to different cities sharing this same name in various places, including Asia, Africa, and Europe. While it is possible that this particular Nicopolis was in Thrace (near the borders of Macedonia) or in Cilicia, more likely it was in the province of Epirus in northwestern Greece. There are also places not mentioned in Acts where the gospel probably reached, such as Spain (Romans 15:24, 28; cf. First Epistle of Clement to the Corinthians 5.5-7).
General statements about the widespread distribution of the gospel occur frequently in scripture (e.g. Romans 1:8; Colossians 1:23; 1 Thessalonians 1:8). Around 57 Paul quoted Psalm 19:4 (about the universal testimony of God’s creation), which he applies to the world-wide preaching of the gospel, particularly among the Jews (Romans 10:18). Some consider Paul’s application to be somewhat exaggerated, and it is possible that he simply had in mind the civilized realm of the Roman Empire (which in itself is quite impressive!). But the fact that Christ had predicted that prior to the destruction of Jerusalem in the year 70 “this gospel of the kingdom will be preached in all the world” (Matthew 24:14) lends credence to a more straightforward interpretation of this passage. Apparently Paul felt that at least the areas of Palestine, Galatia, Asia, Macedonia, and Achaia had been (or were being) sufficiently evangelized at this time (Romans 15:23).
One cannot escape the fact that the gospel is universal in scope (Mark 16:15), and by the year 62 Paul affirmed that it had been diffused “in all the world” (Colossians 1:5-6). Hyperbole (exaggeration for the sake of emphasis) does not adequately describe the apostle’s language here, and whether this is understood simply as a “prophetic prolepsis” (anticipating future fulfillment) or an allusion to the whole Roman Empire, it is entirely plausible that the gospel had literally been taken around the inhabited globe by this time.
At the beginning of the 1st century AD, the entire population of the world is estimated at about 300 million. If the approximately 20,000 Christians in 33 each shared the gospel with one person per year, who in turn shared the gospel with one more person each year and so on, it would have taken only about fourteen years to reach the entire population of the world! The extent of the gospel’s proclamation appears to have been much greater than what is specifically documented in the New Testament, and the incredibly widespread diffusion of the Christian movement in just three decades cannot be denied.
Our almighty God accomplished this amazing feat with our 1st-century brethren (Acts 14:27; 15:4; 21:19) without the modern conveniences of air travel, motorized vehicles, mass media, or advanced health care. What, then, is keeping us from going throughout the whole world with the gospel today? We serve the same Lord and preach the same message and have the necessary resources to get the job done. Perhaps all we lack is the same level of conviction, commitment, and zeal. The time is now for God’s people to step out in faith, both individually and collectively, and allow our powerful Creator to accomplish his will through us. “The harvest truly is great, but the laborers are few; therefore pray the Lord of the harvest to send out laborers into His harvest” (Luke 10:2).
--Kevin L. Moore

Related Posts: And With Many Other Words, The First Missionary Journey, Matthias: the Forgotten Apostle
Posted by amerikiwi at 20:45